78 percent of the time Milwaukee police use force, the person arrested is Black 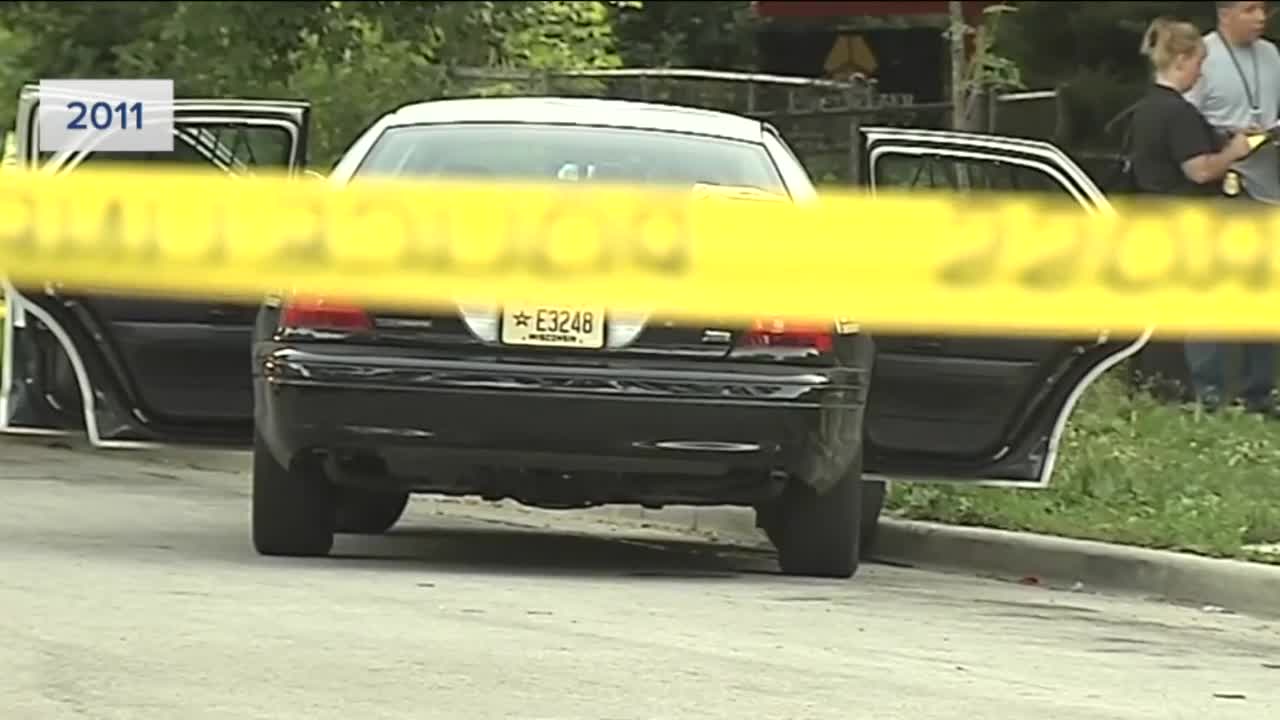 A decade before the words "I can't breathe" became the national rallying cry for the Black Lives Matter movement, they were said in the back of a Milwaukee police car. In 2011, 22-year-old Derek Williams gasped for air asking for help. Minutes earlier, officer Richard Ticcioni had Williams pinned to the ground with a knee across his back.

MILWAUKEE — A decade before the words "I can't breathe" became the national rallying cry for the Black Lives Matter movement, they were said in the back of a Milwaukee police car.

In 2011, 22-year-old Derek Williams gasped for air asking for help. Minutes earlier, officer Richard Ticcioni had Williams pinned to the ground with a knee across his back.

"He was in medical distress, why? Because fellow officers restrained him and broke a bone in his neck so he couldn't breathe, he was murdered," said attorney Robin Shellow back in 2012 about the incident.

Williams died in police custody. The Medical Examiner originally ruled the death natural, but later changed it to homicide.

The three officers, Ticcioni, Jeffrey Cline and Jason Bleichwehl were cleared of any wrongdoing and were not disciplined.

Milwaukee Police Chief Alfonso Morales says incidents like this have changed the department.

"I think we've come a long way in the last two years," Morales said. "We've had some instances and I can't forget about them because it put us in the direction that we are now."

Morales says a big part of that is training officers to de-escalate tense situations, using force only when necessary.

But Fire and Police Commission records reviewed by the I-Team show the use of force is still prevalent when arresting African Americans.

Milwaukee police use of force graphic 1

In 2018, reports show that 78 percent of the time officers used force, the person was Black.

That's an increase from 2011, the year Williams died, in which 75 percent of use of force incidents involved a Black person.

Every year in between, 73 percent or more of those incidents involved an African American, in a city that's nearly 40 percent Black.

"Nothing is different," Shellow said in an interview last month. "It's intimidating, it's bullying, it's terrorizing. You can't terrorize a community into lawfulness."

Shellow believes little has changed since Williams' death in 2011.

"We talk about it as a culture of change and the culture is going in the wrong direction," she said.

Morales said the high use of force numbers against African Americans comes from the high number of times police are called to those neighborhoods. Police Districts 3, 5 and 7 made up 64 percent of all 2018 use of force incidents.

Milwaukee police use of force graphic 2

"The police are being requested by the community to respond there," Morales said. "It's not like the police say, 'I think today we're going to go there. We're going to make arrests.' A lot of those arrests are activated by calls for service."

Milwaukee police use of force graphic 3

Indianapolis police told us they used force a total of 1,397 times in 2018, in about 4 percent of their arrests.

Shellow says even that much is too much force.

"We have to start at the beginning. Are we hiring people who are capable of empathy and can they talk themselves and other people into a safer situation?" Shellow said. "If they need their guns and their tasers and billy clubs to do that then we are hiring the wrong people."

Morales acknowledges there is much to do. Bias and racism need to be rooted out in a police force that is only 17 percent African American in a city that's almost 40 percent Black.

"God bless the person that comes from up north Wisconsin to work for the police department," Morales said. "It's well-intentioned. But if you've never worked with a person of color or grew up with a person of color or seen a person of color other than on TV, now you're assigned to the night shift. You may be assigned to a district where it's predominantly people of color and now, every call that you respond to is a call in crisis. It can have a negative impact on your opinions and those opinions can grow year after year if you don't have a diverse enough police department. If you say, 'well that's the norm that I'm going to,' because those calls for service are going to be a constant. But understand, that call for service is only a small percentage of the community."

The words "I can't breathe" have to be taken seriously by Milwaukee police officers, and get medical attention immediately.

Ticcioni, who put his knee across Williams' back and ignored his cry for help, is still on the force and was promoted to detective in 2016.

Use of force data is only available through the Fire and Police Commission to the year 2018. We've asked the FPC for their report on last year's use of force multiple times, and have not yet heard back about that report.