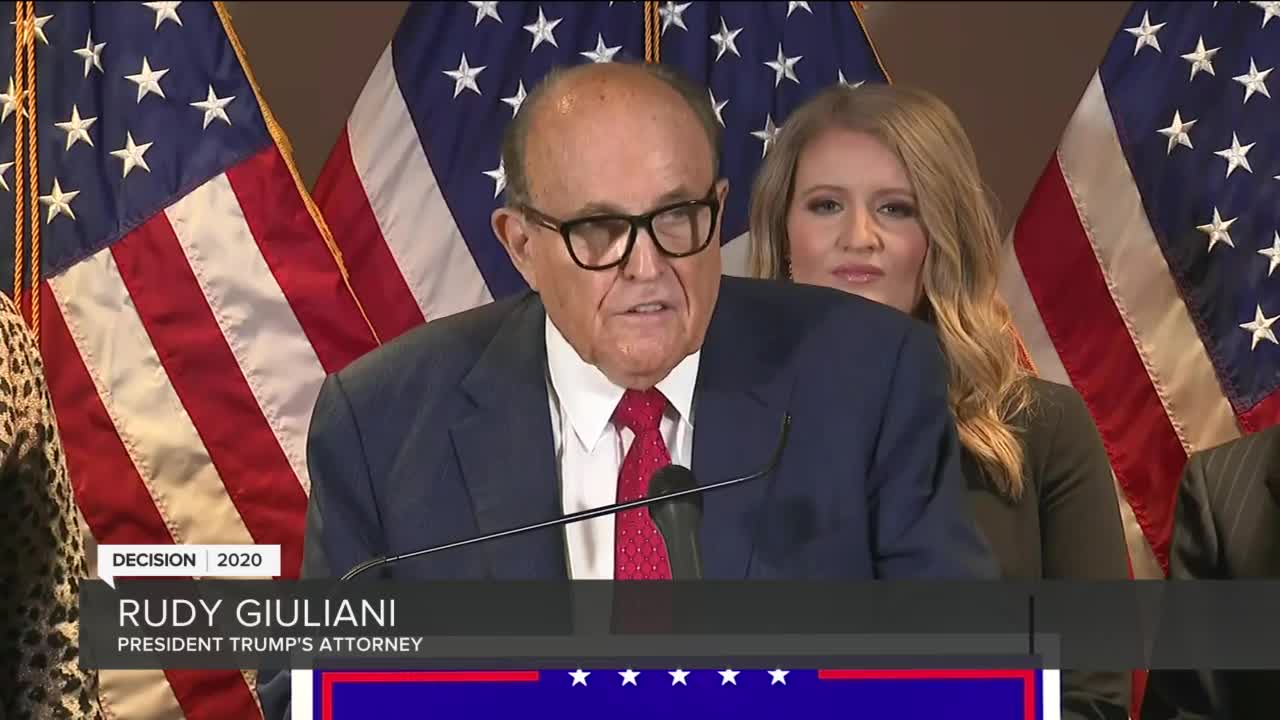 President Trump's fixer and personal lawyer, Rudy Giuliani, is falsely claiming that Trump won the presidential election in Wisconsin "by a good margin." 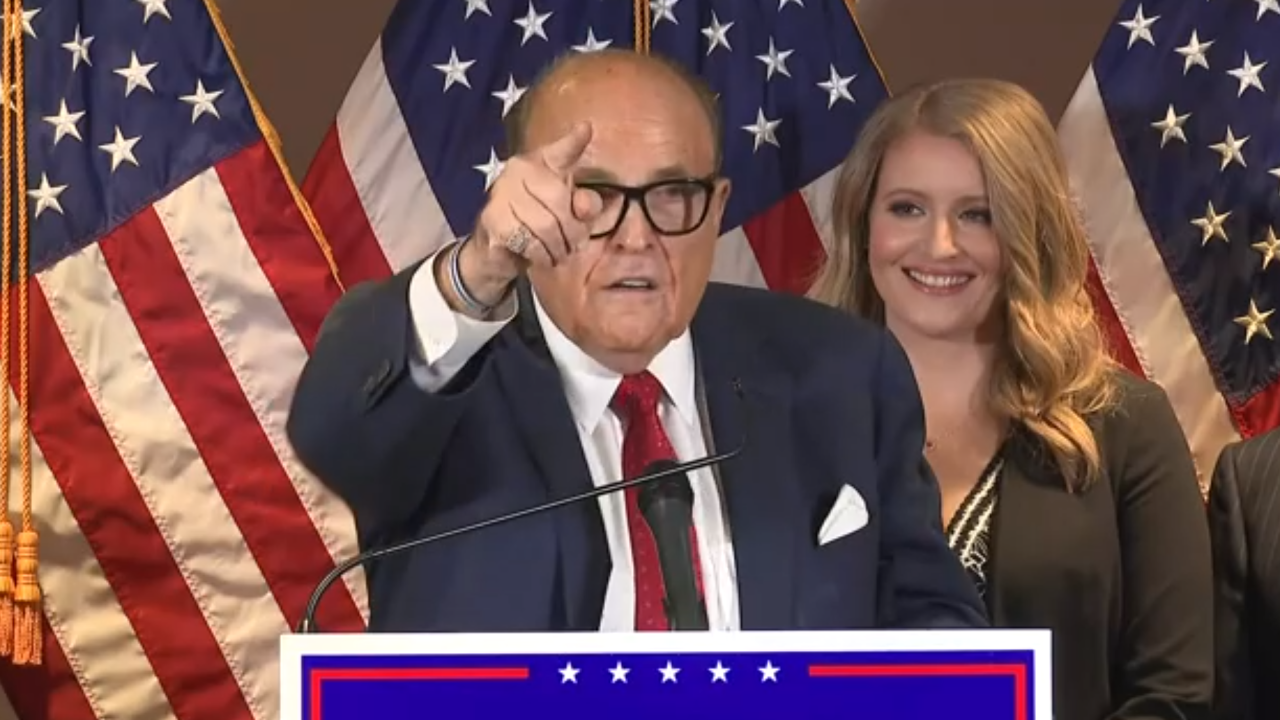 President Trump's fixer and personal lawyer, Rudy Giuliani, is falsely claiming that Trump won the presidential election in Wisconsin "by a good margin."

During a press conference Thursday, the former mayor of New York City said that the president carried the state only "if you count the lawful votes."

However, unofficial election results show Joe Biden carrying the Badger State by 20,600 votes - a number that even increased slightly following the canvassing process that has now concluded in all 72 counties. Wisconsin elections officials also continue to conclude that the state's election was fair and legal, finding no evidence of election fraud or illegal voting.

But members of Trump's circle continue to insist otherwise, with Giuliani's allegations only the latest in rhetoric from the president and his supporters that started even before the election concluded.

Giuliani also alleged Thursday - contrary to the conclusions from elections officials - that Republicans were "shut out" from the absentee process, and not allowed to inspect ballots, in both Milwaukee and Madison. The Trump campaign has officially requested a recount in only two Wisconsin counties, Milwaukee and Dane counties, and the former mayor hopes now to snuff out what he claims were "illegal votes."

"Under the law of the state of Wisconsin already decided," he said. "If there is no application for an absentee ballot, the absentee ballot is thrown away. This all happened in two places in Wisconsin. Didn't happen in northern Wisconsin... it happened in a place where the vote was 75-80% for the Democrat. You take away any number of those. And that 20,000 lead disappears."

"We have to first create a contest in Wisconsin," he said during the press conference. "Before we can move to bring a fulsome federal lawsuit. The contest from everything I can see is going to overturn the vote, because it's going to show somewhere around 100,000 illegal balance in two counties that Biden carried by 75 - 80%."

"[Milwaukee and Dane counties] were chosen because they are the two counties that have a very high percentage of Democratic voters," said Barrett. "Everybody knows this is an attack on cities, on minorities and places that historically have voted, democratic. Don't let anybody fool you, that this is about irregularities. This is flat out an attack on democracy in cities and places where people of color live."