'This is an attack on democracy in cities and places where people of color live': Milwaukee Mayor Tom Barrett condemns recount requested by Trump campaign 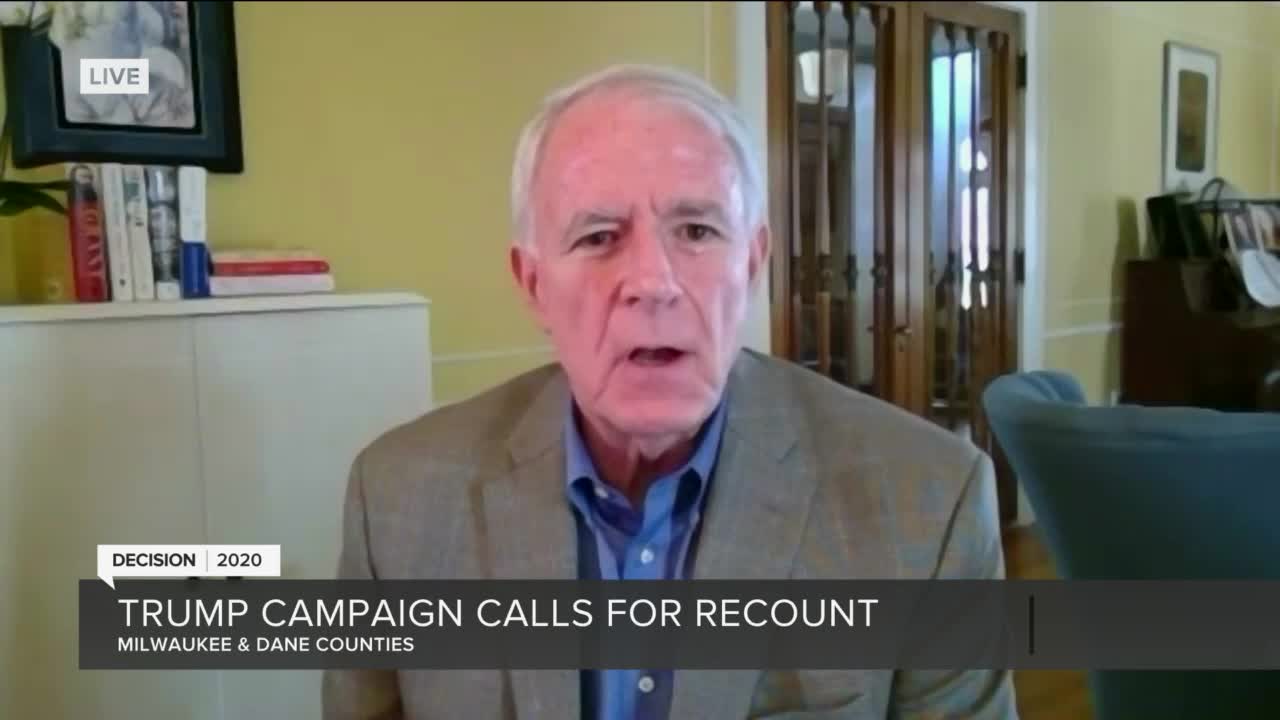 Mayor Tom Barrett spoke to the media Wednesday after the Trump campaign requested a recount in Milwaukee and Dane counties.

The Wisconsin Elections Commission has confirmed that no alterations were made.

Milwaukee Mayor Tom Barrett addressed the allegations and the recount Wednesday during a press conference.

Also, when announcing the request for a partial recount, the Trump campaign said, "These two counties were selected because they are the locations of the worst irregularities."

Mayor Barrett responded to the claim saying that allegation was false.

"That's not why they were chosen. They were chosen because they are the two counties that have a very high percentage of Democratic voters," said Barrett. "Everybody knows this is an attack on cities, on minorities and places that historically have voted, democratic. Don't let anybody fool you, that this is about irregularities. This is flat out an attack on democracy in cities and places where people of color live."

Mayor Barrett assured that there will be proper security during the recount and that officials will be taking it "very seriously."

The Biden campaign has since made a statement following the Wisconsin recount saying, "A cherry-picked and selective recounting of Milwaukee and Dane County will not change these results. Election officials worked extremely hard under unprecedented circumstances to ensure all votes were counted quickly and accurately, and the recount demanded and paid for by the Trump campaign will once again confirm Joe Biden’s victory.”

Soon after, the Trump campaign responded, “The people of Wisconsin deserve to know whether their election processes worked in a legal and transparent way. Regrettably, the integrity of the election results cannot be trusted without a recount in these two counties... We will not know the true results of the election until only the legal ballots cast are counted."