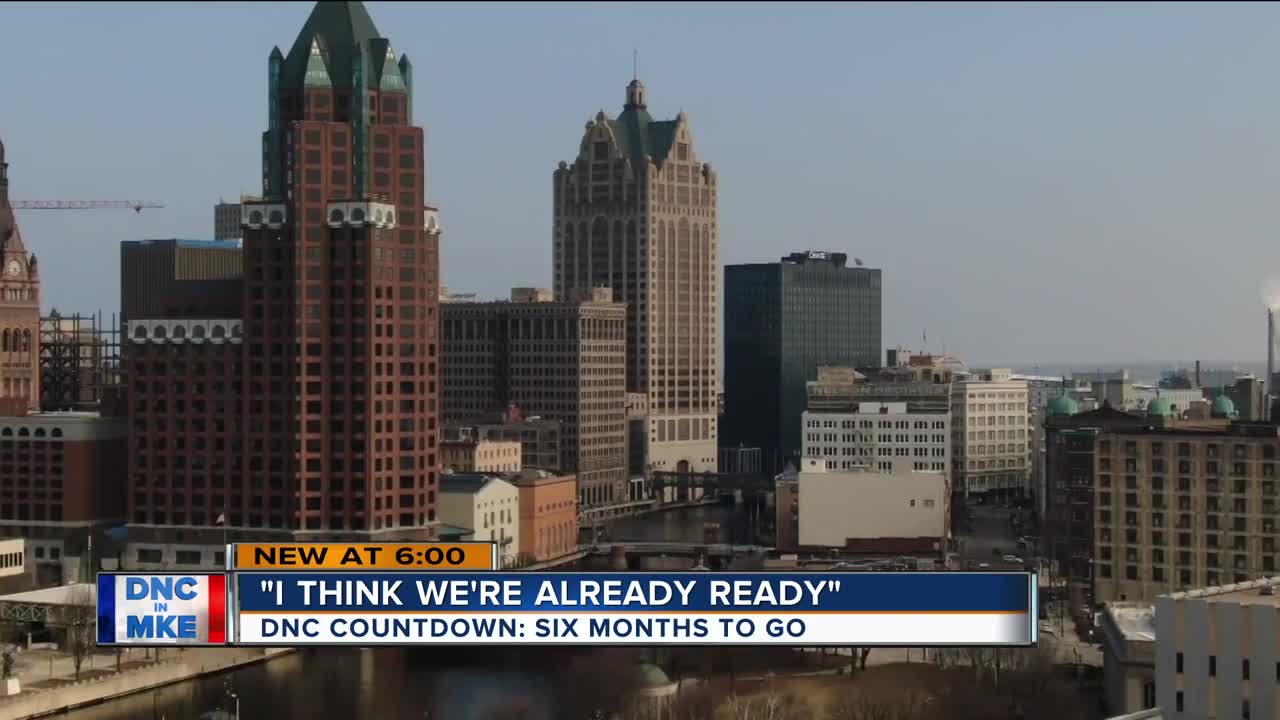 Six months from today all eyes of the political world will be on Milwaukee. The countdown clock says 181 days to the Democratic National Convention. Will Milwaukee be ready?

MILWAUKEE — Six months from now all eyes of the political world will be on Milwaukee. The countdown clock says 181 days to the Democratic National Convention.

Will Milwaukee be ready?

Alex Lasry has been involved with bringing the Democratic National Convention to Milwaukee from day one - but even he admits mixed feelings as July 13th approaches.

"It's something I think is really exciting but also a little nerve-wracking, said Lasry, the DNC Host Committee Finance Chair.

The convention is expected to bring 50,000 visitors, including delegates and media, and up to $200 million in economic impact.

But Lasry believes it's more than just delegates and dollars - it's also about civic pride.

Make no mistake, Lasry knows the events inside Fiserv Forum will be pure politics as Democrats try to make their case to win the White House.

But he sees the events outside of the arena as a big win for downtown.

"I think it sets up this convention to be more inclusive and I think be more connected to the entire city, than conventions in the past," said Lasry.

With six months to go - there's still lots of work to be done.

"How confident are you that the city and the arena will be ready?" ask Charles Benson.

"I think we're already ready," said Lasry. "You know, and I think, you know the fact that we got the convention and made the bid showed that the city was ready and now it's just up to us to reinforce that."