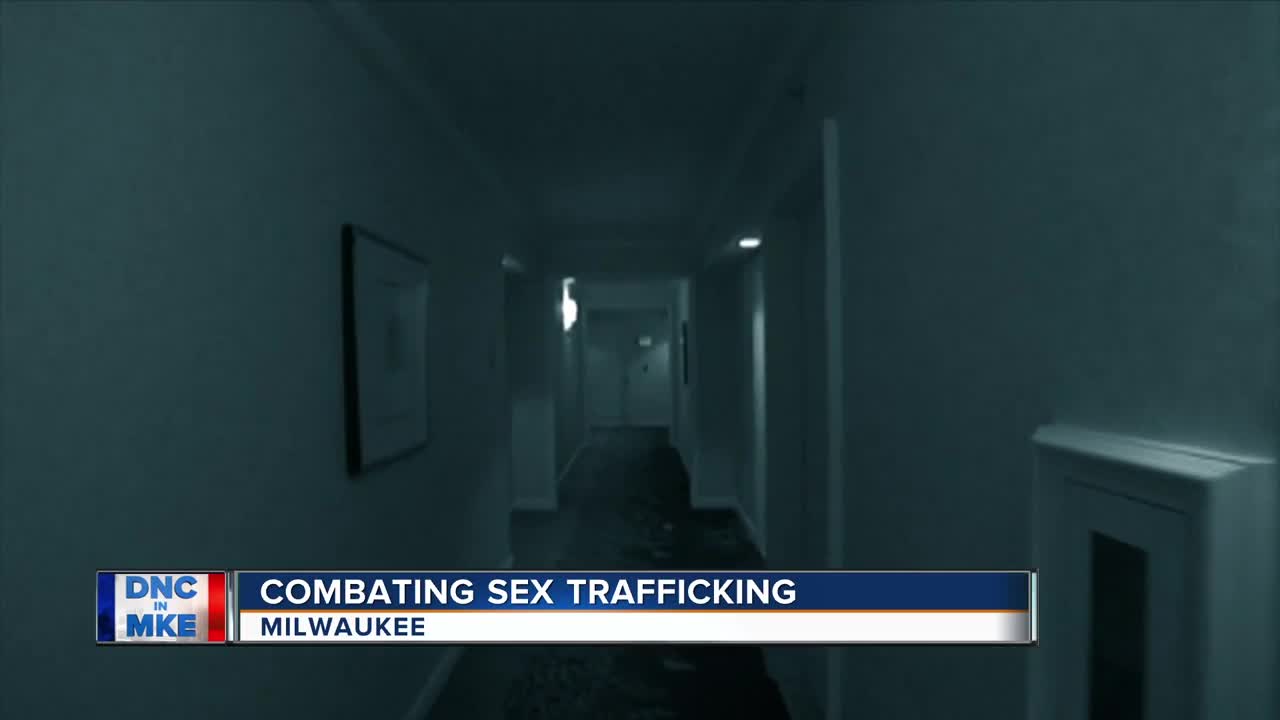 While Milwaukee is expected to benefit from the Democratic National Convention, big events like this come with a dark concern.

MILWAUKEE — While Milwaukee is expected to benefit from the Democratic National Convention, big events like this come with a dark concern.

Sex trafficking tends to spike during large events. Activists say things like the Super Bowl or large conventions like the DNC bring an influx of money and new people to a city.

So, the possibility of those trying to solicit sex increases.

However, the Public Safety & Health Committee hopes the Milwaukee Police Department can share their strategy to prevent this from happening during the DNC.

"We seem to be leading the pack across the country on this issue," Alderman Bob Donovan said.

The Milwaukee Commission of Domestic Violence & Sexual Assault says in 2016, 7,000 people were reported as trafficked in Wisconsin alone.

Ald. Milele Coggs wants to make sure they are in the know of what steps local and federal law enforcement are taking to quell the issue.

"We know with the level of hotels we have, and the fact almost all are booked already for the DNC, it is a high probability there will be some people attempting to do it," Coggs said.

Because a lot of the illicit activity happens in hotels, Coggs says those employees can be the best prevention effort. She hopes MPD can work with local hospitality industry employees to spot the offenders and call law enforcement.

"They're the eyes and ears on the ground," Coggs said. "They're the ones who see who is checking into the rooms, who is sitting in the lobby. The more they know and are educated about how to identify human trafficking, the better."

Local and federal law enforcement entities are already working together on the issue. They say it's one of the top priorities heading into the DNC.

"This is something we're happy to work on," Nicholas DeSiato, MPD Chief of Staff said. "And we have been working on for a safe and successful DNC."

"You collaborate with your partners," Trevor A. Sisk, FBI Supervisory Special Agent said. "Which we've been doing. Making sure everyone is on the same page."

Coggs says, unfortunately, this type of activity will inevitably happen before, during and after the DNC. However, she wants to make sure offenders know, they're coming after them.

"Don't come to Milwaukee with that," Coggs said. "Take that out of Milwaukee. Hopefully, this effort shows how seriously we're taking the issue. Not just during the DNC but period. Human trafficking does not have a place here in the City of Milwaukee."

MPD is expected to submit its plan to combat human trafficking for the DNC within the next two months.