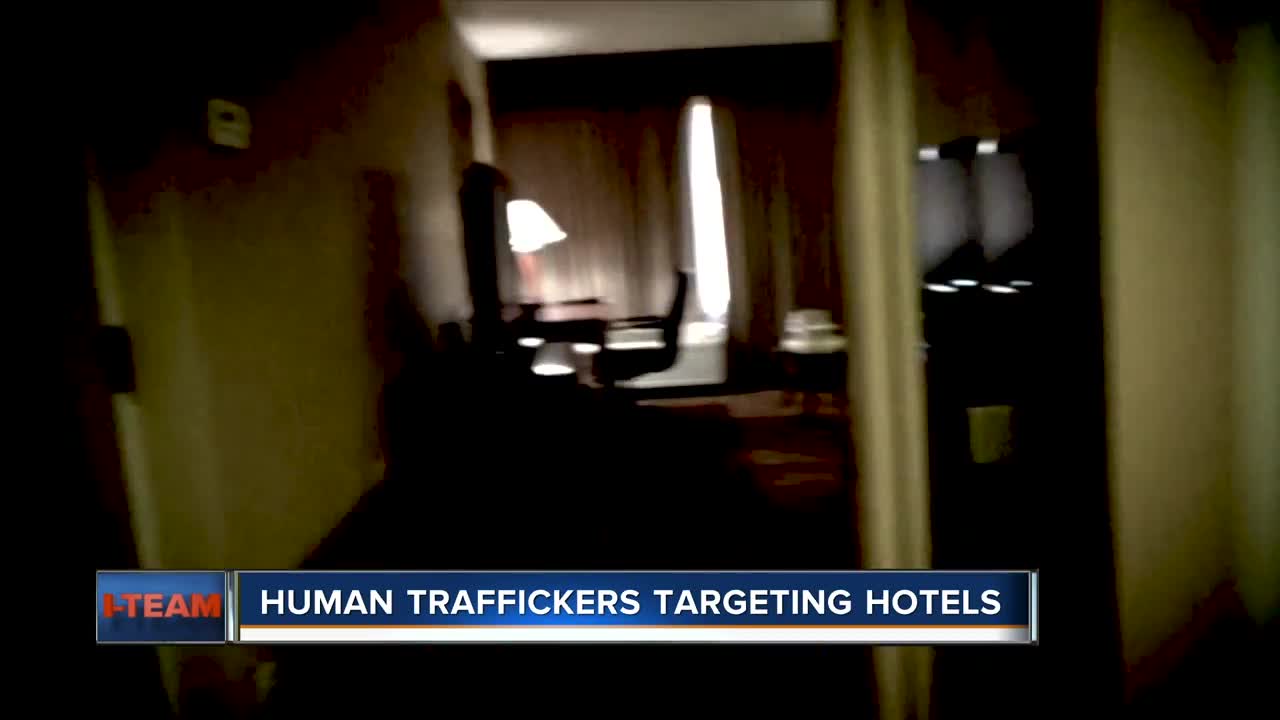 The I-Team looks into sex trafficking in and around Milwaukee as the days to the DNC wind down. Officials say major events like the DNC often see increases in human trafficking.

A strategic dark network of human traffickers is already in place in the Milwaukee area, and with major events coming in 2020 like the Democratic National Convention, some say the problem may get worse.

On a small stretch of Port Washington Road in Glendale, the I-TEAM found police have responded to five hotels more than 70 times since 2015 for human trafficking related calls.

Rojas-Delvalle turned her life around after being kidnapped at 13 years old, and being sold into what she calls "the life."

"I was totally brainwashed," she said. "I thought the money, the clothes, the cars, I thought this was life because this is what the adults were doing that were around me."

"I ended up traveling all over," Rojas-Delvalle also said. "Baltimore, DC, Indianapolis, Mississippi, everywhere, I was everywhere."

"It was like right in everyone's face but under the radar," she said.

It's a life she's proud to have left behind. She now has a son, and works with women to help them also leave trafficking behind.

"You have to blend in, meeting them on their level and then raise them up," Rojas-Delvalle said.

Meeting people where they are, to save them. In the trafficking world that often means inside hotels.

"It's comfort, this is where an individual would go for the exchange of money for sex," said Dana World-Patterson of the Human Trafficking Task Force of Greater Milwaukee.

Hotels that will soon be filled with people for major events like the Democratic National Convention.

According to World-Patterson, trafficking is about supply and demand.

"The bottom line is how much money can I make?" she said.

"Its not just a specific hotel, its every hotel," said Glendale Police Lt. Thomas Treder.

Treder sets up undercover stings at hotels in hopes of rescuing victims, and punishing pimps. He's worked with law enforcement agencies and victim advocate groups to help target traffickers who use hotel clusters like the one on Port Washington Road.

Through an open records request, the I-TEAM found 65 arrests at hotels on that stretch of road since 2015. In one instance, a victim told officers her trafficker posted ads soliciting sex with her online "all day and every day."

She told police he would drop her off at the hotels when people answered those ads, also telling them "...he will kill me one day, I'm pretty sure."

"It's not a Glendale problem, it's an all-over problem," Treder said.

A problem World-Patterson said is in their sights for the 2020 DNC.

"We want to say think twice, don't bring it here because we are thinking ahead," World-Patterson said.

"When I first was exposed to this life, everyone who didn't want to do it was looking around, as if to look, who's gonna help me? Who's gonna save me? Is anyone paying attention?" Rojas-Delvalle said.