'It’s about the money': Sex traffickers look ahead to 2020 Democratic National Convention 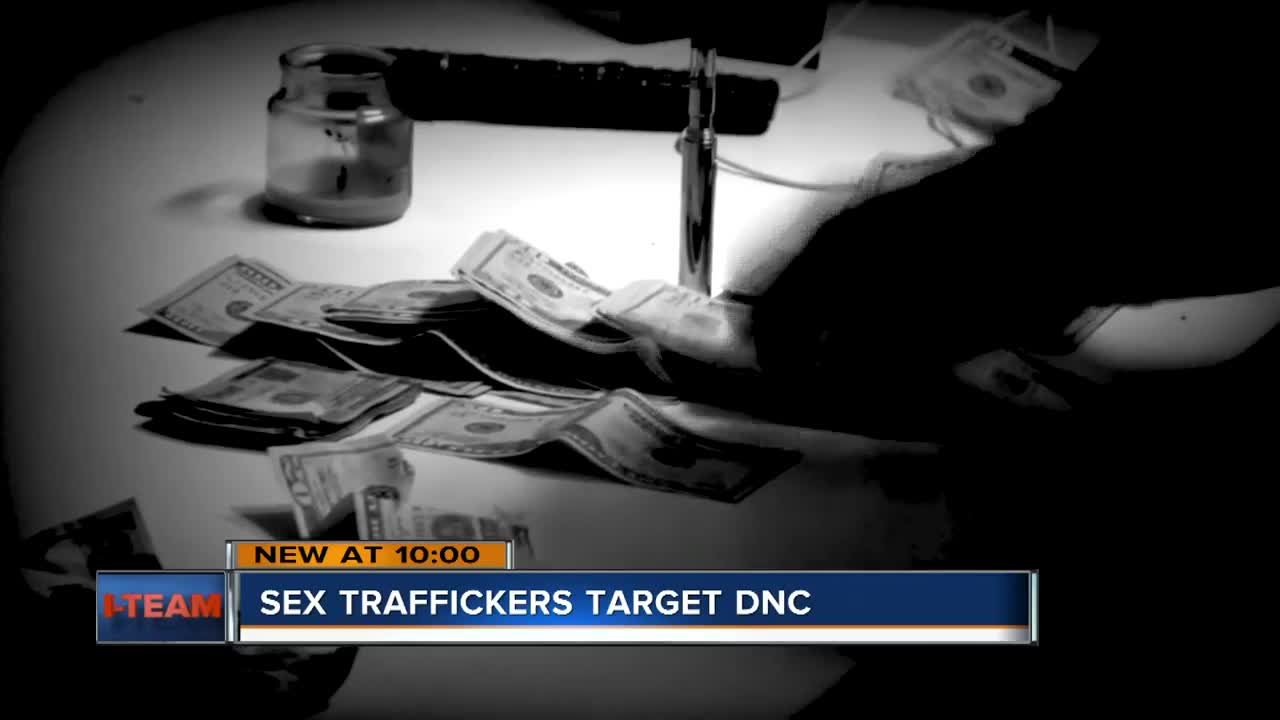 As the DNC approaches, those who fight sex traffickers are ramping up their efforts to curb any illegal activity. As TODAY'S TMJ4 explains, sex traffickers target large events like the DNC.

In one year, Democrats will choose their choice for president, right here in Milwaukee. But big events like political conventions come with a dark side.

The I-Team discovered how the crime of human trafficking is already a big worry in Milwaukee as tens of thousands of people plan to descend on the city.

“When you have powerful men with money and free inhibitions coming to city where they don't know anyone, chances are their more likely to do things they normally wouldn't do when they're, say at home,” said Emmy Myers of Lacey’s Hope Project.

Myers escaped the life, and is now fighting back. She says the best way to fight human trafficking, is to understand it.

Sex trafficking and the DNC

“We want people to know that these victims that may be at the DNC or any other large gathering are going to look like normal people,” Myers said.

Thousands of people flock to national conventions every four years. In those cities, a Baylor University study found an uptick in paid sex ads online.

And it’s a problem that’s growing in Milwaukee. The FBI recorded five trafficking cases in Wisconsin in 2015. Two years later, it recorded 65 cases.

“Paid sex is forced sex. You are paying to rape someone,” Myers said.

Authorities say I-94 through Southeast Wisconsin is one of the main arteries in the country.

According to the FBI , Wisconsin ranked 6th in the nation for trafficking crimes in 2017.

“It's about green power. It’s about the money,” said Martha Love, founding member of the Human Trafficking Task Force of Greater Milwaukee .

Last year in Milwaukee, a victim told MPD her trafficker promised her they would retire after she made $50,000. She made that four times over, and he didn’t stop.

Instead she says she was beaten and raped, and she was branded with tattoos of “...his face on her back and his name...under her chin.”

She told police he was “…cruel, evil, no soul, harsh violent and dangerous, like Jekyll and Hyde.”

According to search warrants, another convicted trafficker made one of his under-age victims have “survival sex” with as many as 20 men.

These are cases Love and Dana-World Patterson have seen in their 11 years with the Human Trafficking Task Force of Greater Milwaukee. The task force works directly with law enforcement, transportation and healthcare agencies on how to stop sex trafficking.

“We're in the business of strengthening the individuals and eradicating sex trafficking,” World-Patterson said.

“Law enforcement has a better understanding of the role that human traffickers play in a lot of what appears to be at first glance just prostitution,” Kaul said.

Getting traffickers off the street, especially as they plan for the DNC.

“They are indeed going to plan ahead, but so are we,” World-Patterson said.