'Nightmare': Record number of COVID-19 deaths, hospitalizations and cases in Wisconsin on Tuesday 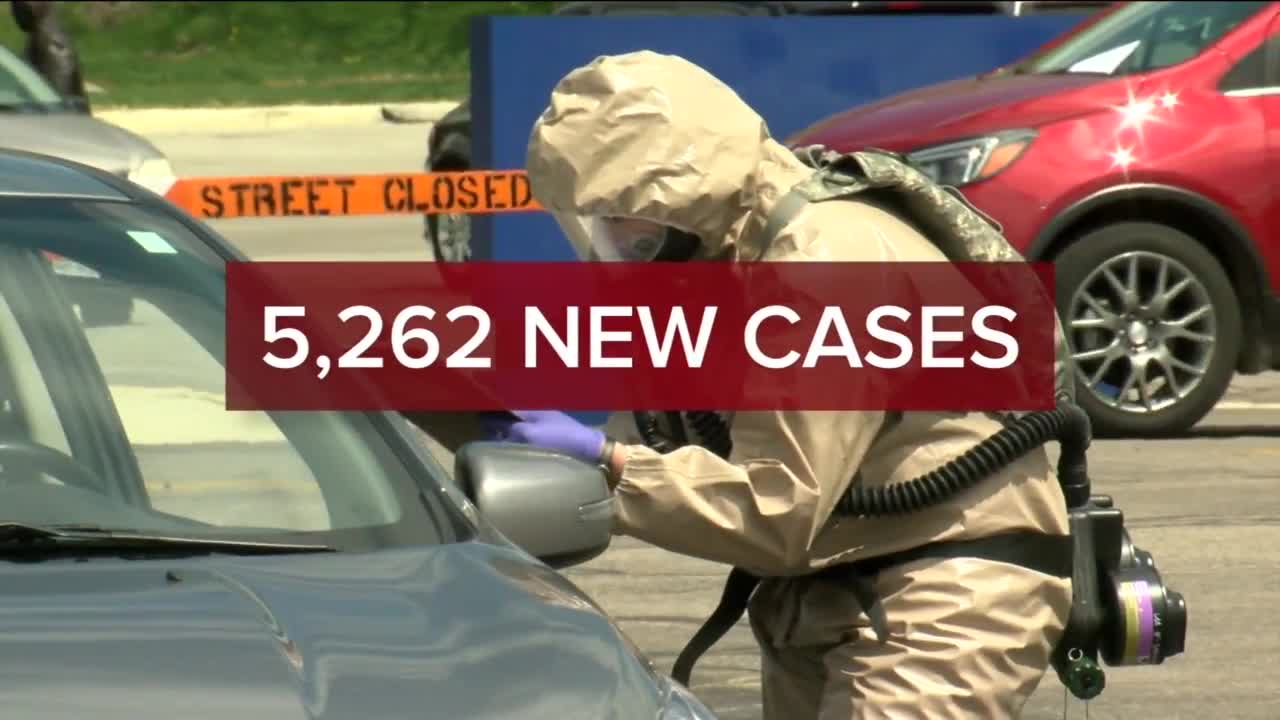 Wisconsin recorded the highest number of deaths caused by COVID-19, hospitalizations and daily cases on Monday, as the state continues to be a hot spot for the virus in the weeks leading to the Nov. 3 election.

The Department of Health Services reported 64 deaths due to complications caused by the coronavirus, by far the highest single-day total since the pandemic began. That's 16 more deaths than the previous record of 48 deaths recorded last Wednesday.

Wisconsin has also broken its record of the highest number of COVID-19 cases tallied on a single day.

Wisconsin further recorded the highest number of hospitalizations tallied on a single day, at 220, on Tuesday.

Today's #COVID19_WI update shows new highs in reported deaths and hospitalizations. Please take steps to avoid illness and protect your community. Stay home if you can, stay 6' from others, #MaskUpWisconsin, and wash your hands often. #YouStopTheSpread: https://t.co/azIna3TqRR pic.twitter.com/eTm56HQnXm

The DHS has noted before that COVID-19 numbers released on the heels of a weekend are sometimes low because the processing of COVID-19 cases and deaths declines on Saturday and Sunday. The low numbers on Monday can sometimes lead to a jump in coronavirus numbers later in the week.

In a press conference, Dr. Ryan Westergaard, Chief Medical Officer for the DHS' Bureau of Communicable Diseases, called Tuesday's numbers a "nightmare," adding that there is good reason to expect that the pandemic will get worse in Wisconsin, before we start to see a decline in cases and deaths.