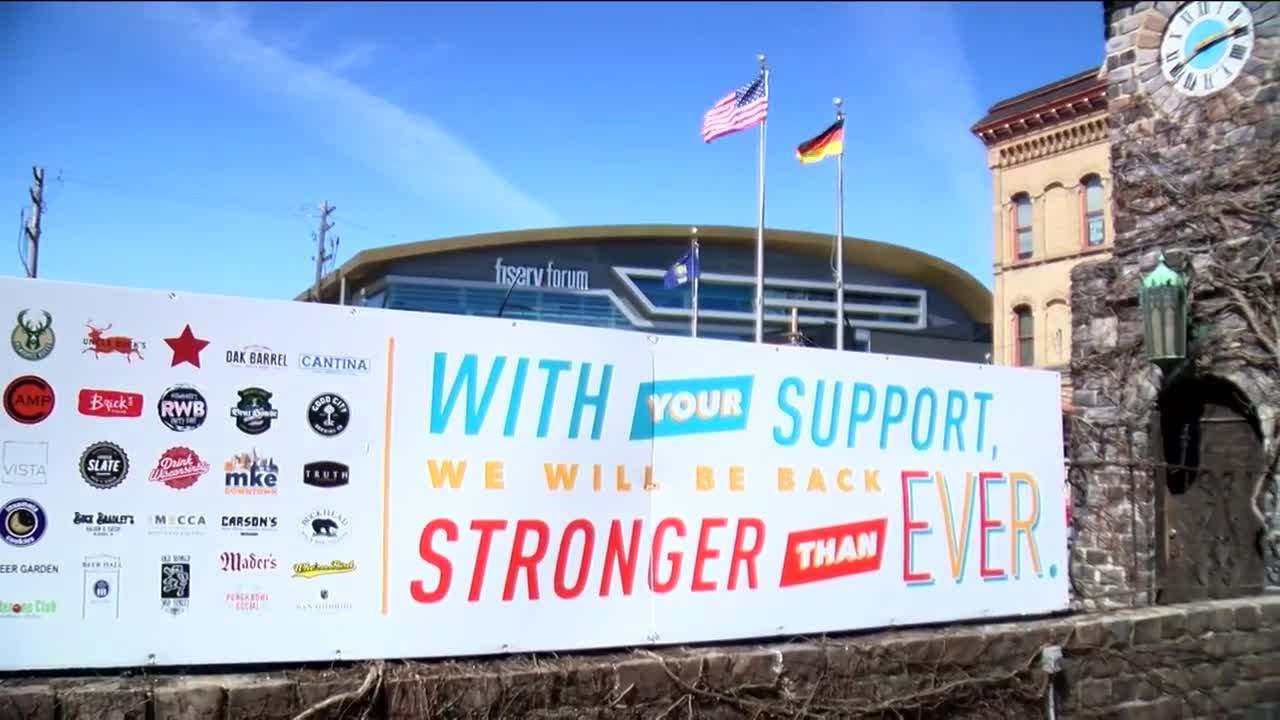 Businesses look forward to August DNC and adjust to postponement.

MILWAUKEE — The Democratic National Convention will now take place on August 17-20, nearly a month after its initial scheduled dates in July.

The announcement was made Thursday morning, and business managers and owners with shops near the Fiserv Forum learned the news quickly.

"I'm just happy they haven't canceled it yet. I'm hoping they don't," said Demetri Itsines, general manager of Brick 3 Pizza just outside of the Deer District.

Itsines said a lack of foot traffic since Governor Evers' "Stay at Home" order had been a catalyst for slow business over the past month.

"I looked on Amazon to buy some tumbleweed, but I can't find any. I wanted to buy some so we can put on the streets," he joked.

Itsines and neighboring businesses will have to wait a little longer for that economic boost that comes with DNC business.

"Other restaurants around here, we were all planning for it. We were all getting ready, buying more products," Itsines said.

Now those efforts will shift toward mid-August as organizers tied to get the event off the ground before November's election.

It's not ideal, but business owners are still happy it's on their calendars.

"I think, first and foremost, it's a nod of positivity for things going on right now," said Sean Wille of Don's Grocery and Liquor in Walker's Point.

The DNC will now happen at the Fiserv Forum between August 17-20.