"Thunderbirds" return to Milwaukee Air and Water show in 2018 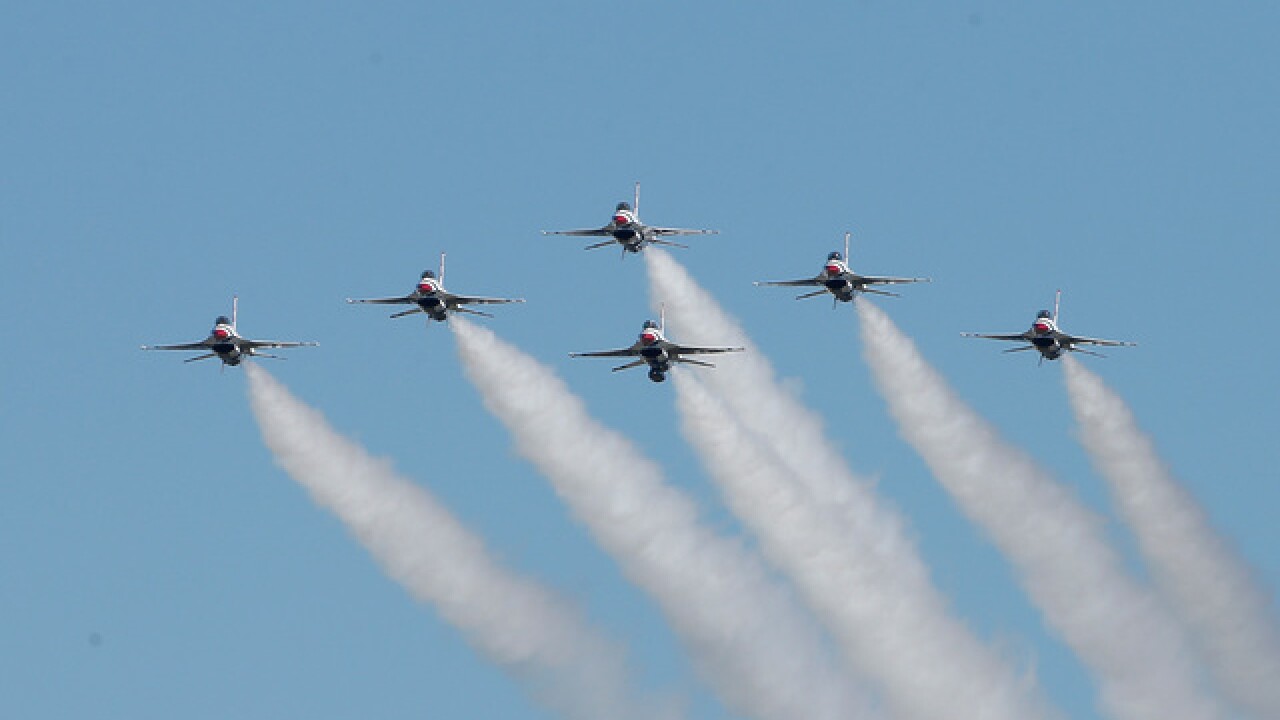 The "Thunderbirds" are coming back to Milwaukee this summer for the Milwaukee Air and Water show on July 21st and 22nd.

Officially he U.S. Air Force Demonstration Squadron, the Thunderbrids are the third oldest flying aerobatic team in the world behind the U.S. Navy's Blue Angels and The Patrouille Acrobatique de France.

This will be the Thunderbirds' first appearance since 2015 after the 2016 show was postponed to conflicting schedules and insufficient funding, and the Blue Angels performed in 2017.

Outside the Thunderbirds, a pair of newcomers to the show, the US Navy's F/A - 18 Super Hornet Tactical Demonstration Squadron and P-8 Poseidon Maritime Patrol, will also perform.

“Our line-up of performers is extraordinary this year. We have The Thunderbirds headlining the show, two first time appearances from the U.S. Navy and a host of other exceptional acts,” said Paul Rogers, president of the Milwaukee Air & Water Show

Milwaukee's largest free event, the Air and Water show will be held on the lakefront with free seating on the beach.

If fans want reserved seating, tickets will be available for purchase on the event's website.