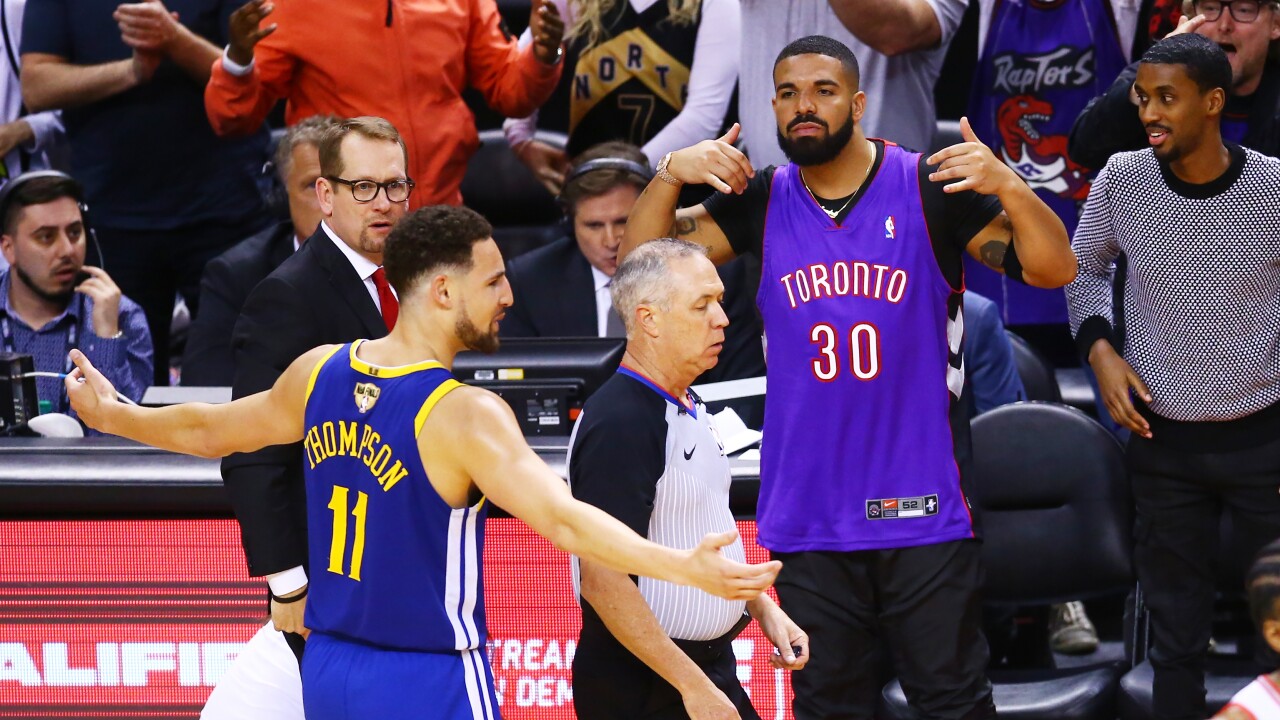 Drake couldn’t help himself during Game 1 of the NBA Finals between the Toronto Raptors and the Golden State Warriors.

The rapper and Raptors global ambassador,who infuriated Bucks fans during the Eastern Conference Finals, sat in his courtside seat Thursday night wearing a Curry No. 30 jersey. That's Dell Curry, Stephen's father who finished his career with the Raptors.

Drake ended his night by getting into an intense game of trash-talking with Golden State’s Draymond Green as the power forward left the court after Toronto’s 118-109 victory at Scotiabank Arena.

Green, who had 10 points, 10 assists and 10 rebounds in the NBA Finals opener, and Drake exchanged words at the end of the game.

The Warriors shot down a suggestion it was more than that.

Pascal Siakam scored a playoff career-high 32 points in Game 1 of the best-of-seven series.

Stephen Curry scored 34 points and Klay Thompson had 21 for the Warriors.