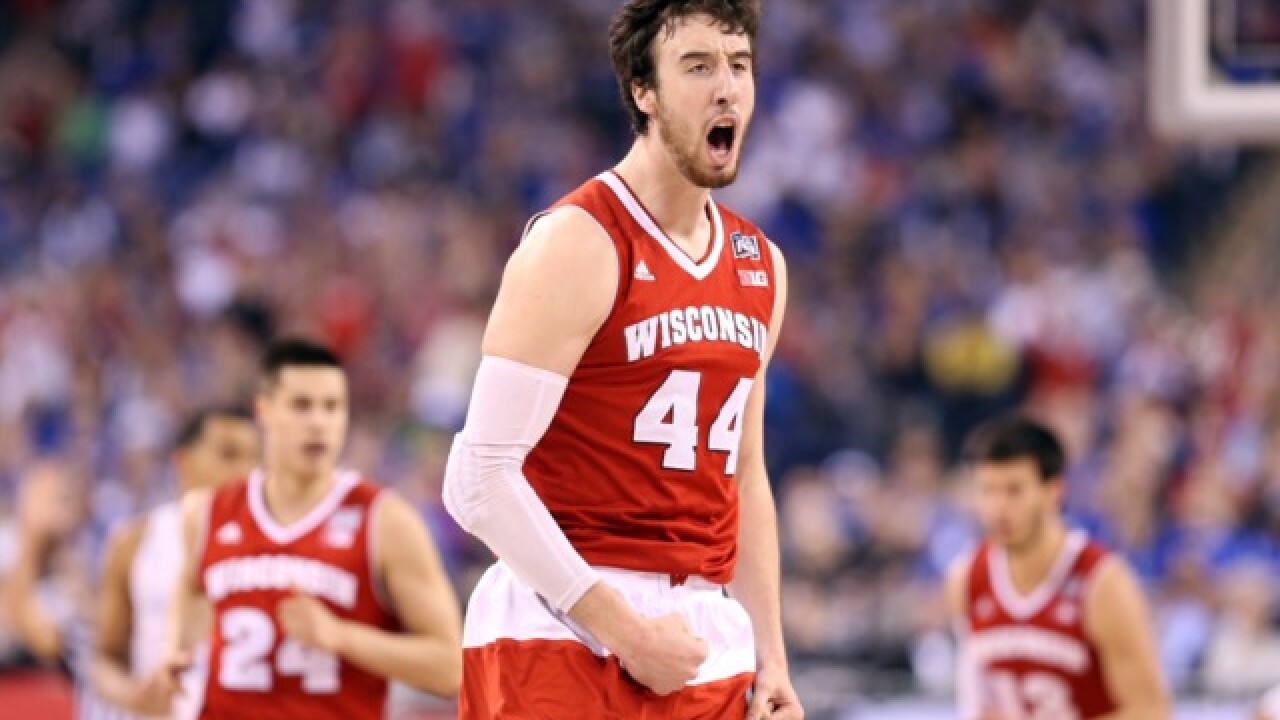 Frank Kaminsky’s #44 will forever be enshrined in the rafters of the Kohl Center next year.

The power forward who led the Wisconsin Badgers to back-to-back Final Four appearances and a national championship appearance in 2015 will have his number retired in February during a halftime ceremony during the Badgers-Purdue game.

The Badgers announced they will retire Kaminsky’s number on Feb. 15, which will officially be Frank Kaminsky Day in Madison.

"When I committed to play at Wisconsin, I had big dreams about what my time on campus would be like," Kaminsky said in a news release. "Never in my wildest dreams did I imagine having my number hanging in the Kohl Center rafters. I'm truly honored by this recognition and I can't wait to come back to Madison in February. My hope is that my number can serve as a symbol of all the great teammates, coaches and staff members I was lucky enough to be around every day, but also the best fans in the world who supported us during our run. This is truly a dream come true."

Kaminsky’s number will be only the second one retired in Badger’s men's basketball history. Only Ab Nicholas’ #8 hangs in the rafters today.

Kaminsky is in his third season with the Charlotte Hornets, and the ceremony will be held over the NBA All-Star break.

The Lisle, Illinois native was named the consensus National Player of the Year in 2015 and was drafted ninth overall that same year by the Hornets.