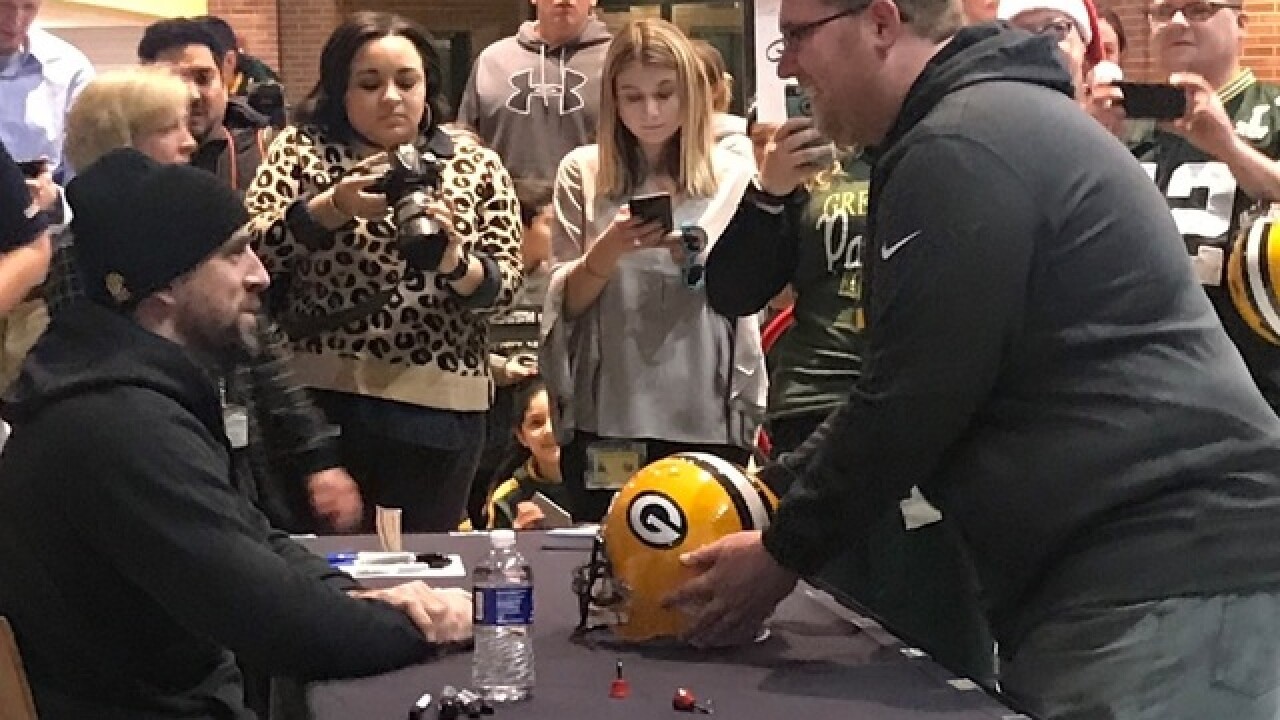 Hours after he returned to the field from injury, Green Bay Packers quarterback Aaron Rodgers was at Lambeau Field to sign autographs to raise money for the Salvation Army.

Rodgers is signing autographs for 200 fans who pledge $100 or more for the Salvation Army Monday night.

Some Packer fans went to long lengths to meet Aaron Rodgers on Monday night. One couple from New Jersey flew in to surprise their son with this experience but almost missed the entire meet and greet.

“We got on a plane, we bought the tickets Friday night and yesterday we were on our way,” said Melissa Sewer, who was with her fiancé and son.

They didn’t even tell her little boy Emmanuel who he was meeting until Monday morning.
But what they did not expect was how early people would start lining up.

They showed up and were number 201. Sewer and her family would be going home empty-handed after flying all this way. Except for the man in front of them.

“He turned around and gave us the last ticket,” Sewer said.

They say the man drove the three hours back to Eau Claire empty-handed. But he gave a little boy his Christmas wish: A chance to hug his hero and get a picture with Aaron.

“It was my wish and it finally came true,” said Emmanuel Gonzales.

People were set up in chairs in the Lambeau Field atrium prepared for a long wait see Rodgers.

“I just met Aaron Rodgers and he signed this helmet,” said a crying Melissa Anderson, who drove in from Indiana.

The Salvation Army raised more than $22,000 which Rodgers plans to match.

Donations to the Salvation Army have been down this year. The Milwaukee red kettle campaign typically brings in about $500,000, but leaders say it’s about $40,000 short of that goal.