'People have just simply given up': Eight months into pandemic Wisconsinites wait for unemployment benefits 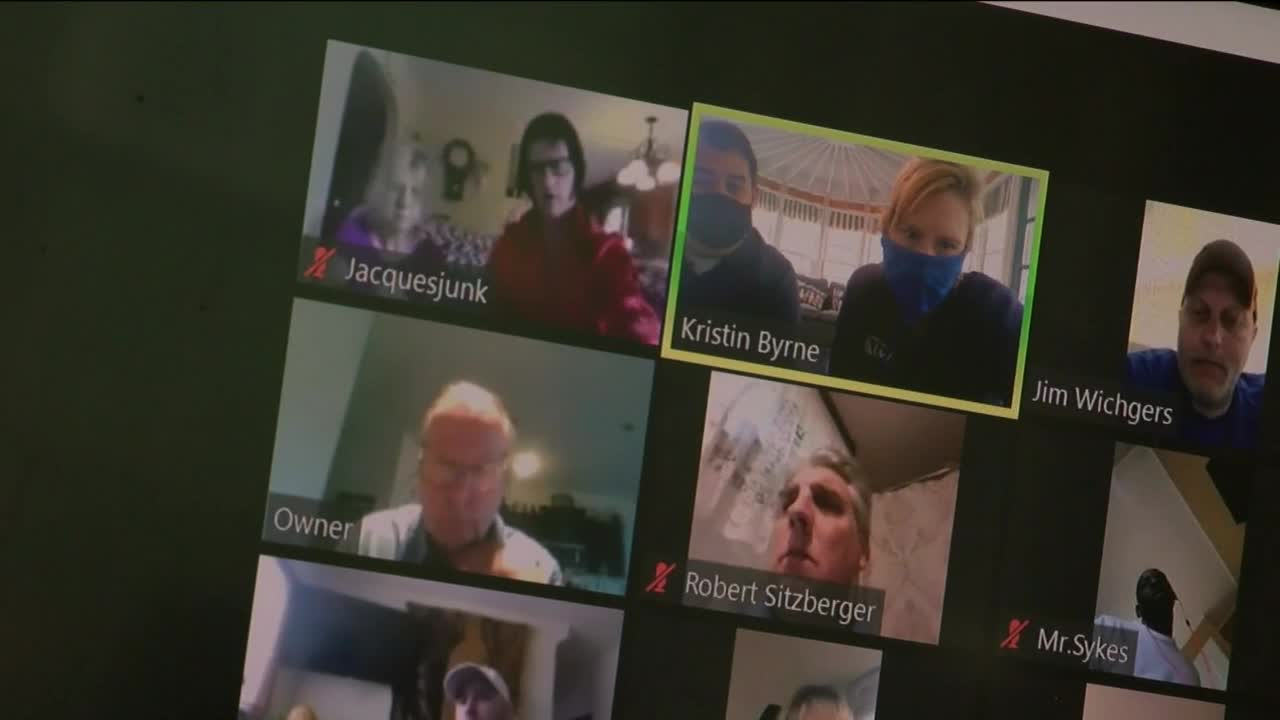 Since March 15, more than one million people in Wisconsin filed for unemployment benefits. As of November 10, 53,735 people were still waiting on benefits from Wisconsin's Department of Workforce Development. 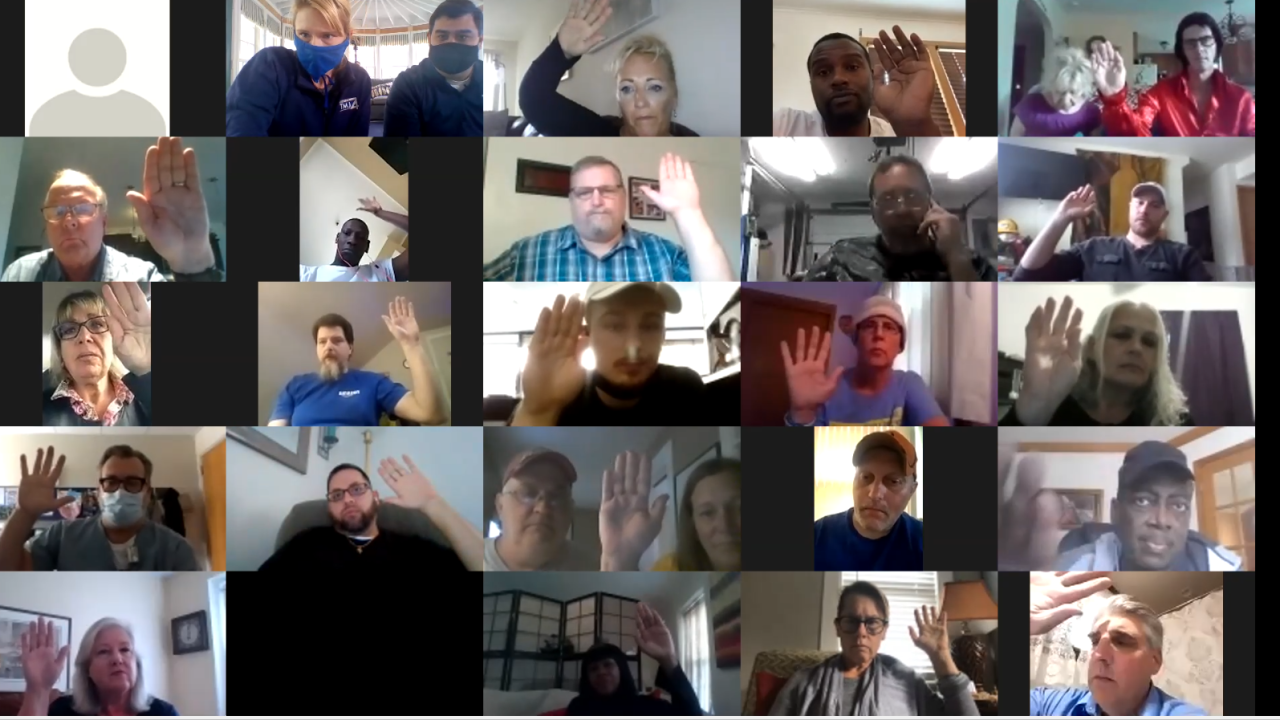 Since March 15, more than one million people in Wisconsin filed for unemployment benefits.

As of Nov. 10, more than 74,000 people are waiting on unemployment benefits, along with 20,000 Pandemic Unemployment Assistance (PUA) applicants, for a total of 94,000 people still waiting on benefits from Wisconsin's Department of Workforce Development.

Those numbers are people. Human beings. Every face in this photo is someone with a story and it's oftentimes an emotional one.

After Consumer Investigator Kristin Byrne aired a story on Oct. 7 where she helped two Wisconsinites receive their benefits, she asked anyone still waiting months for their benefits, to email her.

More than 80 people reached out to Byrne in hopes she could get some answers from the state after they couldn't.

"A lot of people are at their wit's end," said Byrne, who started reading some of the emails.

"I can't afford my wifi bill so my kids are struggling with turning in homework," one person wrote.

"Even if you can't help me at least say a prayer for me and my family," the email stated.

"They're not getting answers, so they're reaching out to the TV stations," said Byrne. "So, I'm just asking people to give me their date of birth and their full name and then I'm forwarding that onto the state."

Byrne and I-Team producer, Marty Hobe, hosted a Zoom meeting on Oct. 14 asking people to share their experience with the DWD.

"If it applies to you, we want you to raise your hand and keep it high," said Hobe.

"Who has been waiting a month or more for your unemployment insurance or your PUA?" Byrne asked.

Nearly everyone on the Zoom call raised their hands.

"I haven't been paid for 16 weeks," said Ricky of Milwaukee.

"It's been four and a half months now since they've paid me," said Kimberly of Bayview.

"I've been calling every week for the last 16 weeks. It's 110 days today," said Robbie of Racine.

"I am 20 weeks in so far. I have dipped into my savings," said Rayshon of Milwaukee.

"My daughter she's been waiting on her benefits now for over 5 months," said Lee Bennett.

"I have not received unemployment since the week of July 6, so it's about 15 weeks now," said Kim of Oak Creek.

"I've been waiting 21 weeks for my employment," said Chris from Wauwatosa.

"Has anyone dipped into your savings to make ends meet right now?" Byrne asked the group.

Most of the group raised their hands.

"Mine is gone," one woman said.

Some on the Zoom call didn't know why their cases were stalled. Others said simple mistakes on their applications led to weeks of waiting.

"They said I reported the wrong wages," Ricky said.

"They have misinformation that says I quit a job when it was actually an internal transfer," said Lucy, a nurse.

"On my application, it says I have been fired from two places even though they got bought out," said Robbie of Racine, who worked for a lighting company for 25 years.

"The message back to me was that there was something wrong with my claim and that I would need to call the number. The same number that I've been calling for six months that no one answers," said Denise, who worked as a restaurant manager in Milwaukee.

Without unemployment insurance and or new jobs, many on the Zoom call said their lives were turned upside down.

"I lost my apartment, I lost my home," said Nikki MacMillan, who worked as a purchaser at a manufacturing company in Genoa City.

"I also have a 4-year-old son who is staying with his dad in Texas right now because I can't provide," she said.

"I recently had to move back with my mom," said Irving Cedeno, who worked as a consultant for a financial services company in Milwaukee.

"My family has fallen on hard times because we are paying her rent for her," said Lee Bennette, whose daughter, Shree Bennett, was an assembly line worker in Glendale who lost her job during COVID-19.

"I have 61 emails between my landlord and myself to try and keep me in my apartment complex. I am 8 months behind on child support. I am 66 days behind on car payments because I had a car break down during the process of this," said Kevin Turpel, an athletic trainer in Oak Creek.

"I save my money. I paid my taxes. I paid my student loans off. I went to work every day working two jobs," said Chris who worked in commercial and retail construction as well as part-time for the Brewers.

"This is a social safety net that we've all earned as citizens of the state and the powers that be have made it almost impossible to get it," he continued.

"We have been patient! We all have been very patient. We've been more than patient," said Rita Gray, who worked in human resources in Milwaukee.

The I-Team reached asked the Department of Workforce Development, the Department of Administration which oversees the agency, and the Governor's office for either a virtual or in-person interview. Those requests were ignored.

After more than a month of forwarding cases over to the state agency, on Nov. 11, Byrne received a response from the DWD's Communications Director, Ben Jedd.

Jedd provided the below response:

"Hi Kristin, The claimant inquiries you have forwarded have been referred to our UI staff for review and will be processed in the order they are received. The UI Division is continuing to work to resolve all pending claims as soon as possible. We began receiving a significant amount of press inquiries about specific claimants and could no longer prioritize these requests out of fairness to all those who are awaiting resolutions of their claims."

Since Byrne started emailing the state cases on Oct. 7, several claimants told her their payments arrived.

Read some of the emails Byrne has received below: