Workers wait months for unemployment benefits, I-Team steps in and days later they are paid 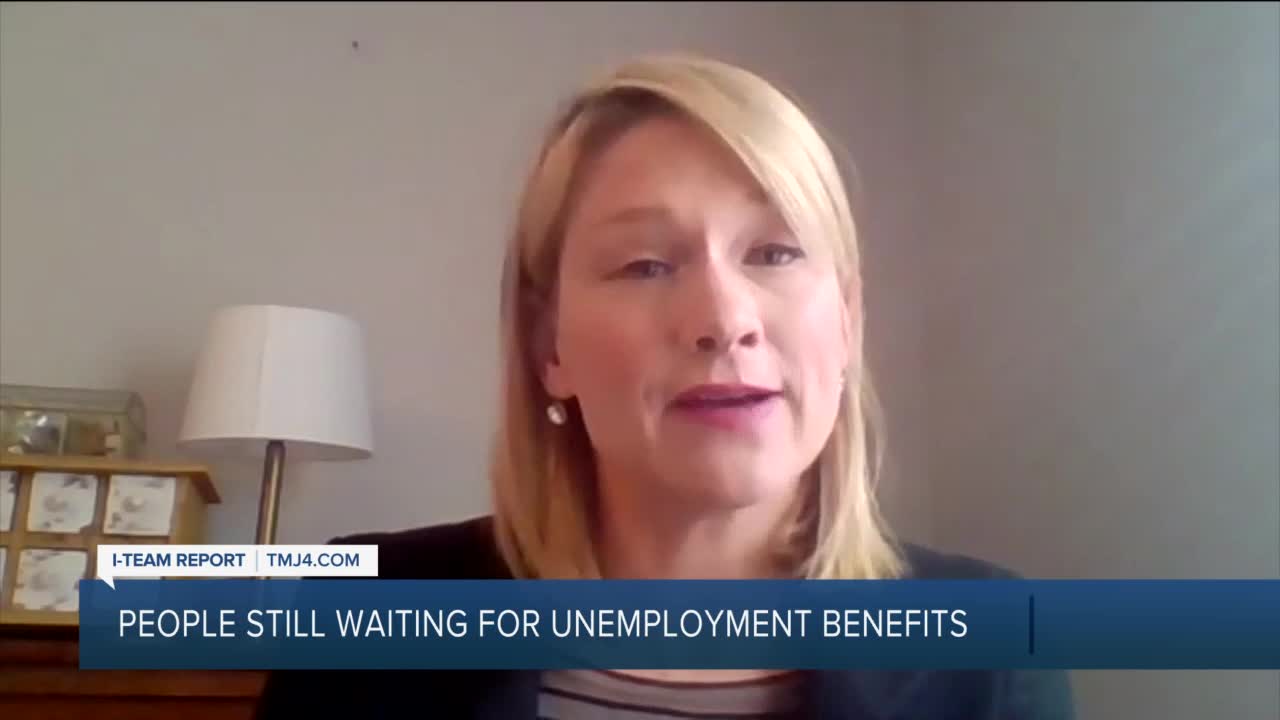 About six months after getting sick, Karen Howland still doesn't feel back to her normal, healthy self.

About six months after getting sick, Karen Howland still doesn't feel back to her normal, healthy self.

At the start of April, she had all of the COVID-19 symptoms and being a hospice nurse, there was no way she was going to return to work.

"I was still fatigued. I had a fever, the GI symptoms, shortness of breath," Howland told the I-Team via a zoom interview.

Howland applied for benefits with Wisconsin's Department of Workforce Development but has only received one paycheck. She said while trying to recover, she has spent six months waiting for the money to come in.

"My family, we just lost the father of my children to pancreatic cancer. So, we were in a vulnerable position. Usually, I have lots of savings to draw from. I was down to $18," she said.

"I barely have money to survive on," she continued.

"Why does it have to be dragged out so far?" he asked.

The tool and dye maker lost his job in late April. He was able to secure work again, but it only lasted for six days.

At 55 years old, he's been in the trade for 25 years. He thought at this point, he would be retiring. Instead, he found himself applying for unemployment and like Howland, has only received one paycheck.

"I've been calling, nobody has reached out to me," he continued.

To make ends meet, he says his family is helping him get through it.

"I do have 6 sisters and they've been sending me stuff," Ortiz said.

"Oatmeal and like rice beans, things like that. If it wasn't for my sisters, they're helping me get by," he said.

The I-Team looked into both cases, emailing the DWD.

Below is the response a spokesperson for the DWD provided in Karen Howland's case:

Karen Howland was denied regular unemployment benefits but was found eligible to receive Pandemic Unemployment Assistance. She received a payment on 9/23/20. However, DWD received information from one of Howland's employers that needed further investigation as it differed from what was reported by Ms. Howland, potentially impacting the amount of benefit payments for a period of time. As such, other weeks were on hold pending that investigation.

The issue that needed investigation has been resolved and the remaining benefits due paid as of yesterday (9/28/20).

See below for the state's response to Mike Ortiz's case:

We looked into Mr. Ortiz's case. He is not receiving PUA because he is eligible and, in fact, receiving regular UI. Mr. Ortiz originally reported that he was discharged from an employer, a temporary staffing agency. The reported discharge raised an eligibility issue that needed adjudication.

Through the investigation, it was established that Mr. Ortiz was not discharged from the temp staffing agency, he was laid off. The resolution of that issue allowed for the payment of regular UI benefits. As such, Mr. Ortiz is not eligible to receive PUA because he is receiving regular UI. It looks like he was paid out on 9/21.

THE I-Team asked the DWD for a virtual interview but was told they won't be able to do one. Howland and Ortiz were both paid within about a week after Governor Tony Evers asked former DWD Secretary Caleb Frostman to resign. The I-Team asked for an interview with the current person in charge, Deputy Secretary Amy Pechacek.

Below is the email response we received:

Deputy Secretary Pechacek's focus right now is on addressing the challenges facing the DWD and identifying solutions and changes to ensure we can process claims faster and get the people of Wisconsin the benefits they need. We will be in touch about any future opportunities to interview Deputy Secretary Pechacek in her role leading the transition at the DWD.