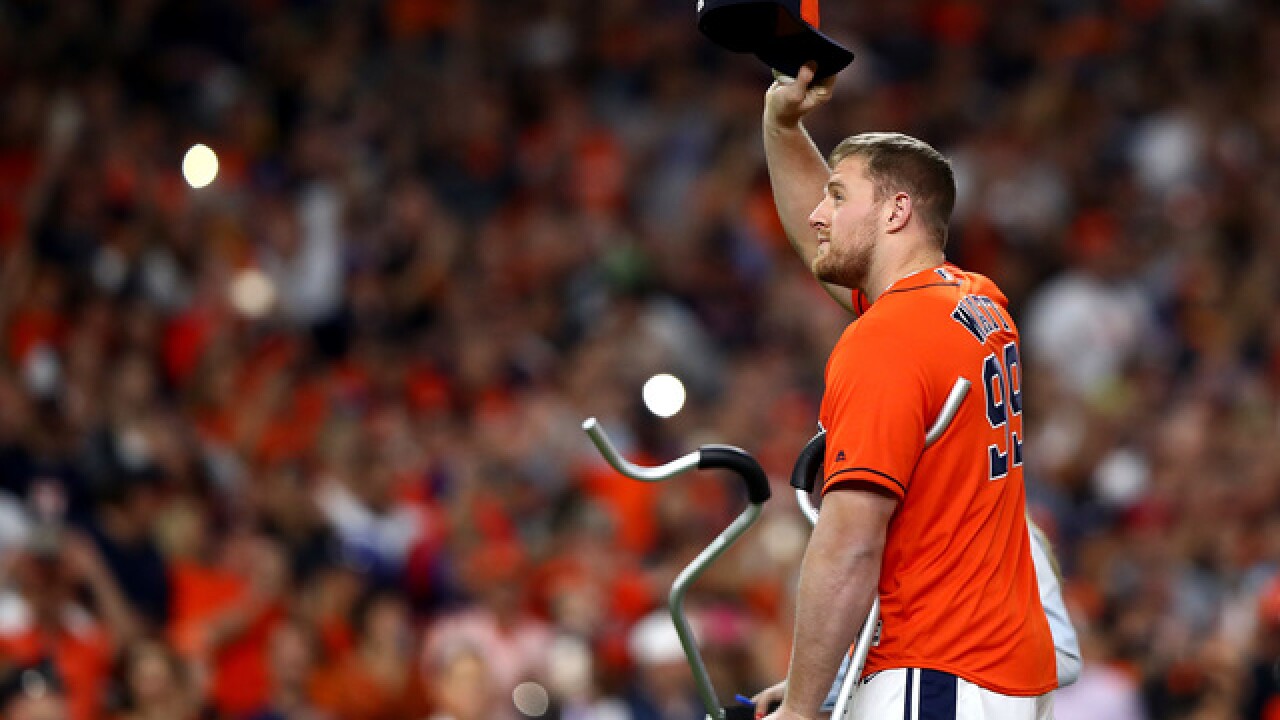 Copyright 2018 Scripps Media, Inc. All rights reserved. This material may not be published, broadcast, rewritten, or redistributed.
Ezra Shaw
HOUSTON, TX - OCTOBER 27: NFL player J.J. Watt of the Houston Texans throws out the ceremonial first pitch before game three of the 2017 World Series between the Houston Astros and the Los Angeles Dodgers at Minute Maid Park on October 27, 2017 in Houston, Texas. (Photo by Ezra Shaw/Getty Images)

J.J. Watt was named to TIME Magazine's list of Top 100 Most Influential People.

Watt, a defensive end for the Texans, is one of four athletes on the list , along with the Golden State Warriors Kevin Durant, tennis legend Roger Federer and Virat Kohli, a the captain of India's cricket team who is widely regarded as one of the best in the game.

Watt was grouped into the Leader category, along with Donald Trump, Kim Jong Un, Prince Harry, and Jeff Sessions.

Each individual is profiled by a guest writer, and Watt's was Houston mayor Sylvester Turner.

"Every few years, a professional athlete touches the heart and soul of a city in a way that has nothing to do with athleticism," Turner wrote . "Such is the case with Houston Texans star J.J. Watt, who is a star on and off the field."

Watt has raised more than $37 million for Hurricane Harvey relief. And even though he was battling injuries on the football field, he still made time to go visit the families and communities ravaged by the Hurricane to deliver water, food and supplies.

For his efforts, the NFL awarded him the Walter Payton Man of the Year award.

"J.J. tackled Harvey’s destruction the same way he obliterates his opponents on the football field," Turner wrote . "Who knows? After I leave office, J.J. Watt could be drafted as the next mayor of Houston."

Wisconsinites can grab a copy to honor one of their favorite sons when the issue hits newsstands on Friday.