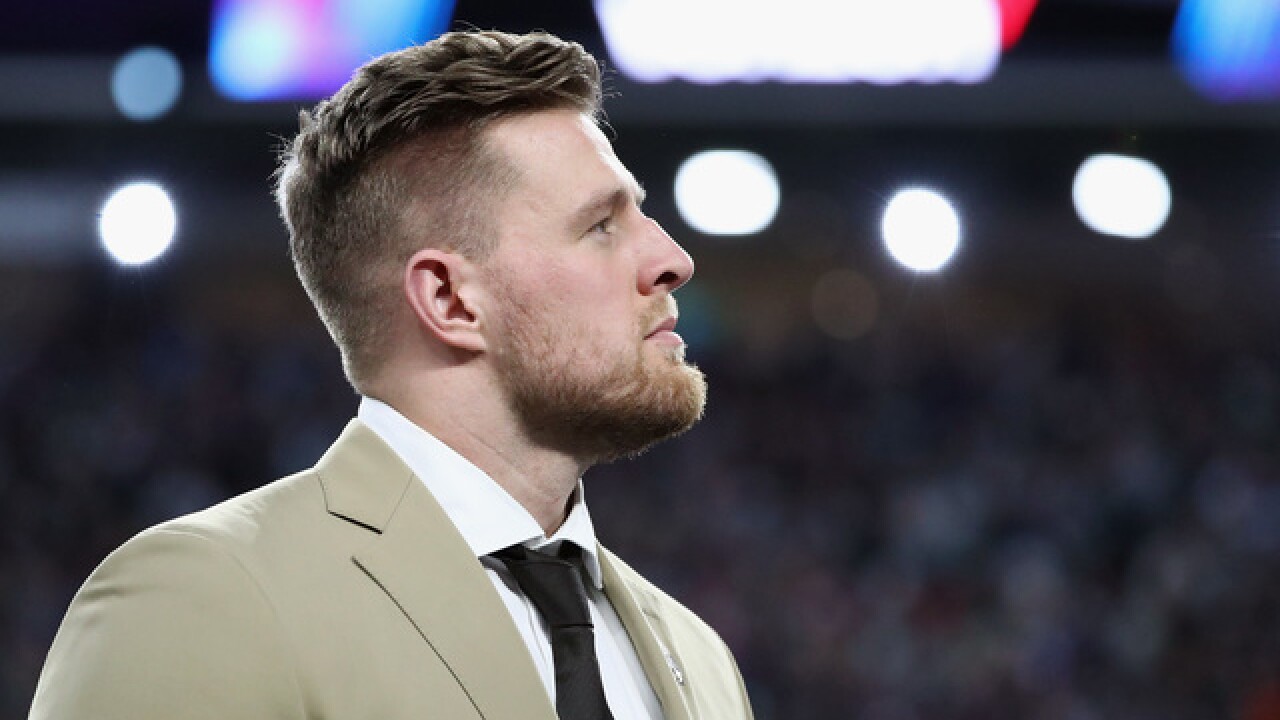 Copyright 2018 Scripps Media, Inc. All rights reserved. This material may not be published, broadcast, rewritten, or redistributed.
Elsa
MINNEAPOLIS, MN - FEBRUARY 04: J. J. Watt of the Houston Texans looks on prior to Super Bowl LII between the New England Patriots and the Philadelphia Eagles at U.S. Bank Stadium on February 4, 2018 in Minneapolis, Minnesota. (Photo by Elsa/Getty Images)

J.J. Watt honored the late Mrs. Barbara Bush after her passing on Tuesday on Twitter.

Rest In Peace Mrs. Barbara Bush.
You were a beautiful light in this world and I am forever thankful for your friendship. pic.twitter.com/yuZvQ7o8aH

"Rest in Peace Mrs. Barbara Bush," Watt wrote along with a four-picture photo collage. "You were a beautiful light in this world and I am forever thankful for your friendship."

The 92-year-old Bush died at her Houston home on Tuesday after declining to undergo further medical treatment earlier for her failing health on Sunday.

The Texans linebacker interacted with Mrs. Bush during her visits to Texans and Astros games and read "Twas the Night Before Christmas" with her.

Plus, the pair tackled low-literacy in Houston by encouraging parents and children to read together for 15 minutes a day.

Watt, a Wisconsin native, has been heavily involved in charity throughout his career, with his efforts in aiding the victims of Hurricane Harvey, launching a charity softball game, and the literacy campaign, so the unlikely pair became close friends through their congruent work.

“She’s an awesome woman,” Watt told Click2Houston.com. “She’s the absolute best and we wish her all the smiles and happiness ... I’m just very fortunate to know her.”