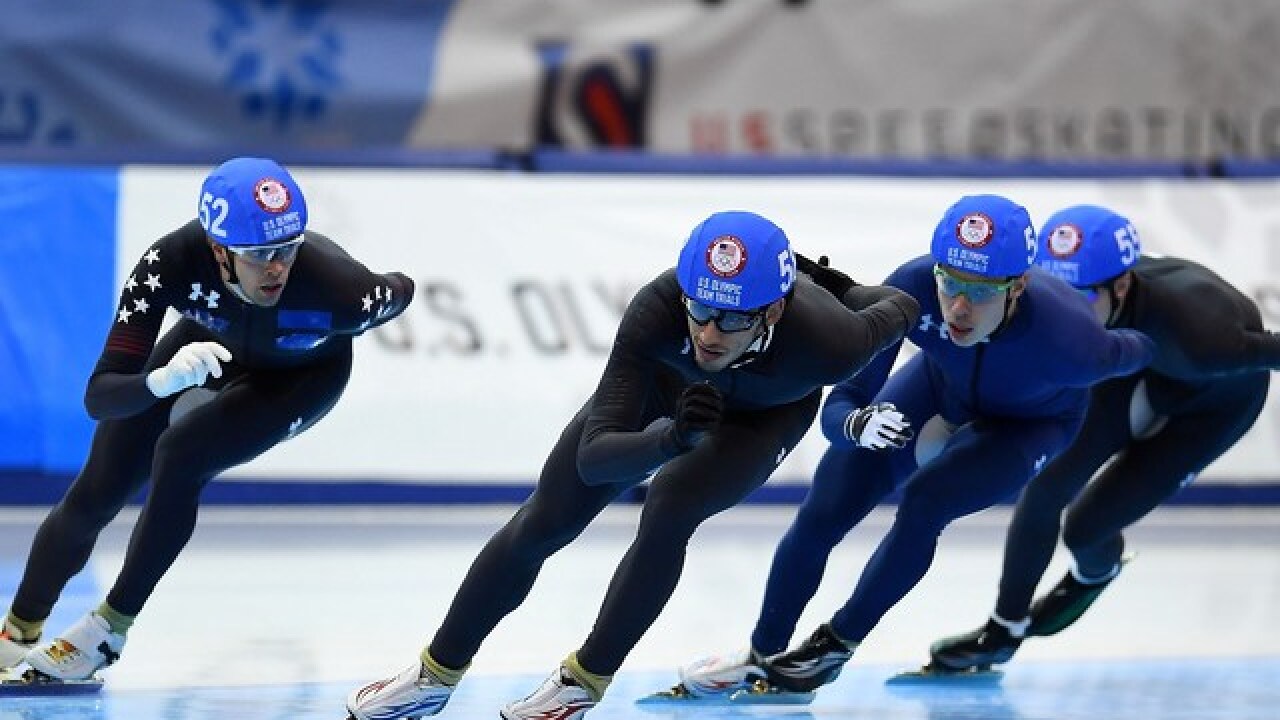 WEST ALLIS, Wis. (AP) — All Joey Mantia needed to do to qualify for the mass start in the Olympics was to finish at the U.S. speed skating trials.

He took it a little easy to begin the race Sunday before adrenaline kicked in.

The fifth-place finish on Sunday clinched Mantia’s spot in the mass start at the Winter Games, where the reigning world champion has bigger goals in mind.

“I really wanted to let those guys race it out and then I got a little hungry with a half-lap to go. I thought, ‘Maybe I can win this,’” Mantia said.

Brian Hansen took the event with a time of 7:48.24 on Sunday, the final day of the trials.

Mantia and Hansen had already qualified in other events. U.S. Speed Skating added Emery Lehman as a specialist in team pursuit to complete the seven-member men’s squad.

Lehman, a 2014 Olympian, will have to interrupt his junior year at Marquette, about a 10-minute drive from the Pettit National Ice Center near Milwaukee.

“I have to email my adviser, withdraw from classes,” Lehman said.

Mantia and Hansen finished one-two in the overall rankings to secure the two entries in the mass start, which makes its Olympic debut in PyeongChang.

“I think we can put together a solid plan. I think he’s on board for working for me, as the designated winner for the Games, but we’ve got to see how it plays out and who’s feeling the best when we get there,” Mantia said. “But I’m very confident having a strong teammate like Hansen.”

The mass start is speed skating’s version of NASCAR. Foregoing the traditional time-trial format, all entries were on the oval at the same time for the 16-lap, 6400m free-for-all that included four sprint laps.

“You never know what’s going to happen in that race,” Hansen said.

Asked if the goal was to help Mantia, Hansen added “We’ve got three weeks. I don’t know what exactly the strategy is going to be yet.”

With 24 entries on Sunday, the men’s race was a little more hectic than the eight-entry women’s race in which Heather Bergsma finished second and Mia Manganello third.

That gave each skater, who had already qualified in other events, enough points to finish atop the rankings to clinch the U.S. berths.

Consider the combinations of Mantia and Hansen, and Bergsma and Manganello, as two-person squads at the Games.

“I think that’s the best way that we can get a country medal at the Olympics, is working as a unit,” Manganello said, “and I think with [Bergsma] and I, I think we’ve got a great opportunity to do so.”

Maria Lamb won the women’s race at 9:15.17, but could not pass Bergsma or Manganello in overall points in order to qualify. The women’s roster for the Olympics is complete with six skaters.

They drew sellout crowds for all six days in the return to Pettit for the first time since 1998.

Once considered the American mecca for the sport, Pettit had been overtaken by the Utah Olympic Oval in recent years as the home for top speedskaters.

Now it’s on to PyeongChang, where the U.S. hopes to erase the painful memories of getting shutout four years ago in Sochi.

It was the first time that Americans failed to earn a medal in speed skating since 1984.

“As far as selection goes, I think we ended up with the best team,” Thibault said.