MILWAUKEE -- Ballpark Commons is calling all future fans to help name the new Professional Baseball Team for their 2019 launch.

Wisconsin now will join the American Association of Independent Professional Baseball alongside teams like the Chicago Dogs. The team doesn't have a name yet but will be playing in the soon-to-be-built Ballpark Commons stadium.

Fans can go to baseballwi.com to propose team names and also suggest mascots. According to a release from ROC Ventures, the winner will receive $2,500. All entries are due by Tuesday, April 24th. 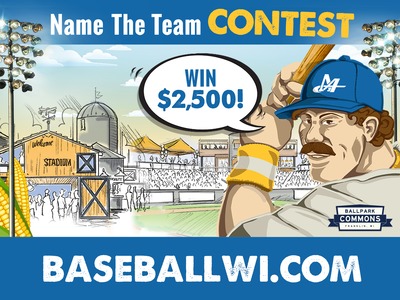 Mike Zimmerman of ROC Ventures said, “The stadium at Ballpark Commons is being designed as a tribute to Wisconsin agriculture and farming families so we’ll be looking for those types of themes. But don’t be afraid to be creative – a little ‘outside the box' thinking is always appreciated.”

The new Ballpark Commons stadium is set to begin construction in Franklin this spring. The stadium will have 4,000 seats. Tickets are already able to be requested for the 2019 season. People who purchase $100 packages will receive team hats and their pick of seats in the stadium. 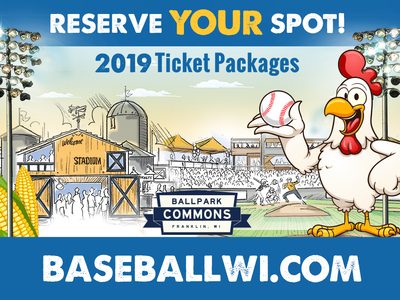