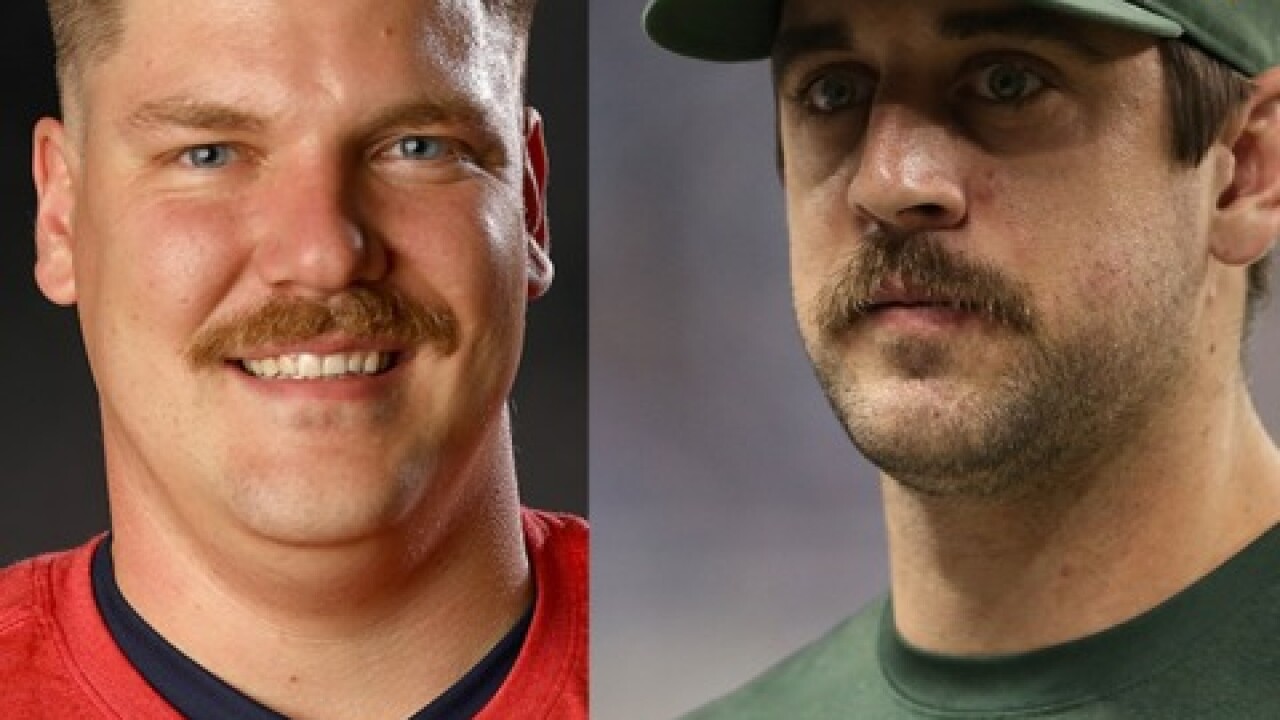 This is one of the most amazing things I've ever seen!!! https://t.co/S19QG9IBrp

Hamilton, a Madison, Wisconsin native, has been all over social media throughout the Olympic games, grabbing a beer with a Canadian curler and getting shout-outs from various Wisconsin athletes.

He reached out to Rodgers earlier in the week, asking if he could get support from the quarterback he likes to imitate before each curling match.

Sure would be nice if I could get a little @AaronRodgers12 support while I'm here at olympics... maybe with enough retweets and comments he will hit me up! #GoPackGo #curling #OlympicGames2018

And Rodgers got back to him soon after showing some love for Hamilton's highly touted mustache.

Hamilton already has his sister, Becca, with him in Pyeongchang to compete in mixed doubles curling, but it turns out he has a mustache brother back home in Wisconsin as well.