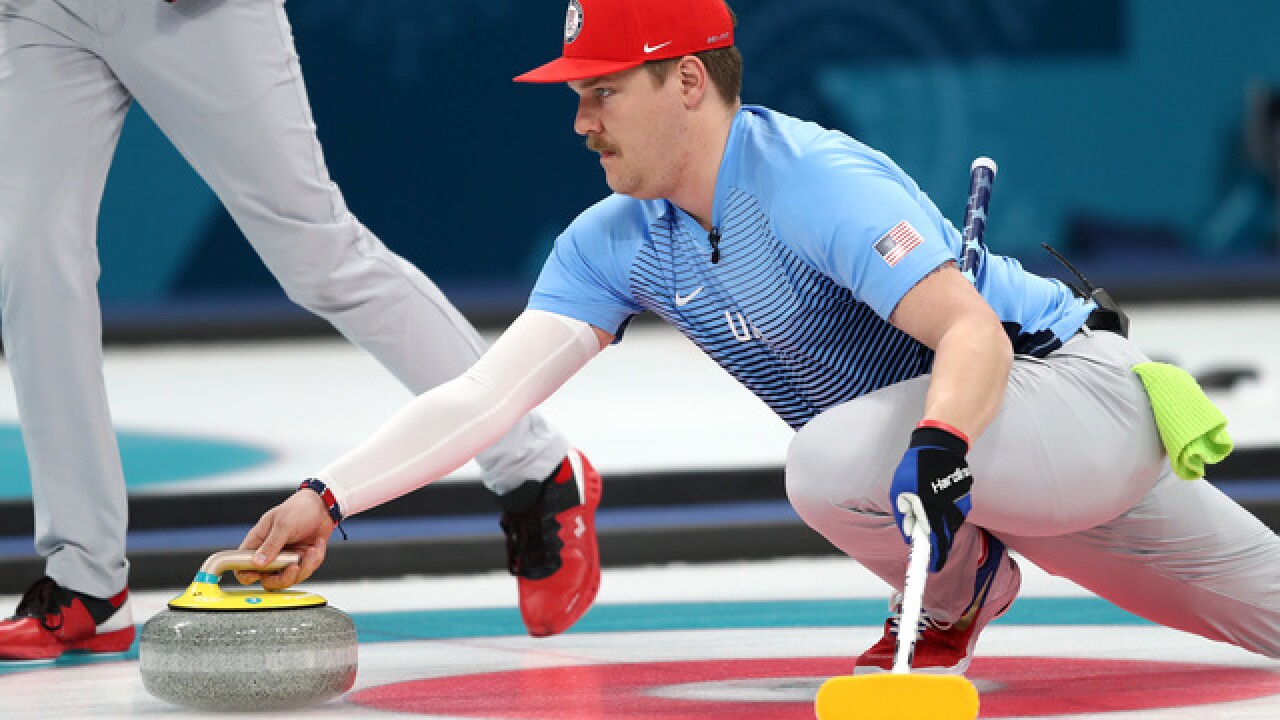 Copyright 2018 Scripps Media, Inc. All rights reserved. This material may not be published, broadcast, rewritten, or redistributed.
Richard Heathcote
GANGNEUNG, SOUTH KOREA - FEBRUARY 24: Matt Hamilton of the United States looks on during the game against Sweden during the Curling Men's Gold Medal game on day fifteen of the PyeongChang 2018 Winter Olympic Games at Gangneung Curling Centre on February 24, 2018 in Gangneung, South Korea. (Photo by Richard Heathcote/Getty Images)

The USA Men's curling team threw out the first pitch of the Minnesota Twins home opener at Target Field.

The gold medal USA curling team is not as accurate with baseballs pic.twitter.com/hk9gcP6rQR

While the gold medal-winning squad got a loud roar from the Twins faithful, their pitching accuracy left a bit to be desired.

Four of the five curlers completely missed their target, and Matt Hamilton chose to roll his to the plate curling style.

Fans who followed the Olympics would've expected nothing less from the eccentric Hamilton who chugged beers , compared himself to Mario and drew the attention of both J.J. Watt and Aaron Rodgers.

The entire nation embraced the team who struggled early, falling to 2-2 out of the gate but rallied and won out to secure gold.