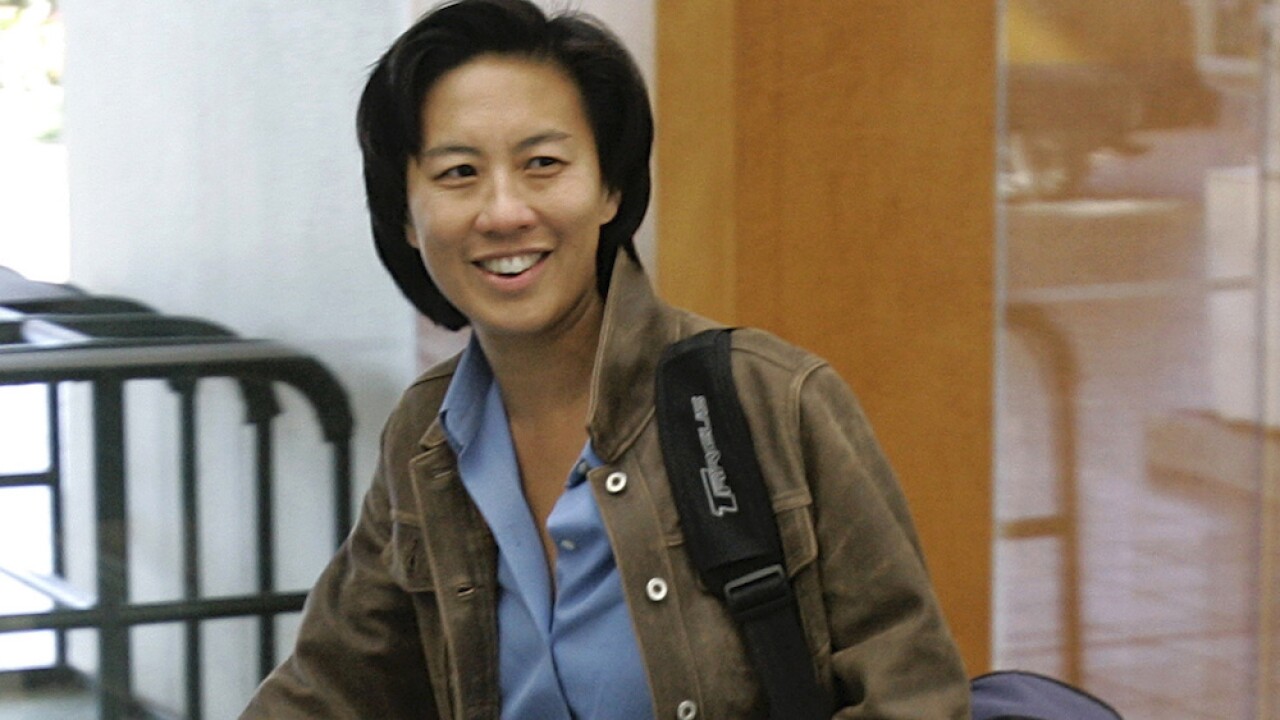 The Miami Marlins announced Friday that they had hired Kim Ng as their new general manager, making Ng the first female GM in MLB history.

According to ESPN, Ng is now the highest-ranking woman employed by any of the 30 MLB teams and is likely the first woman to hold the title of general manager for any major pro sports team — though other women, like former Oakland Raiders CEO Amy Trask and Los Angeles Lakers President Jeanie Buss have held executive roles with pro sports teams.

"This challenge is one I don't take lightly. When I got into this business, it seemed unlikely a woman would lead a Major League team, but I am dogged in the pursuit of my goals," Ng said in a statement. "My goal is now to bring championship baseball to Miami. I am both humbled and eager to continue building the winning culture our fans expect and deserve."

During her years with the Yankees, Ng oversaw a roster that included shortstop Derek Jeter, who is now a part of the Marlins' ownership group.

Making history by bringing a lifetime of excellence, Kim Ng steps to the helm as GM. #JuntosMiami pic.twitter.com/UrYESbjTHe

"On behalf of principal owner Bruce Sherman and our entire ownership group, we look forward to Kim bringing a wealth of knowledge and championship-level experience to the Miami Marlins," Jeter said in a statement. "Her leadership of our baseball operations team will play a major role on our path toward sustained success. Additionally, her extensive work in expanding youth baseball and softball initiatives will enhance our efforts to grow the game among our local youth as we continue to make a positive impact on the South Florida community."

Ng will take over a team coming off its first playoff appearance in 17 years. The 2020 Marlins finished 31-29, good for second place in the National League East. After sweeping the Cubs in two games in the first round of the playoffs, the Marlins were swept themselves in three games by the Atlanta Braves in the second round.