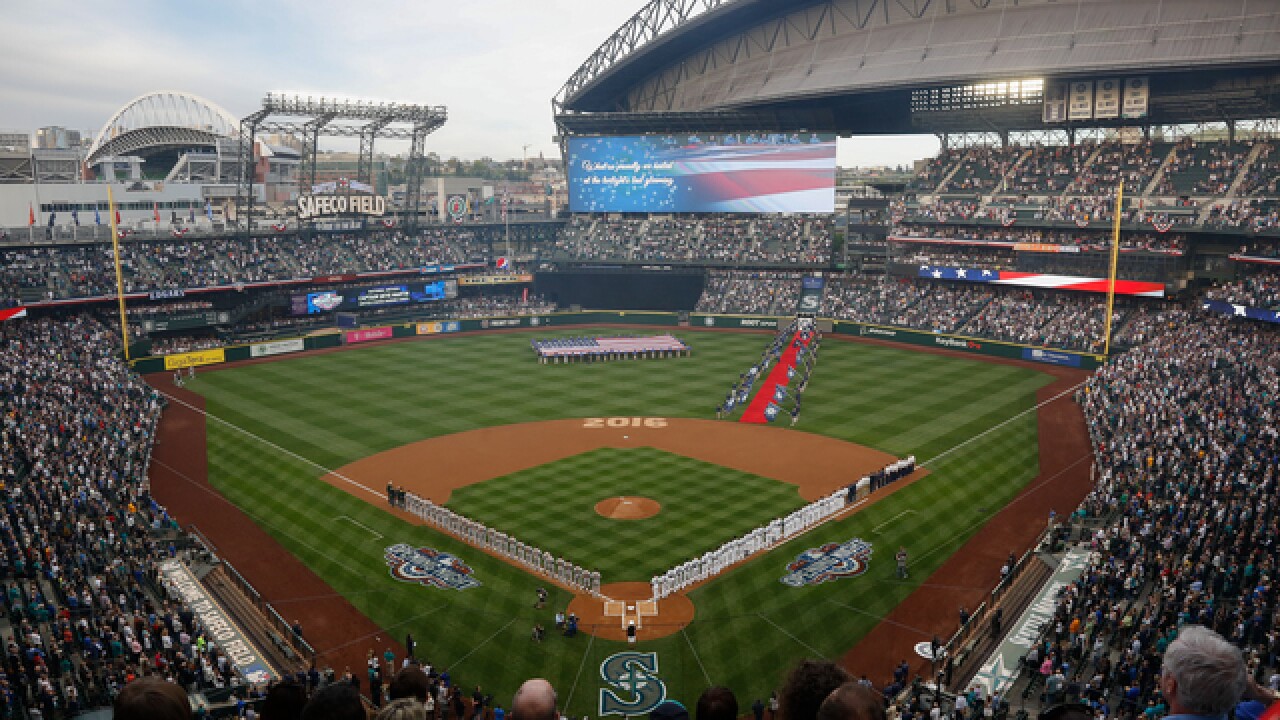 Copyright Getty Images
Otto Greule Jr
<p>SEATTLE, WA - APRIL 08: A general view of ceremonies prior to the home opener between the Seattle Mariners and the Oakland Athletics at Safeco Field on April 8, 2016 in Seattle, Washington. (Photo by Otto Greule Jr/Getty Images)</p>

Ichiro Suzuki stepped of the MLB field and into the Mariners front office.

The Seattle Mariners announced the future Hall-of-Famer will serve as a special assistant to the chairman, effective Thursday, the team announced.

However, Suzuki's agent, John Boggs, wanted to be clear he isn't officially retiring.

Ichiro is ineligible to play in 2018 after shifting to the front office, but he could come back next season. Mariners general manager Jerry Dipoto sees value in the veteran in any role he undertakes in the organization.

"We want to make sure we capture all of the value that Ichiro brings to this team off the field," Dipoto said in a statement. "This new role is a way to accomplish that."

After three years with the Miami Marlins, the 44-year-old returned to Seattle on a one-year deal prior to this season. In 44 at-bats, he collected 8 hits for an average of .205.

His main role this year was mentorship, an aspect this new role with allow him to maintain.

"The key is that Ichiro's presence in our clubhouse and with our players and staff improves our opportunity to win games," DiPoto said. That is our No. 1 priority and Ichiro's No. 1 priority."

Suzuki spent his first 12 MLB season with the Mariners and collected 2606 of his 3089 career MLB hits--a mark which ranks 22nd all-time.

Combining his international career in Japan, Suzuki had 4,367 professional hits, the most by any player.