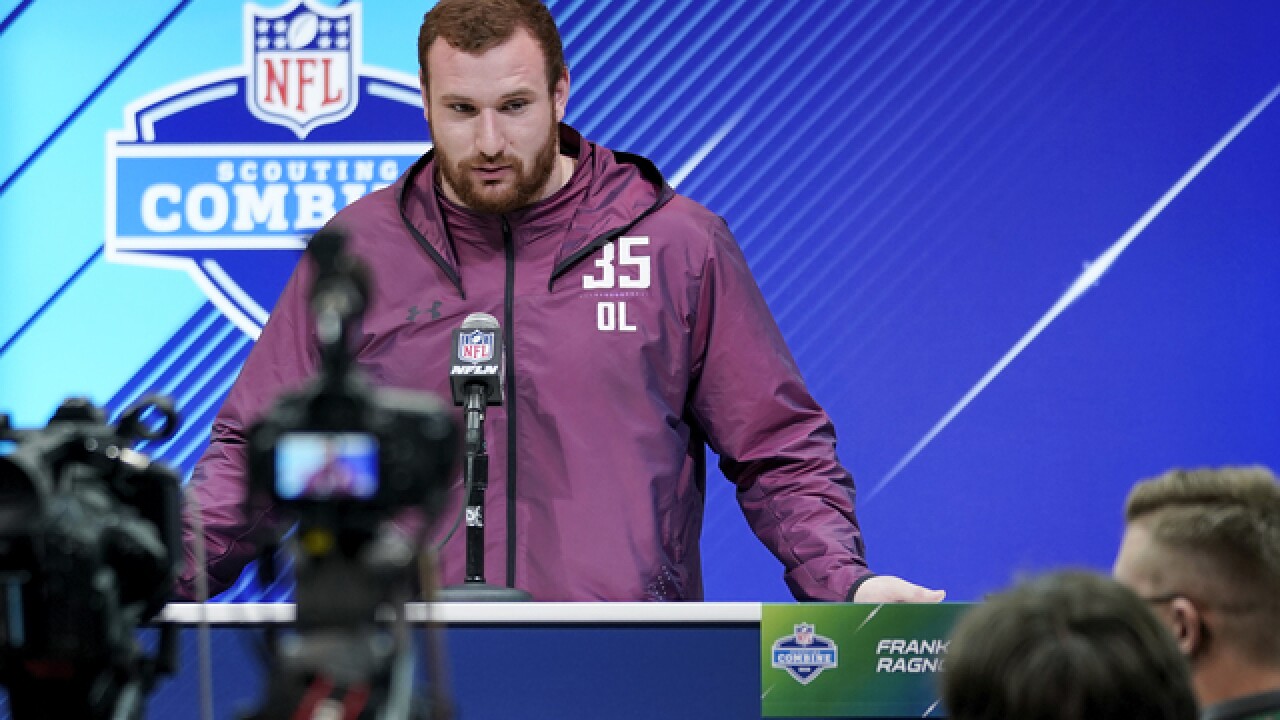 When Arkansas Center Frank Ragnow found out he wasn't going to be drafted by the Green Bay Packers, he fist-pumped, smiled and turned towards his family and friends to say, "Not going to be a Packer!"

The moment starts near the 1:45 mark in the video.

Ragnow, who grew up in Chanhassen, Minnesota, ended up being picked 20th overall by the Detroit Lions, another division rival of the Vikings, but his family and friends would much rather see him suiting up in silver and blue than green and gold.

After initially finding out the Packers passed on the 6-foot-5 senior center, one attendee of his draft party said Ragnow, "Dodged a bullet," while another yelled "Thank God!"

Over his four-year career, Ragnow played in 42 games, starting 33 straight, and never allowed a sack.

Instead of sureing up their line with Ragnow, the Packers opted to go with defensive back Jaire Alexander from Louisville.

Alexander had an impressive five interceptions his sophomore year, but battled injuries throughout his junior season.