Wentz, Eagles look to get back on track against perfect Packers 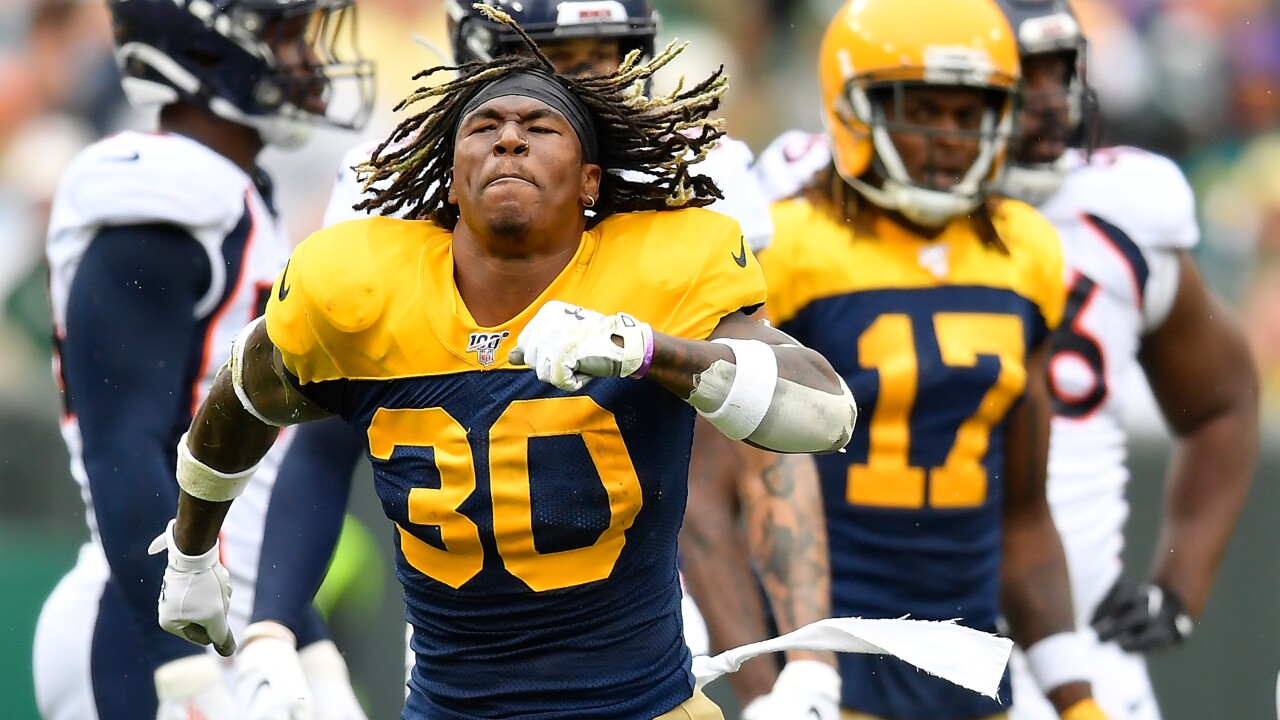 GREEN BAY (AP) — Only one team in the Super Bowl era — the 2001 New England Patriots — started the season 1-3 and rebounded to win it all.

Despite that fact, the Philadelphia Eagles (1-2) aren't panicking after back-to-back losses.

"You know, we're not really looking at this as a bad spot," Eagles quarterback Carson Wentz said. "We're 1-2, yeah, but, you know, we have a lot of the season left. (There are) little things here and there in each game that we know we're going to get corrected and we're going to be in a good spot. And like I said, we're excited Thursday night to go show what we can do and get going back in the win column."

Wentz and the Eagles will head to Green Bay to face the Packers (3-0) for the first Thursday night meeting between the teams.

Philadelphia lost its last two games by a combined seven points, but help is on the way with Alshon Jeffery. The former Pro Bowl receiver is expected to play after missing all but six snaps during the last two weeks with a calf injury.

"I miss it a lot, man," Jeffery said. "One or two plays, we're still in the game. At the same time, it's good to face adversity. One and two is not where we wanted to start, but that's where we're at. Hey, I'm up for the challenge."

Another receiver looking to make an impact Thursday is Packers wideout Davante Adams. After grabbing a career-high 13 touchdowns last year, the two-time Pro Bowl selection has yet to cross the goal line this season. But Adams hasn't been thinking much about his lack of scoring, as he and his wife, Devanne Villarreal, welcomed baby Deija Leigh Adams on Sept. 20.

"It's been a lot, but now I'm playing for a stronger purpose than I was before," Adams said. "So it's a great feeling. It's something that you've just got to feel. It's tough to talk about."

The Eagles only have two sacks in two games and none from their edge rushers. One came from safety Andrew Sendejo on a blitz. The other was from tackle Tim Jernigan, who is out with a broken foot. Veteran Brandon Graham got $27 million in guaranteed money to remain in Philly after recording only four sacks last season. Michael Bennett, who had nine, was traded to New England. Chris Long, who had 6½, wasn't brought back, so he retired. Derek Barnett, a 2017 first-round pick, had no hits on quarterback Matthew Stafford last week.

"I know how the sacks go," Graham said. "It's a long season, and you never know how stuff ends. There's going to be some funny stuff that will be happenin,g and I'm hoping we're on the good side of it. The only thing I'm worried about is to make sure that we don't separate from each other, which I doubt we'll do."

While the Eagles are struggling to get to the passer, the Packers are having few issues defensively. Green Bay's four interceptions and 12 sacks are each tied for third most in the league. Preston Smith and Za'Darius Smith combined for eight total tackles, six quarterback hits, five sacks and a forced fumble in the Packers' win against the Denver Broncos on Sunday.

"We've never wanted to just manage the football game around here, so the standards are very high for us," Aaron Rodgers said. "We gotta play a lot better on offense. We've played some good defenses, no doubt about it, but the standard and the expectations are very high here, and we haven't met them on offense. ... At some point, we can't expect our defense to shut everybody down. They have been. But at some point the offense is going to have to wake up and start making some plays."

Wentz had eight of his passes dropped against the Lions, including a deep ball to J.J. Arcega-Whiteside that could've been the go-ahead score in the final minute. A week earlier, Nelson Agholor dropped what could've been a go-ahead 60-yard TD with under two minutes left in a 24-20 loss at Atlanta.

"It's part of the game. Guys are going to drop passes," Wentz said. "We're going to put the ball on the ground. I'm going to throw picks. We're going to miss reads. Things happen. Guys make mistakes. Any time somebody drops a pass or something like that, I make sure I go right up to them and tell them it's coming their way the next time and just try to keep building them up. Staying positive. Again, it's frustrating. No one wants to make mistakes, but there's nothing you can really do about it. Just have to keep building those guys up."