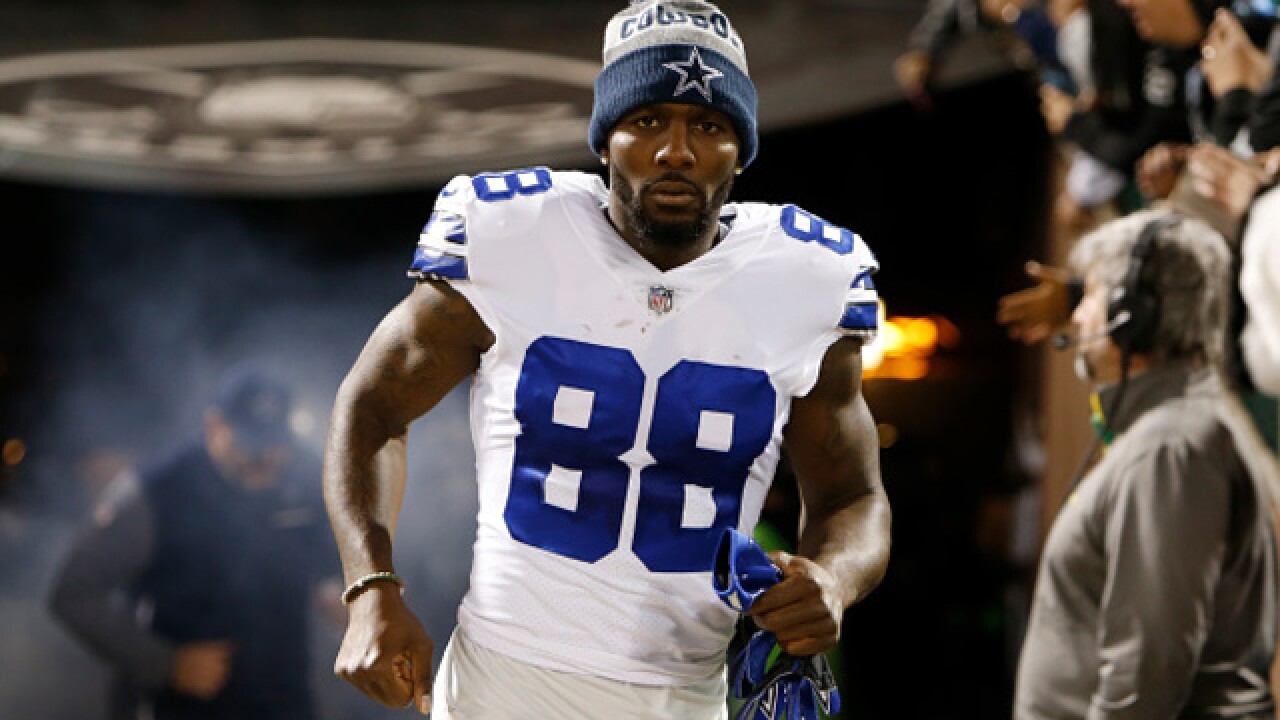 Image copyright 2018 Getty Images. All rights reserved. This material may not be published, broadcast, rewritten, or redistributed.
Lachlan Cunningham
<p>OAKLAND, CA - DECEMBER 17: Dez Bryant #88 of the Dallas Cowboys runs onto the field prior to their NFL game against the Oakland Raiders at Oakland-Alameda County Coliseum on December 17, 2017 in Oakland, California. (Photo by Lachlan Cunningham/Getty Images)</p>

The NFL buzz is all about which team will scoop up a recently available, record-setting wide receiver.

The Packers are a part of that buzz and may have interest in an ex-Cowboy player, who is known to be quite the diva.

They announced his release in exchange for signing tight end Jimmy Graham.

Packers fans wanted off-season moves. They got them today.

The team may have an idea for Nelson's replacement.

Rumors are circulating of the team having interest in ex-Cowboy Dez Bryant.

The Dallas Cowboys made a shocking decision to release Bryant, who is the NFL's all-time leader in touchdown receptions.

ESPN's Adam Schefter posted on Twitter of possible teams that might be scouting Bryant. One of those teams is the Packers.

Four teams that some believe could show varying levels of interest in free-agent WR Dez Bryant:

But could Bryant replace Nelson?

A couple years ago, Bryant was named as one of the top 10 biggest divas in the NFL. The wide receiver is known for causing drama on and off the field, though he may "hate the word diva."

But, the Packers do need another wide receiver who is up to par with the team's history of record-setting receivers. Especially since receiver Jeff Janis is also no longer on the roster.

If Bryant joined the Packers, the team could be extremely successful. However, Bryant did mention interest in playing the Cowboys, perhaps to get his revenge. The only teams that for sure play the Cowboys are in the NFC East.

Regardless, the Packers may not be able to pass up the opportunity.