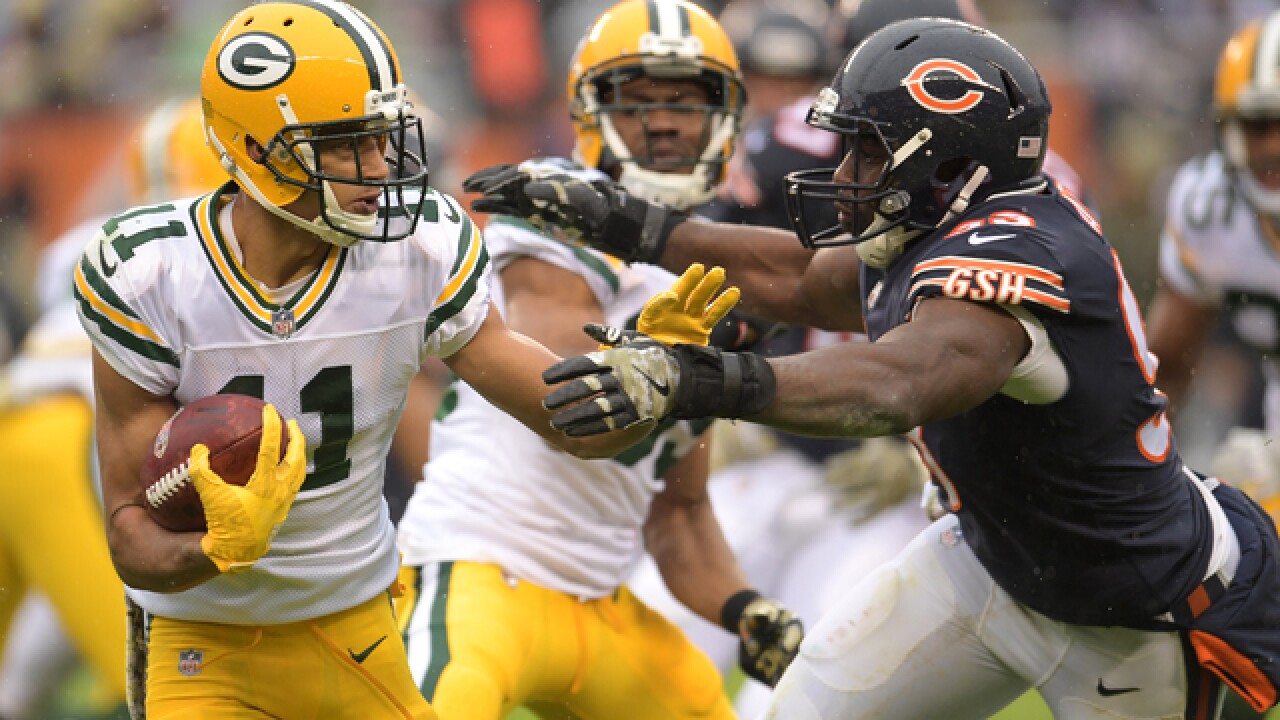 Copyright 2018 Scripps Media, Inc. All rights reserved. This material may not be published, broadcast, rewritten, or redistributed.
Stacy Revere
CHICAGO, IL - NOVEMBER 12: Trevor Davis #11 of the Green Bay Packers carries the football against Sam Acho #93 of the Chicago Bears in the second quarter at Soldier Field on November 12, 2017 in Chicago, Illinois. (Photo by Stacy Revere/Getty Images)

Packers Wide reciever Trevor Davis will not face charges after an arrest for making a bomb joke at Los Angeles International Airport in early April, per ESPN's Rob Demovsky.

Davis met with the Los Angeles City Attorney last week in an informal hearing and City Attorney Spokesperson Frank Mateljan said he did not expect further action and no further court appearances have been scheduled.

Davis' arrest came from a joke he made with a female companion about packing explosives at the Hawaiian Ticket Airlines encounter.

"Davis turned to his female companion and asked if she remembered to pack the explosives. He was then taken into custody and booked," Public Information officer Rob Pedegron told Demovsky at the time of the incident.

Davis, entering his third year with Green Bay, returned 31 kicks and 24 punts last season for a total of 996 yards, an average of 18 yards per return.  He participated in all of Green Bay's offseason program.