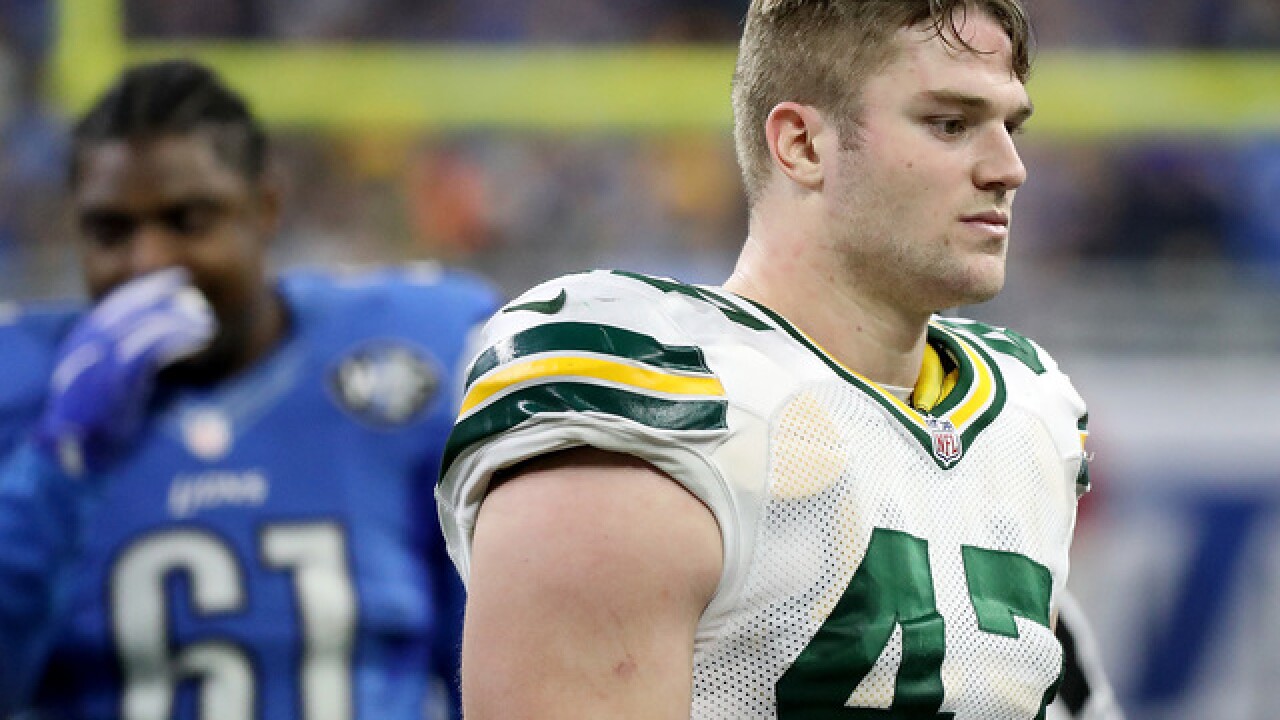 Copyright 2018 Scripps Media, Inc. All rights reserved. This material may not be published, broadcast, rewritten, or redistributed.
Leon Halip
<p>DETROIT, MI - JANUARY 01: Jake Ryan #47 of the Green Bay Packers and Kerry Hyder #61 of the Detroit Lions react to a neck injury to Quinten Rollins (not pictured) of the Packers during the third quarter at Ford Field on January 1, 2017 in Detroit, Michigan. (Photo by Leon Halip/Getty Images)</p>

Ryan was hurt during practice last week and had to be carted off the field.

Packers LB Jake Ryan has a torn ACL, per source.

The inside linebacker has played in three seasons with Green Bay and started 12 games last year.