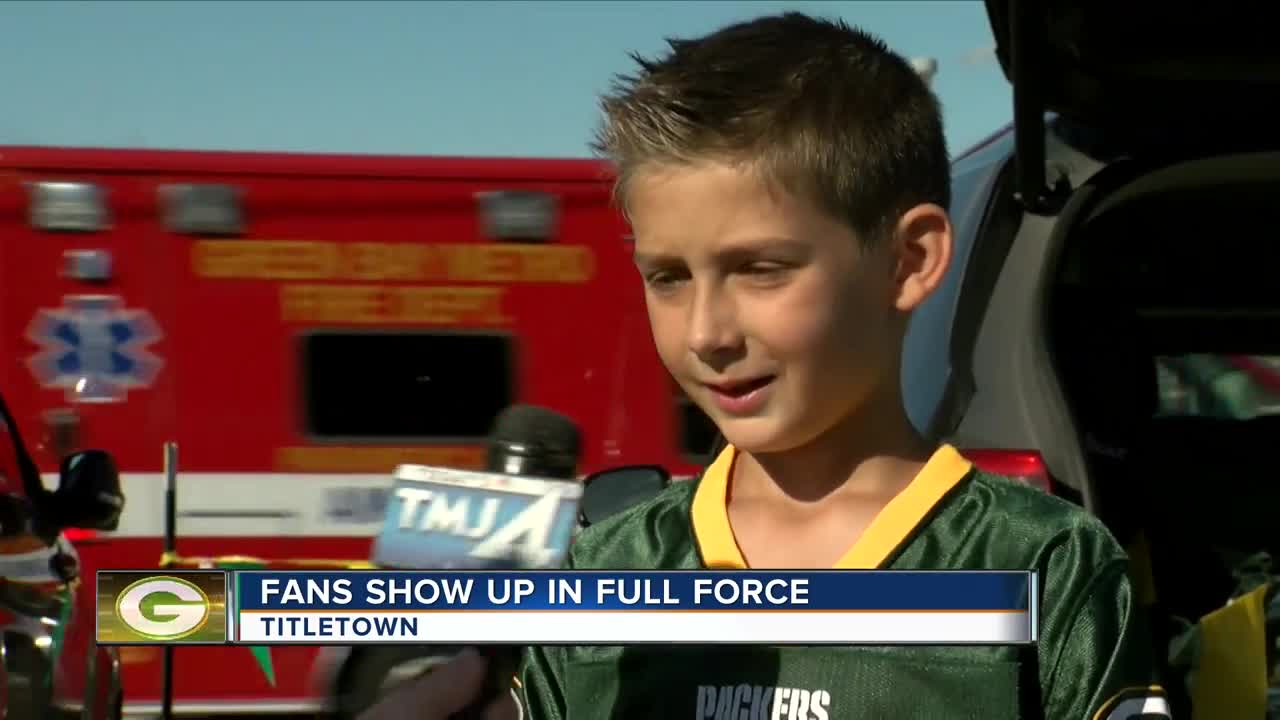 GREEN BAY — The Green Bay Packers head into the regular season on a high note after beating the Kansas City Chiefs 27-20 in the preseason finale.

"Titletown" already appears to be in midseason form as tens of thousands of fans got fired up for their final tailgate tune-up Thursday night before the real fun begins.

“When you’re there, it’s not like being at home. There’s something totally different about it,” said Packers fan Scott Strand.

When it comes to expectations, Packers fans are hoping for a major turnaround after back-to-back seasons without a trip to the playoffs.

“When you’re there, it’s not like being at home. There’s something totally different about it.” — Packers fan Scott Strand

“We’ve got some new players; we’ve got a new coach. I don’t expect miracles the first year,” said Jay Tousey.