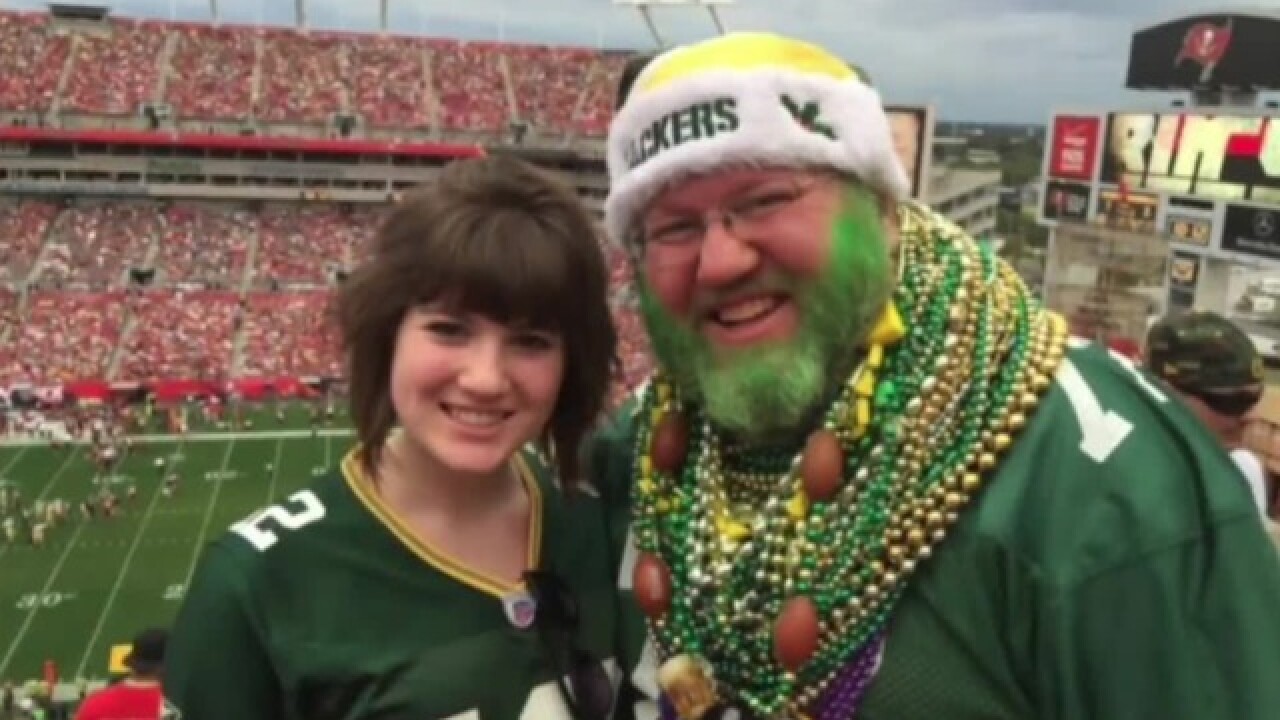 The Green Bay Packers fan suing the Chicago Bears in federal court has questions about whether his lawsuit will impact the NFL's ability to fine teams if their players kneel in protest during the national anthem.

TODAY'S TMJ4 first introduced you to Russell Beckman in June, 2017 .

He's a Packers fan who holds season tickets at both Lambeau Field and Soldier Field.

"I'm a fan of the rivalry," said Beckman, who enjoys going to the Packers vs. Bears game at both venues.

Beckman's season ticket-holder status eventually enabled him to visit the field during pre-game activities at Soldier Field. But the Bears banned him from wearing his Green and Gold gear on the field.

Beckman is now suing the team in federal court. He claimed his First Amendment rights were violated.

While the Bears are a privately-owned organization, Soldier Field is owned by the Chicago Park District, which rents it to the team.

"I really believe this is a First Amendment issue," Beckman said.

Jonathan Safran, a Milwaukee civil rights attorney not affiliated with Beckman's case, said he thinks Beckman must prove the park district signed off on the Bears' restriction if he's to have any chance of winning the lawsuit.

"To have a constitutional violation, you have to have a governmental entity involved," Safran said.

"I think a lot is going to depend on how much (the Chicago Park District) knew, how involved they were, and what interests did they have?" Safran also said.

Beckman said he originally just wanted the Bears to drop the ban on his Packers clothing and, in return, he would drop the lawsuit.

However, he said he's now willing to proceed with the suit even if the Bears relent.

He thinks the court's ruling on his case could impact whether players kneeling in protest during the national anthem is seen as a first amendment right—at least when it takes place in publicly-owned stadiums.

"It's notable that other people have observed there is, potentially, a connection," Beckman said. "That I can have an impact on the player protests - or at least my case will."

Beckman wouldn't say if any players, or the NFL Player's Association, had reached out to him.

"I won’t disclose the conversations I’ve had, with people or entities, and I’ll just leave it at that. I would potentially be exposing legal strategy," Beckman said.

A federal judge previously denied a motion from the Bears to dismiss Beckman's lawsuit.

The NFL team is currently asking the judge to reconsider. Beckman said he will file an amended complaint should the judge reverse course and rule to dismiss the case.