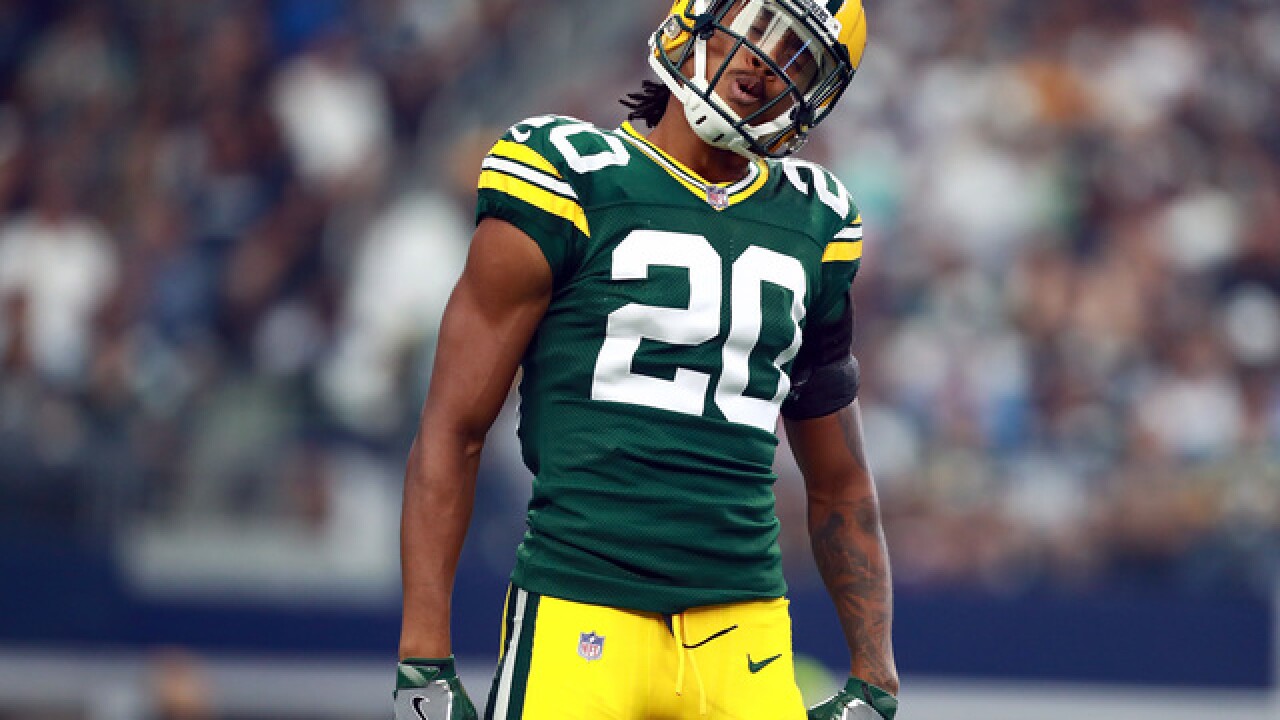 Copyright 2018 Scripps Media, Inc. All rights reserved. This material may not be published, broadcast, rewritten, or redistributed.
Tom Pennington
ARLINGTON, TX - OCTOBER 08: Kevin King #20 of the Green Bay Packers celebrates after a play against the Dallas Cowboys in the first half at AT&T Stadium on October 8, 2017 in Arlington, Texas. (Photo by Tom Pennington/Getty Images)

King, a rookie corner from the University of Washington, was the Packers first pick in the 2017 draft, selected in the second round with the 33rd overall pick.

He played in nine games this year, starting five, and collected 21 tackles and five pass deflections.

King has been dealing with this shoulder issue since tearing his labrum during his freshman year at Washington, though he labeled it as "not a concern" in August.

Throughout the season, King wore shoulder protection on his left arm and was forced to miss weeks 6 and 11 versus the Vikings and Ravens.

Again in November, King denied any real problems surrounding the shoulder saying, "It's feeling all right. It definitely affects you, but it's something I've been going through for a while now. I'm all right."

King then went on to insist that it would not be a problem for the rest of the season, according to ESPN's Rob Demovsky. Even though Demovsky said King "sure sounds like someone who knows he needs surgery after the season."

Despite the injury, head coach Mike McCarthy was pleased with the work King did this season.

"I can’t give him enough credit for fighting through what he has,” McCarthy said. "These injuries are a challenge for every team, and that’s something that we’ve had to deal with a lot this year.”

In response to King's departure to IR, the Packers activated cornerback Demetri Goodson off of the Physically Unable to Perform (PUP) list. Goodson has not played in 2017.