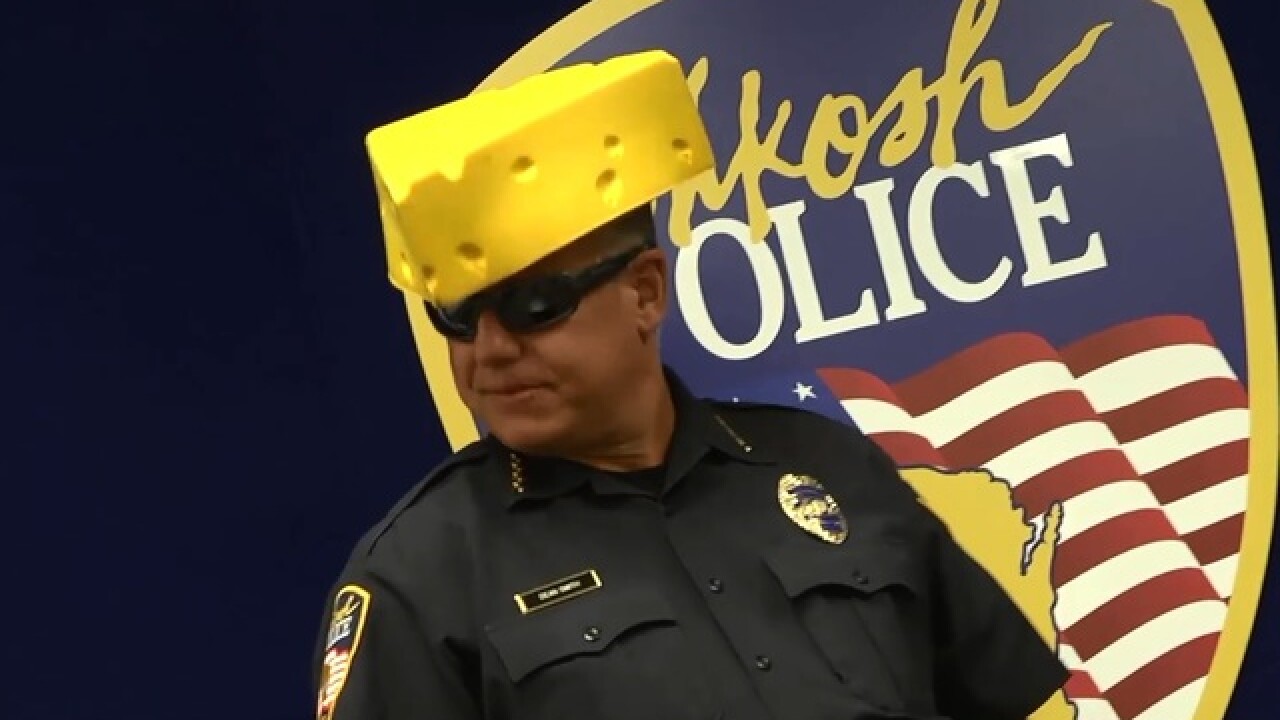 OSHKOSH -- In keeping with tradition alongside what seems like every other police force in the country, the men and women of the Oshkosh Police Department took part in the #lipsyncchallege, which has since gone viral.

The officers added a little twist to the challenge. Usually, you see the officers performing a recent hit or popular song. OPD decided to do a parody song of the Far East Movement song, "Like A G6," called, "Feelin' So Fly Like A Cheesehead," to show off their massive Packers pride.

The video is great on visuals alone from the green and gold cars, Packers memorabilia and the SWAT team making an appearance.

The challenge was started by the Corinth Police Department in Texas did a video of Miley Cyrus’s “Party in the U.S.A.” and challenged other departments.

OPD challenged the police departments of Green Bay, Suffolk, West Allis, Middleton, Neenah, Wisconsin and Fox Crossing to perform a lip sync. But it's safe to say Green Bay has a tough challenge to show more Packer pride than Oshkosh.