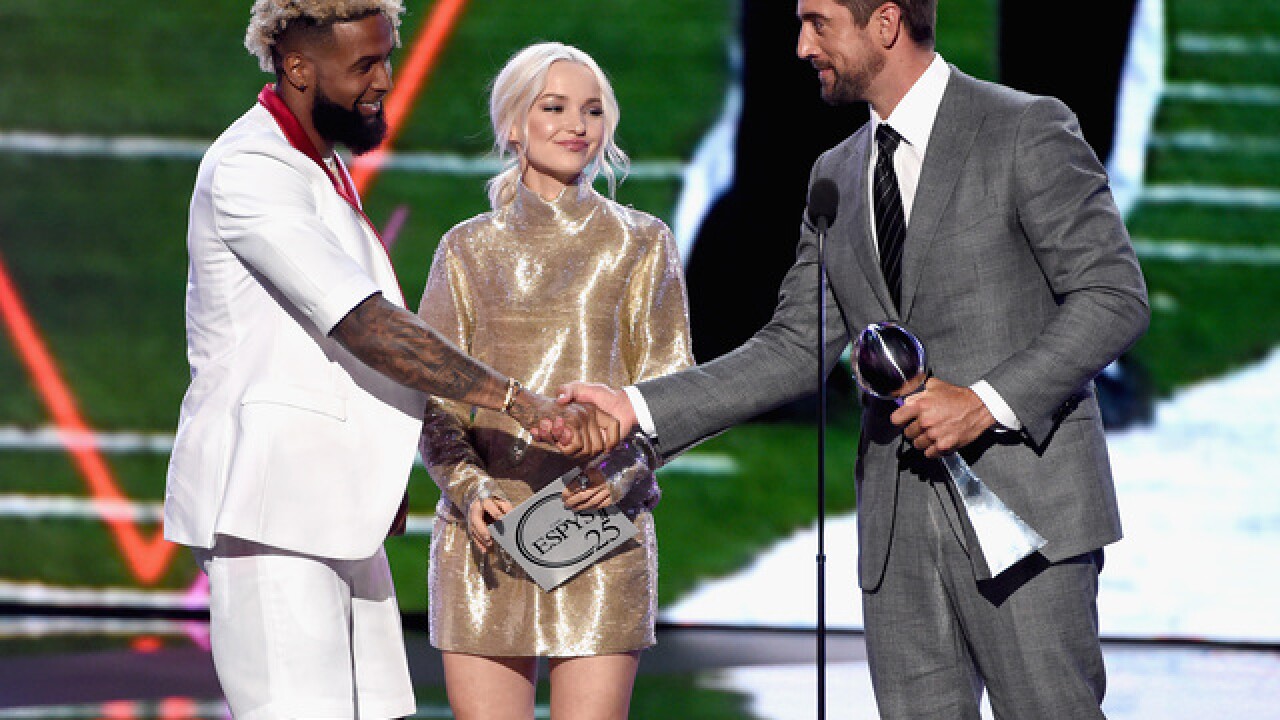 Giants wide receiver Odell Beckham Jr. wants at least $20 million per year in his next contract, according to NFL Network's Mike Garafolo.

If Beckham gets his desired raise, and the Packers don't follow through on Aaron Rodger's potential payday, the receiver could be making around the same or more than the two-time MVP in 2019.

The first-round pick in 2014 is entering the last year of his rookie deal this season and is slated to make $8.5 million this year.

If the Giants were to give him a $12 million raise next offseason he would have the most expensive wide receiver contract in the league, surpassing Antonio Brown's $17 million per-year average.

But based on his eye-popping receiving numbers, Beckham would certainly be worth it.

He is one of only three receivers in NFL history to have at least 4400 receiving yards and 38 receiving touchdowns combined in his first four seasons. The other two on the list are Jerry Rice and Randy Moss.

“This is America,” he said when asked if a wide receiver could hypothetically be the first non-quarterback to make $20 million per season. “It’s a great place. Anything’s possible.”