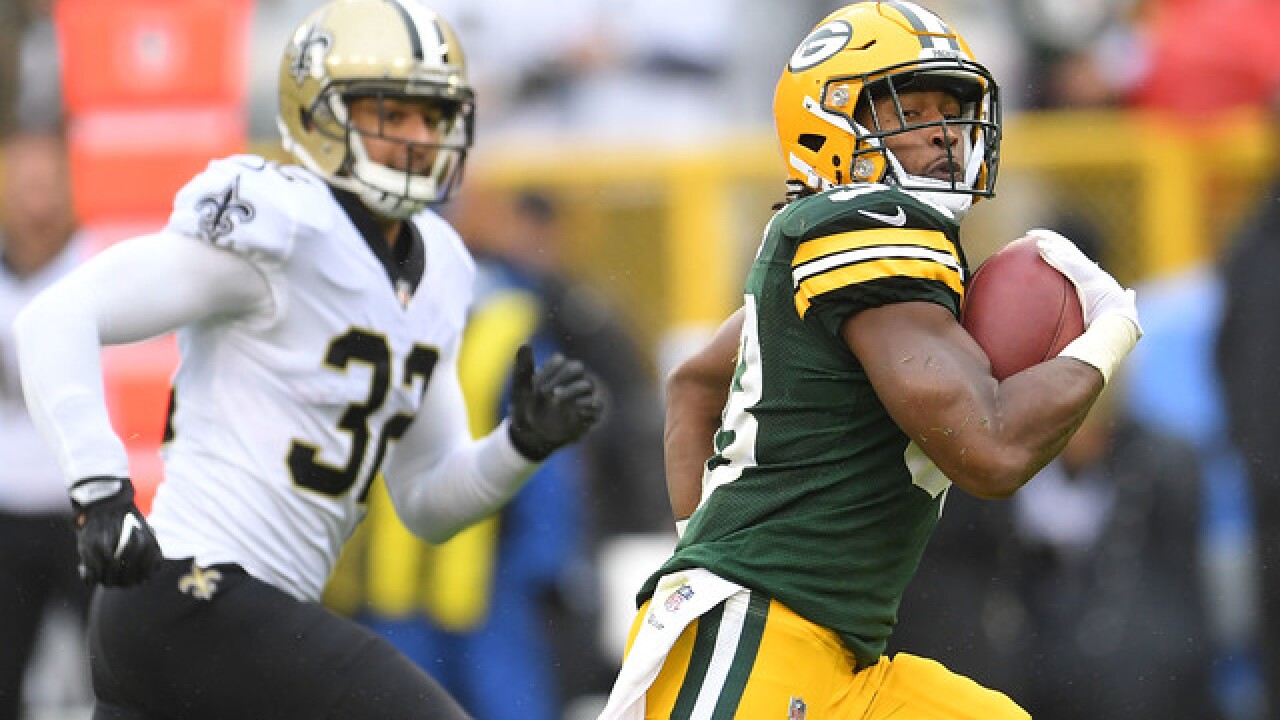 Image copyright 2018 Getty Images. All rights reserved. This material may not be published, broadcast, rewritten, or redistributed.
Stacy Revere
<p>GREEN BAY, WI - OCTOBER 22: Aaron Jones #33 of the Green Bay Packers rushes for a touchdown against the New Orleans Saints during the first quarter at Lambeau Field on October 22, 2017 in Green Bay, Wisconsin. (Photo by Stacy Revere/Getty Images)</p>

The 23-year-old was stopped for speeding 24 miles-per-hour over the limit on Highway 172 in Ashwaubenon around midnight back in October. The police officer on the scene reported Jones smelled like marijuana and said his eyes were red and bloodshot. Jones confirmed that he smoked marijuana earlier in the day, but denied having any in his possession.

The Packers and head coach Mike McCarthy were made aware of the situation right away.

"I spoke to Aaron after the incident," McCarthy said in November. "It's been a while since, I don't recall the date. He made a mistake, and I know it's a pending legal situation. But yes, I am aware of it."

In November, Jones initially pleaded not guilty but switched to no contest in exchange for the dismissal of tickets for speeding and operating without a license.

Now, Jones will have to pay $1,047 in fines, his license is suspended for six months and he will undergo an alcohol assessment.

The fifth-round pick in 2017 out of the University of El Paso played in 12 games this season, starting five, and rushed 81 times for 448 yards and four touchdowns. Good enough to be the team's second-leading rusher behind Jamaal Williams, who ran for 556 yards, but averaged 1.9 less yards per carry. Jones also added 9 receptions for 22 yards.

Jones could still face suspension from the NFL.