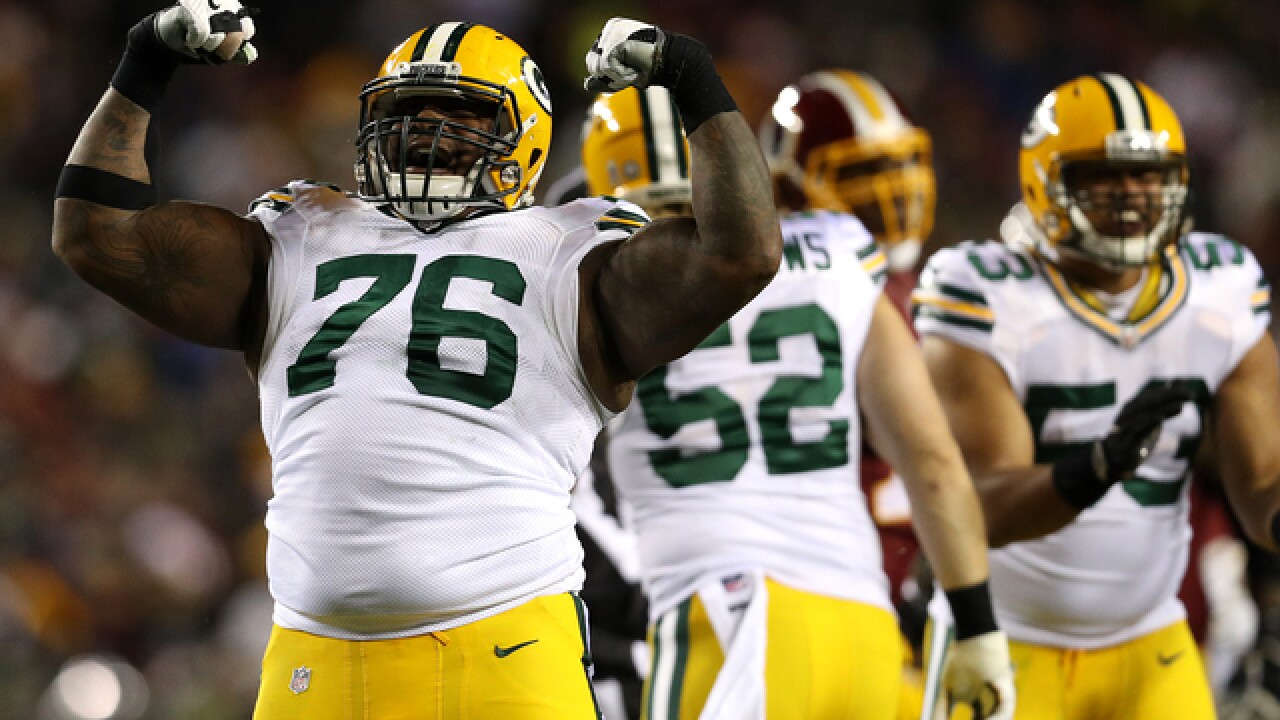 Copyright 2018 Scripps Media, Inc. All rights reserved. This material may not be published, broadcast, rewritten, or redistributed.
Patrick Smith
LANDOVER, MD - NOVEMBER 20: Defensive end Mike Daniels #76 of the Green Bay Packers reacts after a play in the second quarter against the Washington Redskins at FedExField on November 20, 2016 in Landover, Maryland. (Photo by Patrick Smith/Getty Images)

Packers defensive end Mike Daniels showed off his cartoon trivia on a visit to the NFL films studio.

Remind us to never go against @Mike_Daniels76 in cartoon trivia. 😅😂
Thanks for stopping by the office today, Mike! @packers #GoPackGo pic.twitter.com/Yyl2mmipFn

Daniels was there to go over film with NFL analyst and former Philadelphia Eagles quarterback Ron Jaworski, but couldn't’t resist taking a moment to try and label all of his favorite cartoon characters.

However, Daniels might even be more confident with his on the field play. Jaworski tweeted out a quote from his film session where Daniels said, “Jaws, they know it’s coming, and they still can’t stop it.”

Fans will be able to watch to entire film session with Daniels later in the coming days.