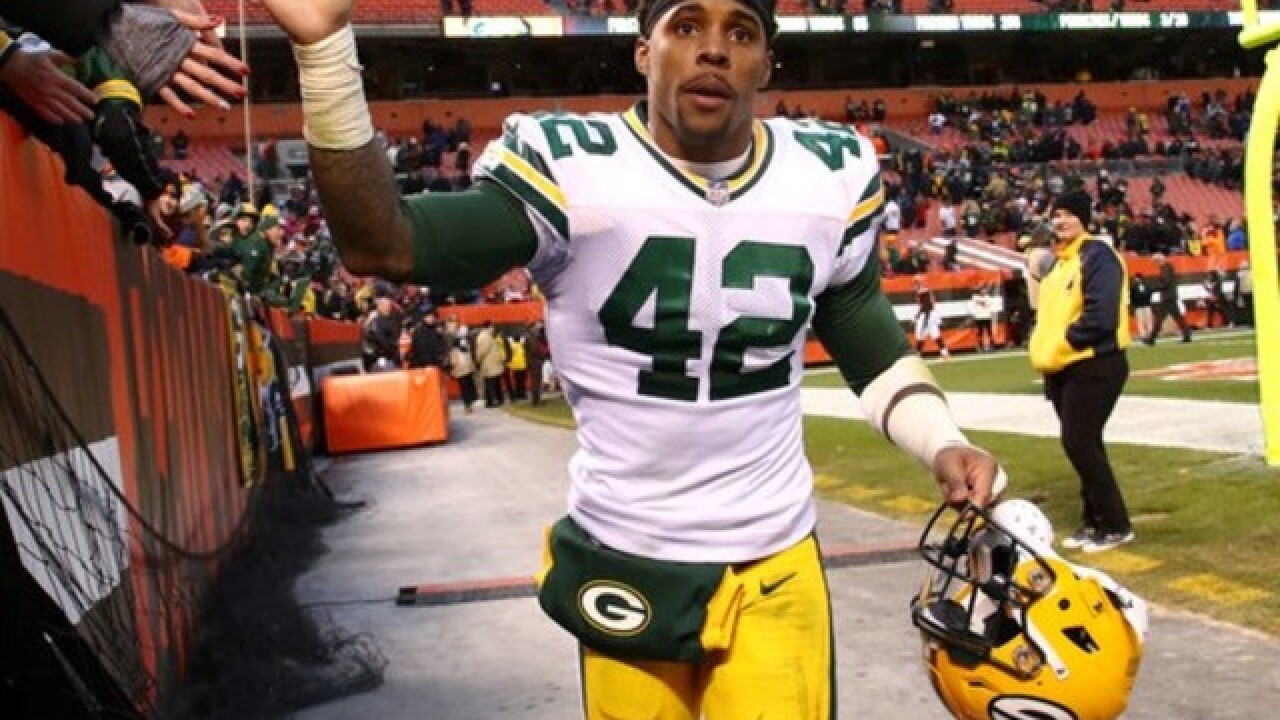 GREEN BAY -- One of the anchors of the Green Bay Packers' defense is set to join Pittsburgh.

Safety Morgan Burnett, who has been the defensive signal-caller and brains behind the Packers defense, will be flying to Pittsburgh to sign with the Steelers, according to former teammate James Jones of NFL Network.

Burnett reportedly departs after eight years with the Packers, including the Super Bowl season where they defeated the Steelers.

His value to the team has been greater than statistics - which included nine interceptions, eight forced fumbles, 10 fumble recoveries and 7.5 sacks.

Burnett was the brains behind the defense on the field, the organizer of formations and adjustments for the men in front of him.

That role may fall to second-year safety Josh Jones, who has learned behind Burnett the past year, but will have to play a key part in the defense of new coordinator Mike Pettine.