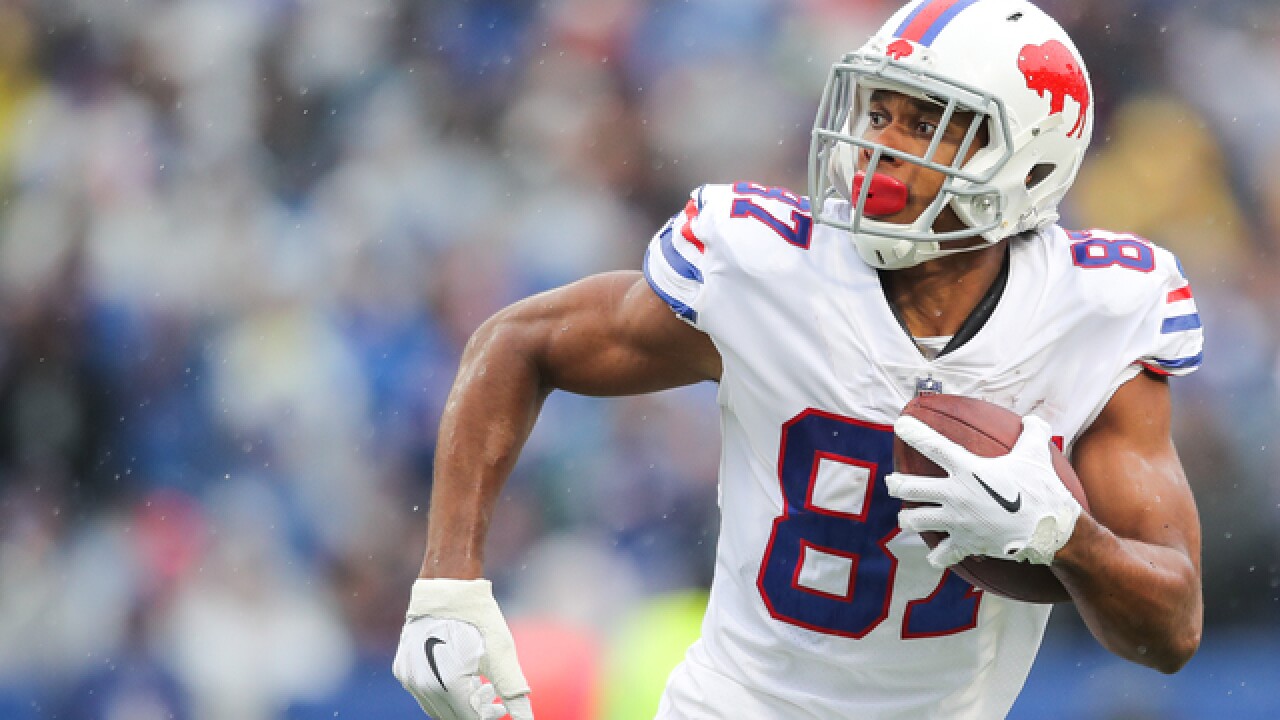 Copyright 2018 Scripps Media, Inc. All rights reserved. This material may not be published, broadcast, rewritten, or redistributed.
Brett Carlsen
ORCHARD PARK, NY - OCTOBER 29: Jordan Matthews #87 of the Buffalo Bills runs with the ball during the first quarter of an NFL game against the Oakland Raiders on October 29, 2017 at New Era Field in Orchard Park, New York. (Photo by Brett Carlsen/Getty Images)

Patriots are signing former Bills’ WR Jordan Matthews to a one-year deal, per source. Healthy now, so could be a real factor.

Matthews had shown interest with in Packers earlier this offseason, visiting the team back in March, but opted to go with Tom Brady and Bill Belichick over Aaron Rodgers.

Matthews would have given the Packers another quick-footed weapon in the slot to accompany Randall Cobb and would have added to their receiving depth following Jordy Nelson's release and Jeff Janis' departure.

With Matthews off the market, an already slim crop just got slimmer.

If the Packers do plan on adding a receiving talent in free agency, they've have to look at Michael Floyd, Dontrelle Inman or Eric Decker.