Former receiver gets in spat with Davante Adams 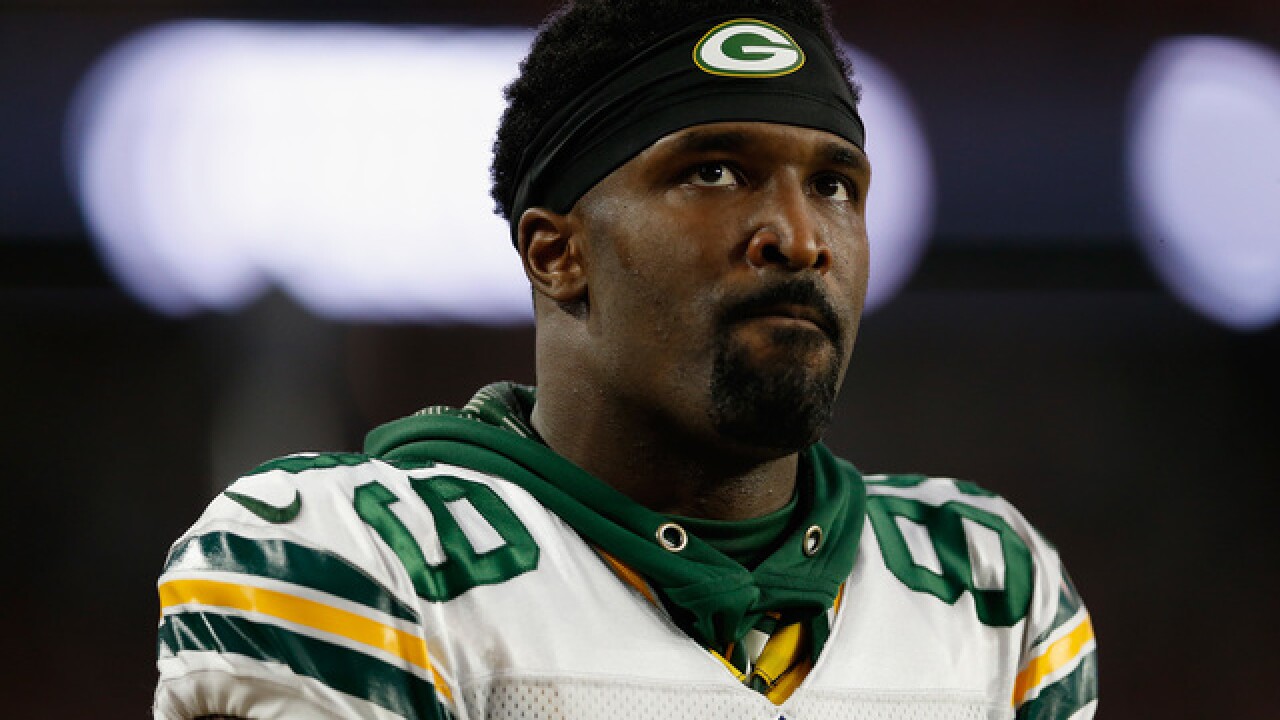 Copyright 2018 Scripps Media, Inc. All rights reserved. This material may not be published, broadcast, rewritten, or redistributed.
Christian Petersen
GLENDALE, AZ - DECEMBER 27: Wide receiver James Jones #89 of the Green Bay Packers on the sidelines during the NFL game against the Arizona Cardinals at the University of Phoenix Stadium on December 27, 2015 in Glendale, Arizona. (Photo by Christian Petersen/Getty Images)

And Jones responded to him with a Tracy Morgan gif saying, "Nope."

Packers safety Ha Ha Clinton-Dix also got in on the twitter scuffle, responding to Jones' gif with a crossed arms gif.

If you could pick the NFL’s most explosive offensive based on the combination of play-caller, QB, Playmakers and O-Line, which teams would crack your Top 5?

Keep in mind, you’re looking for squads with elite guys in place in every category, particularly at OC #Top5

If you could pick the NFL's most explosive offense based on the combination of play-caller, QB, playmakers and O-line, which teams would crack your top five?" Brooks said. "Keep in mind, you're looking for squads with elite guys in place in every category, particularly at OC."

However, Jones did admit the Packers have a chance to crack the top five with the talented core they have.

"With Philbin and 12 (quarterback Aaron Rodgers) back, the Pack can definitely be top five," he said.

But even with Jones complimenting his former team, Packers fans weren't too happy with him--especially after favoring the team up north.

"Not saying you have to pick the Pack," Twitter user @Packersfanjt3 said. "But the Vikings pick doesn't make sense average QB good not great receivers, and big question mark at running back with a guy coming off ACL surgery plus a less than stellar o-line make them average."

He was far from the only fan flooding Jones' mentions and throwing shots at the Vikings.

But it's easy to understand the frustration considering Jones suited up in green and gold for eight of his nine professional seasons.

Over his career with Green Bay, Jones caught 360 passes for 5,195 yards and 44 touchdowns. He also spent one year with the Oakland Raiders.

Jones, Davante Adams and Clinton-Dix shared the locker room in 2015, Jones last year in the league.