'I hope he can play until he doesn't want to': LaFleur talks Rodgers after surprising Love draft pick 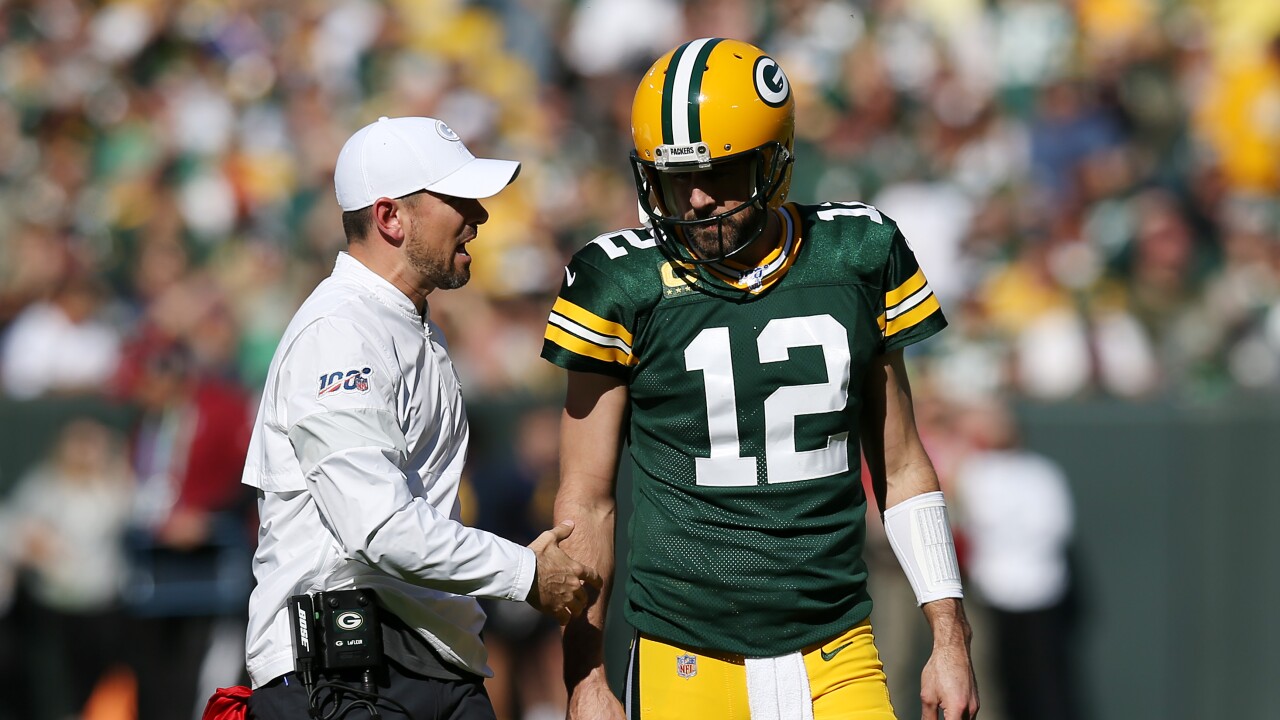 "Aaron is a pro, and he's the leader of our football team, and I anticipate that for a really long time," said LaFleur. "I think he's the best ever to play the game. I hope he can play until he decides he doesn't want to play anymore."

LaFleur also acknowledged Rodgers' ability to be a leader and a mentor for Love.

"He is the one that leads us out there. I know he's going to be a great mentor and I'm excited to get back to work with all these guys," said LaFleur.

Rodgers is currently in a $134 million contract that goes through 2023, which happens to be when Love's contract will end. However, the Packers will have an option for fifth year.

"Jordan's got to learn, he's got a lot to go. I'm not going to lie, we took him in the first round, if we didn't like him a lot, we wouldn't have done that. But again, the importance of that position to our franchise is just something to me that can't be overlooked," said Gutekunst.

So, from the sounds of it, Packers fans don't have to worry too much about Rodgers' career ending anytime soon. LaFleur seems to have his mind set on keeping number 12 around for a while yet.