Here's how the Packers could still make the playoffs 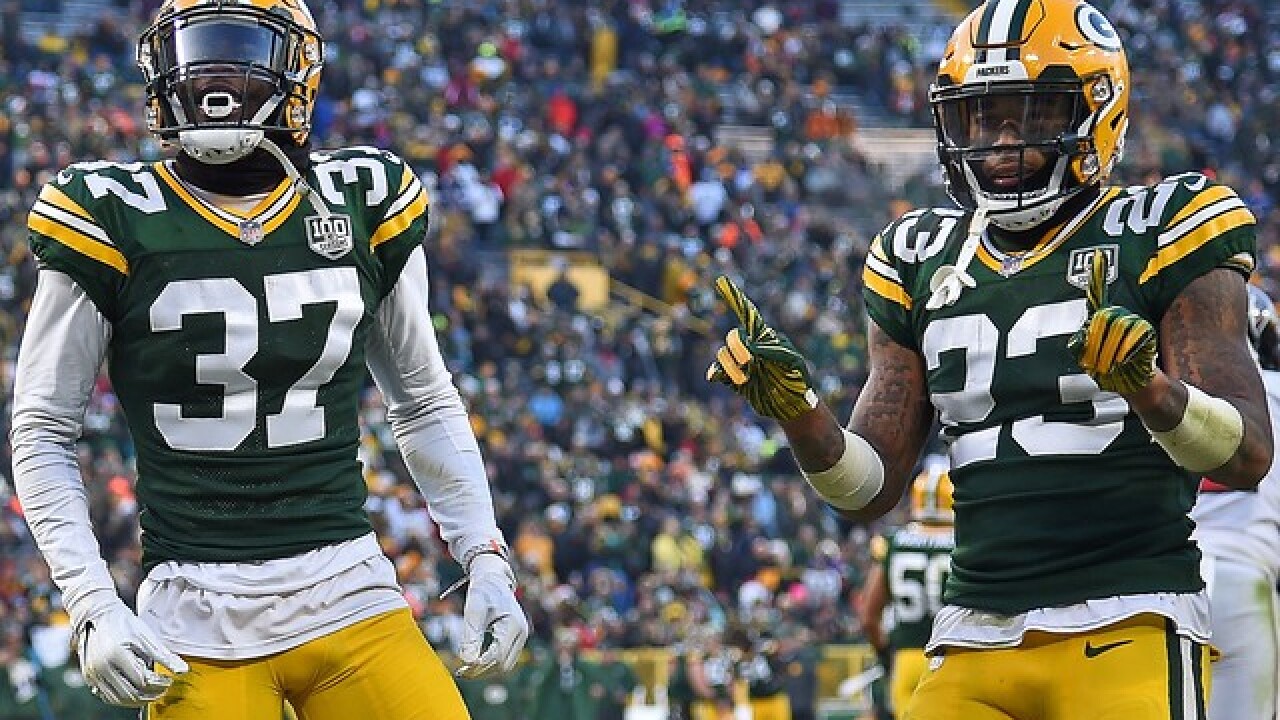 Image copyright 2018 Getty Images. All rights reserved. This material may not be published, broadcast, rewritten, or redistributed.
Stacy Revere
<p>GREEN BAY, WISCONSIN - DECEMBER 09: Josh Jackson #37 of the Green Bay Packers celebrates with Jaire Alexander #23 after deflecting a pass during the second half of a game against the Atlanta Falcons at Lambeau Field on December 09, 2018 in Green Bay, Wisconsin. (Photo by Stacy Revere/Getty Images)</p>

The Green Bay Packers may want to forget this season, but there is still a chance of making the playoffs after their win over the Atlanta Falcons Sunday.

Despite the team's 5-7-1 record, they could somehow sneak into the postseason. But not without some help.

According to WTMJ radio , for Green Bay to make the playoffs, they would need:

Yes the Packers need a lot of help, but in the words of Jim Carey's Lloyd Christmas, "there's a chance."