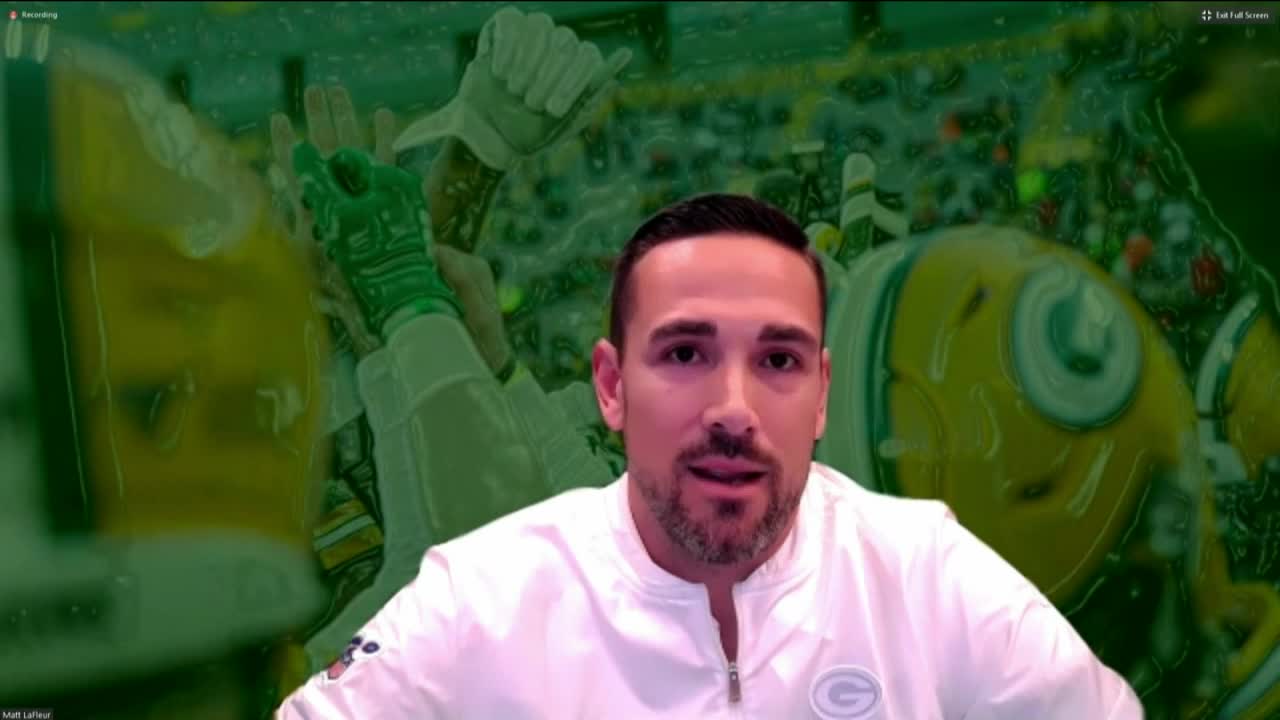 The Packers produced an impactful video Thursday. Today, I asked Head Coach Matt LaFleur if he or the players have had to re-examine their feelings.

GREEN BAY — The Packers produced an impactful video Thursday. Friday, I asked Head Coach Matt LaFleur if he or the players have had to re-examine their feelings.

"I told this to the team. I don't know what it's like to be a black man living in America. And I don't try to pretend to know," LaFleur said. "But what I do try to do is listen. Show empathy. And told the guys, 'I'm all in for whatever needs to be done. To end racism. To end social injustice. To end the police brutality.' Because I do believe we are all equals."

Lance: They say you grow more in the valley, through trials, than when you're on top of the peak. Is there a bright spot in all this?

"I am hopeful and excited for the future. I think that there's a chance to make significant change in this country. And I just want to be a part of that process," LaFleur said.

Right guard Billy Turner is from the Twin Cities, near where George Floyd died.

"It definitely hit close to home, because it happened just a few miles away," Billy Turner said.

And he addressed the offensive line room, and his fellow teammates.

"As a minority and being a black offensive lineman and there not being a lot of them? It was important for me to give my piece to the offensive line room," Turner says.

Discussions are sure to be ongoing.