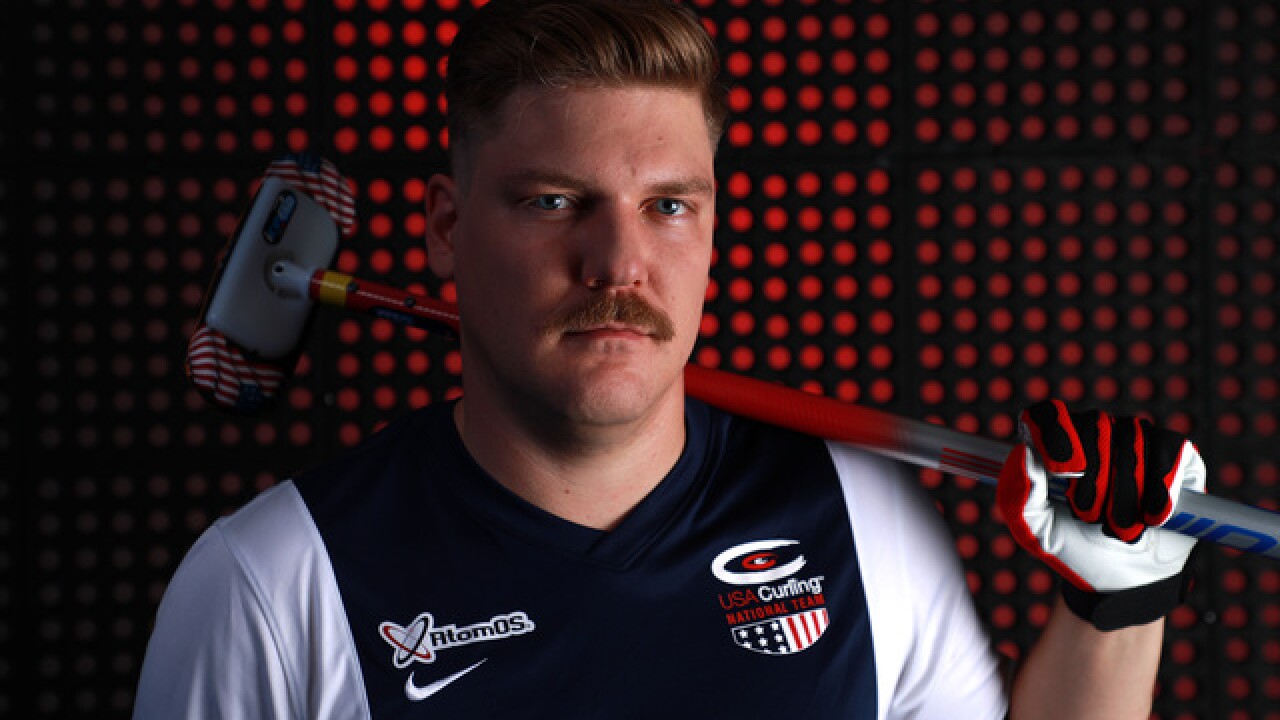 Image copyright 2018 Getty Images. All rights reserved. This material may not be published, broadcast, rewritten, or redistributed.
Ron Jenkins

If it's even possible, Matt Hamilton is about to become even more popular in Wisconsin.

The Olympic gold medal curler has taken his home state pride to a new level.

Like many other celebrity guests, the U.S. men's curling team is taking an active role in the NFL draft.

During day three of the NFL draft, the curling team will help announce some of the Minnesota Vikings' picks from the St. Paul Curling Club.

Except for one mustached member, whose deep love for his home team Green Bay Packers is a conflict of interest.

Hamilton told The Washington Post that because he is a Packers fan, he won't participate.

The loyalty is another example of the celebrity athlete bromance between Hamilton and Packers quarterback Aaron Rodgers.