David Bakhtiari and his mother donate 10,000 bowls of soup to Green Bay shelter 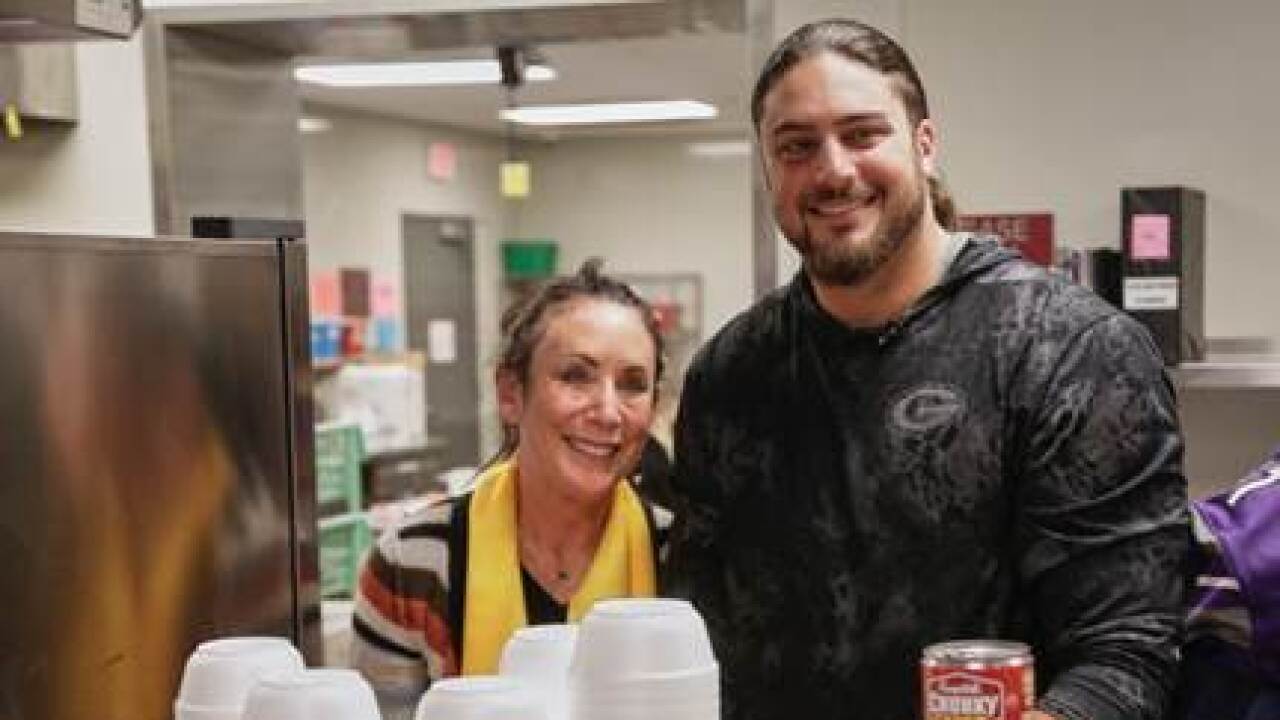 As a part of the Campbell's Champions of Chunky campaign, Bakhtiari and his champion (his mother Debbie) served soup to those in need.

Campbell's Champions of Chunky campaign is the new and improved version of the iconic Mama's Boy campaign, which first aired in 1997.

By the end of the day, Bakhtiari and Campbell's Chunky donated more than 10,000 bowls of soup.