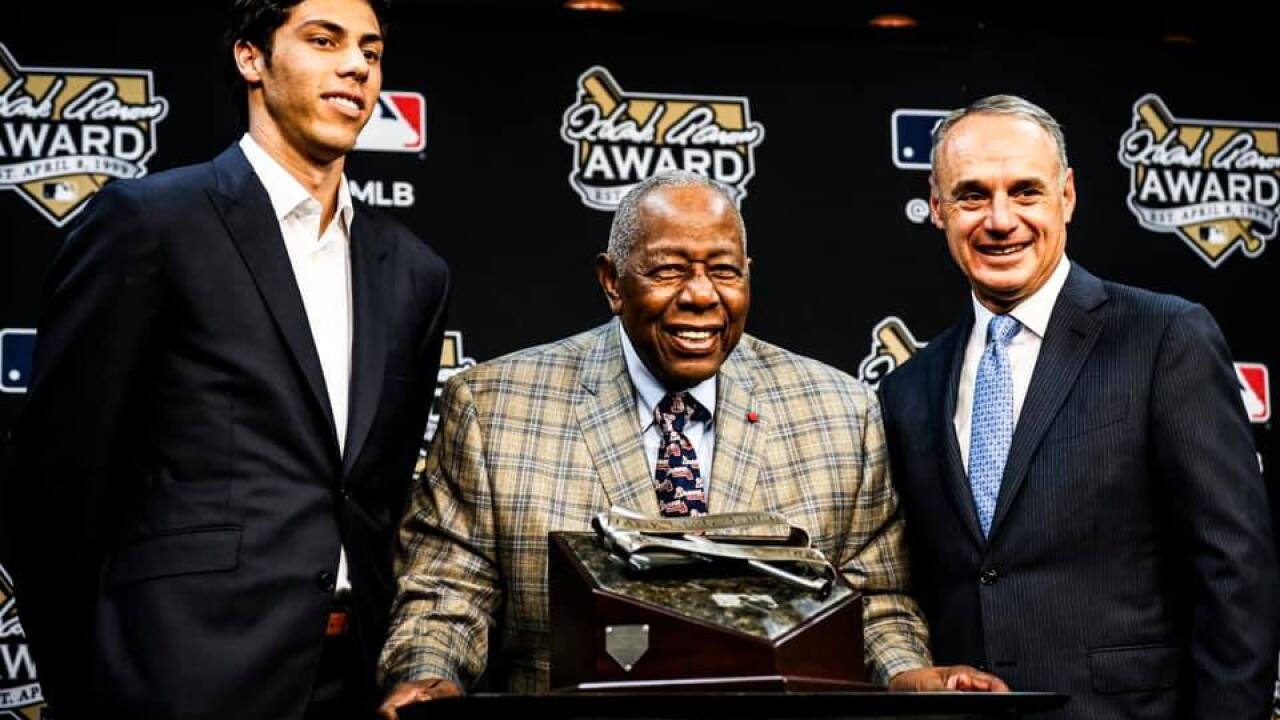 MILWAUKEE — Christian Yelich has been selected as the National League (NL) winner of the Hank Aaron Award for the second year in a row.

The Hank Aaron Award is an MLB award that recognizes the most outstanding offensive performer in each league. On Wednesday, the MLB announced this year's winners prior game two of the World Series. Milwaukee's own, Christian Yelich, was one of the winners and has added a second Hank Aaron Award to his collection.

“I want to give a big thanks to Hank Aaron, the Hall of Fame voters and my teammates and coaching staff,” Yelich said. “Hank Aaron is such an important person in the history of baseball and the city of Milwaukee. To receive this award is an enormous honor and I look forward to sharing this excitement with my family and our great fans.”

The Hank Aaron Award was established in 1999 to honor the 25 years since Aaron broke Babe Ruth's all-time home run record. Fans voted on MLB.com and, for the 10th straight year, a special Hall of Fame players panel led by Aaron also took part in voting for the award. These Hall of Famers were personally picked by Aaron to lend their help in selecting the best offensive performer in each league.

Yelich just wrapped up his seventh Major League season and led the majors with a .671 slugging percentage along with a 1.100 OPS.

When handing out the awards the Baseball Commissioner said this about winners Yelich and Mike Trout:

“Mike Trout and Christian Yelich again showed why they’re considered two of the best all-around players in baseball,” said Baseball Commissioner Robert D. Manfred Jr. “Both players have received the Hank Aaron Award previously, which demonstrates their ongoing excellence as offensive players. Their extraordinary seasons will be commemorated by this honor named after a living legend and one of the greatest players in baseball history, Hank Aaron.”