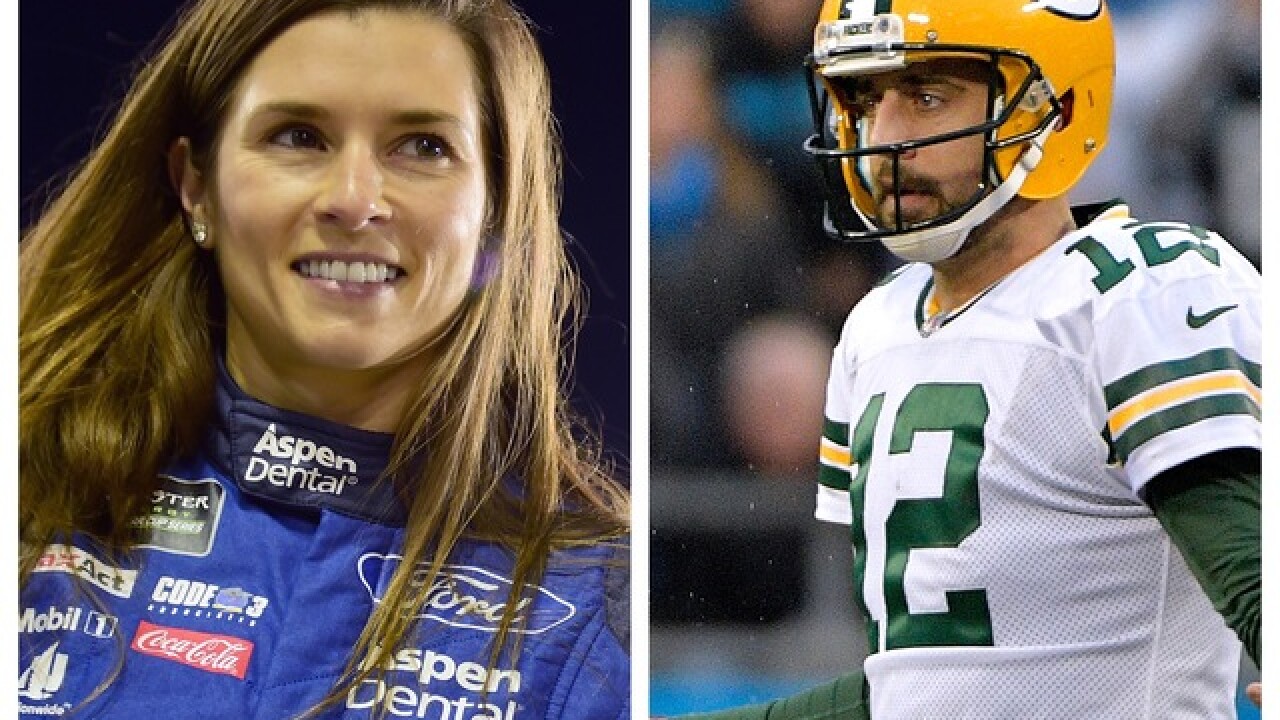 Even as a retiree, Danica Patrick is keeping herself busy. Whether it's hosting the ESPYS, finding love with Packers quarterback Aaron Rodgers or visiting the Dalai Lama, the former NASCAR driver isn't taking it easy.

The 36-year-old was recently on 'Jimmy Kimmel Live' and discussed hosting the award show as well as her budding relationship with the Packers quarterback. Patrick told Kimmel that she is, "like the biggest Packers fan" since her romance with Rodgers started at the beginning of the year. But it wasn't always like that for her.

"The hard thing is I grew up right on the state line of Wisconsin. So my dad grew up with all Packers fans. What he says is I'm not against the Packers, I'm against the Packer fans. So I don't know what that really means because now I'm a Packers fan. I guess we'll have to talk about that," she said.

Kimmel then asked who was the one driving when she and Rodgers go on dates. Patrick responded with a simple, "Aaron is a really good driver." High praise coming from a former professional driver.

Patrick and Kimmel then talked about her and Rodger's trip to India to visit the Dalai Lama and how he was not as excited to see them as they thought he'd be.

"At one point in time someone said, 'Aaron and Danica are very influential, is there anything, a message they can get across to people?' and he was just like, 'Next.'," she said.

Patrick ended her discussion of Rodgers by saying she doesn't plan on making fun of him on the award show.

"You got to do something about him." Kimmel said.

"You've got to call out the elephant in the room?" she said, "Or the hot guy in the room I should say."

The ESPYS are on July 18 on ABC. You can watch Patrick's full interview with Kimmel below: