Brett Favre to speak about concussions on "Megyn Kelly TODAY" 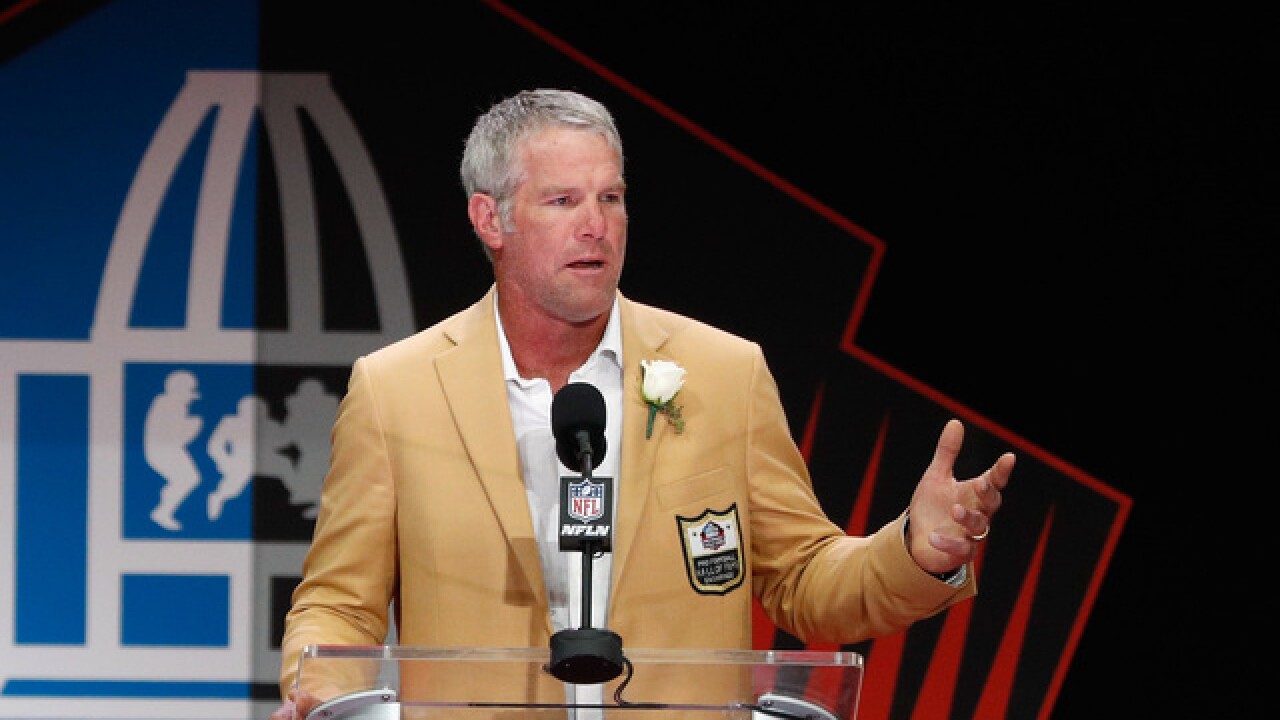 The 48-year-old told the Chicago Sun-Times back in March that he suffered concussions "probably 90 percent" of the times he was tackled.

Favre's career was officially ended when a concussion in 2010 knocked him out cold, but he said, "When the NFL finally implemented a concussion protocol in 2010, “it [was] 20 years too late.”

In a 2013 interview with Sports Talk 570 in Washington , he said he's already having memory issues. He's forgotten small things, like the location of his glasses, and seemingly obvious things like his daughter playing youth soccer when he was eight.

Back in January of this year, he told CBSSports.com's Pick-Six Podcast that he would prefer his grandsons play golf instead of football.

Favre said he wouldn't discourage the boys of eight, three and under one year old, but wouldn't encourage them either.

As for the other athletes on the panel, back in 2010, Warner told CNN in a 2010 interview  that playing through a concussion is just a part of the game.

Warner said he thinks 100 percent of NFL players have played through some sort of unreported concussion in their career.

In a 2016 interview with the Chicago Sun-Times Gordon Wittenmeyer , Ross called concussions miserable and a nightmare.

In 2013, Wambach famously had a concussion mishandled. She was drilled in the head but nobody said anything for 11 days.

The U.S. Soccer Federation said that is wasn't handled as it should have been.

Clearly, across all sports, concussions are an issue, and this panel will try and shed a light on the issue.