Bart Starr-owned convertible up for auction 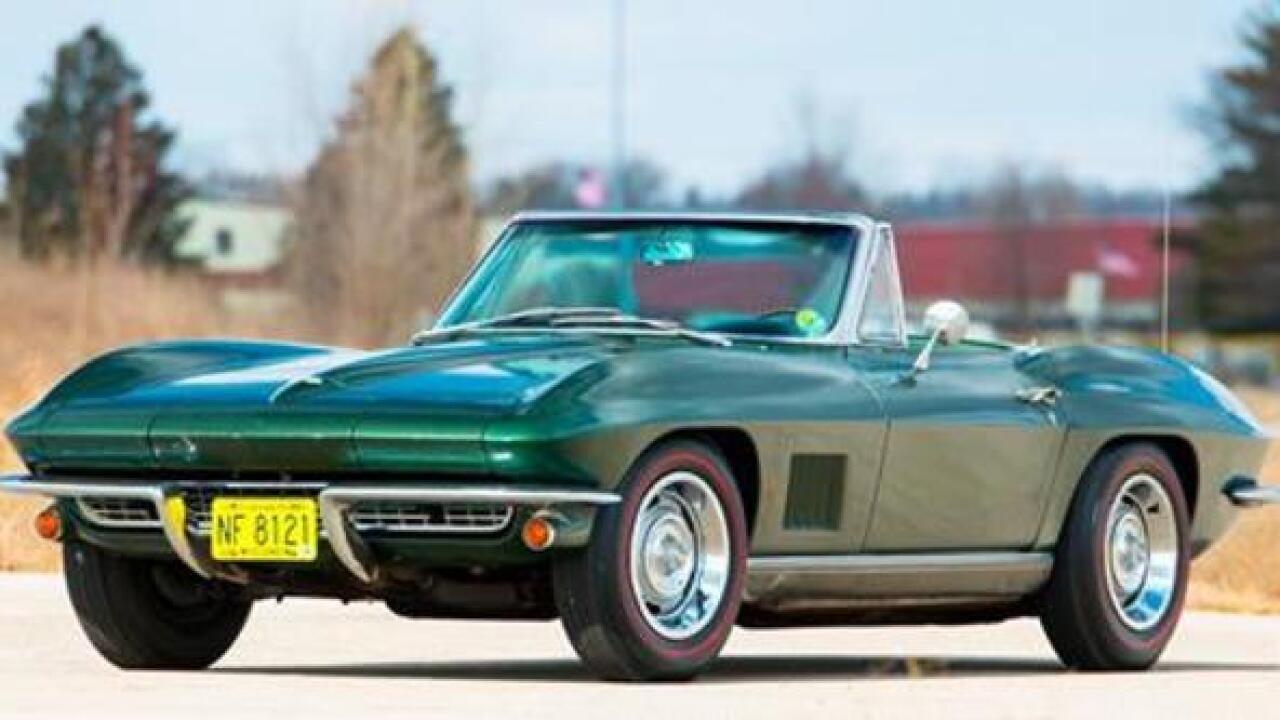 Riding top-down in a 1967 Chevy Corvette convertible previously owned by Bart Starr sounds like the perfect summer day for a Packers fan, but making this dream a reality won't be cheap.

Mecum Auctions announced the green convertible gifted to the Packers legendary quarterback after winning the Super Bowl I MVP award would be auctioned off on May 18 at the Mecum Spring Classic in Indianapolis, Indiana.

The car belonged to Starr until the 1980s, when it found it's way into private hands and was eventually purchased by a heralded restorer in hte 1990's who returned the car to almost it's original condition.

The car is believed to have almost 48,000 miles on it and has a documented sticker on the tank that reads, "Courtesy Delivery - B.Starr."

It also features rally wheels with bias-ply Redline tires, a new Dewitts radiator (with the original included) and stainless steel sleeved brake calipers. The engine is 327/300 HP with a 4-speed transmission.