Former President Bill Clinton, among others, spotted at Bucks Game 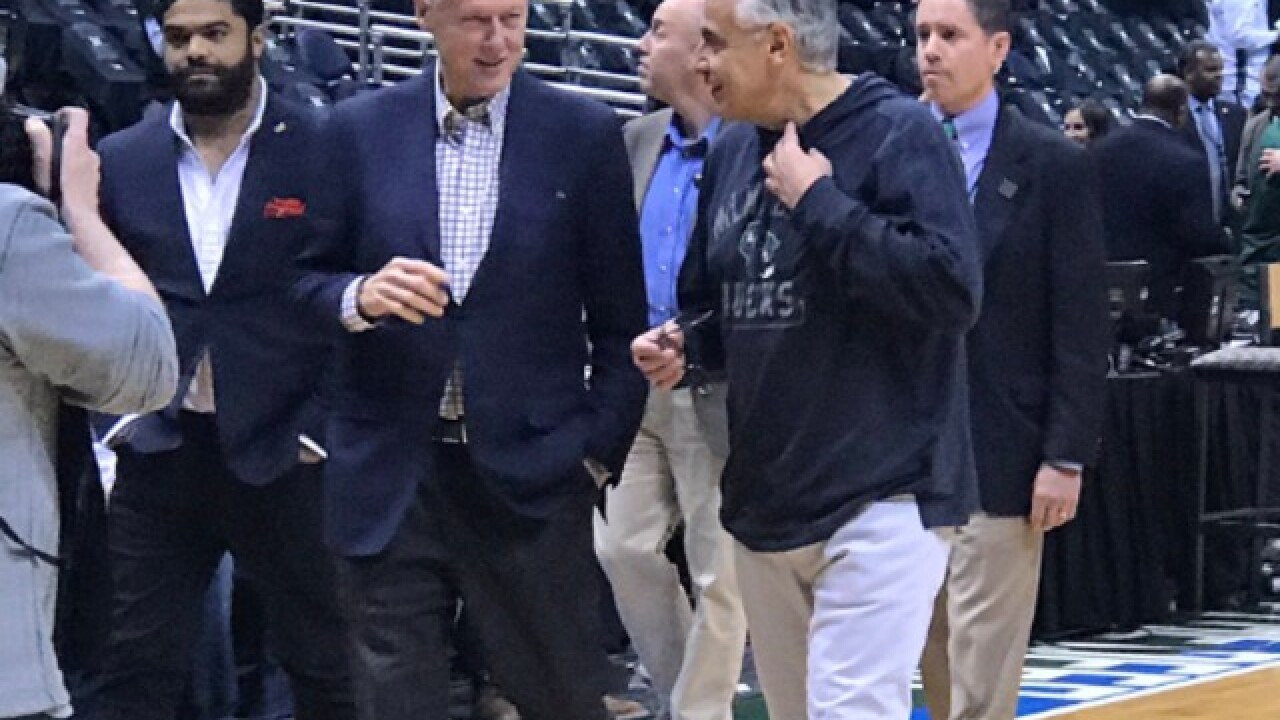 The high profile matchup between the Boston Celtics and the Milwaukee Bucks drew some big names to the BMO Harris Bradley Center, including former President Bill Clinton.

The former commander and chief was sitting courtside and was on the court shaking fans hands before the game.

Also, former Senator and owner Herb Kohl was sitting next to the NBA Commission Adam Silver.

“It must be a pretty big game if they are all here. It is pretty cool,” said Vicki Clutterbuck from Delafield.

As fan came into the Bradley Center Thursday night they were ready for a battle.

Some even brought their lucky charms hoping for the W.

“When my dad was a kid he came to the Mecca to see the Bucks and they sold these for $3 and he saved up his money to buy every team and then he gave them to me and I put them on my Bucks hat,” said Jake Gonzalez.

But as pumped as they were for the game, some Packers fans said they have never missed an NFL Draft and they weren’t going to Thursday night. The Bucks even had the TVs around the arena tuned in.

“I have my phone ready, have it on ESPN as well, ready for the draft,” said Rodney Humphrey of Milwaukee.

“We’ll get the updates on our phone and we will be good to go,” said Mason Ross of Green Bay.

But some Game 6 deserves total focus and they did not want to miss a minute.

“Once I get home I’ll check to see who the Packers drafted,” said Gonzalez. “Full attention on the Bucks Game.”