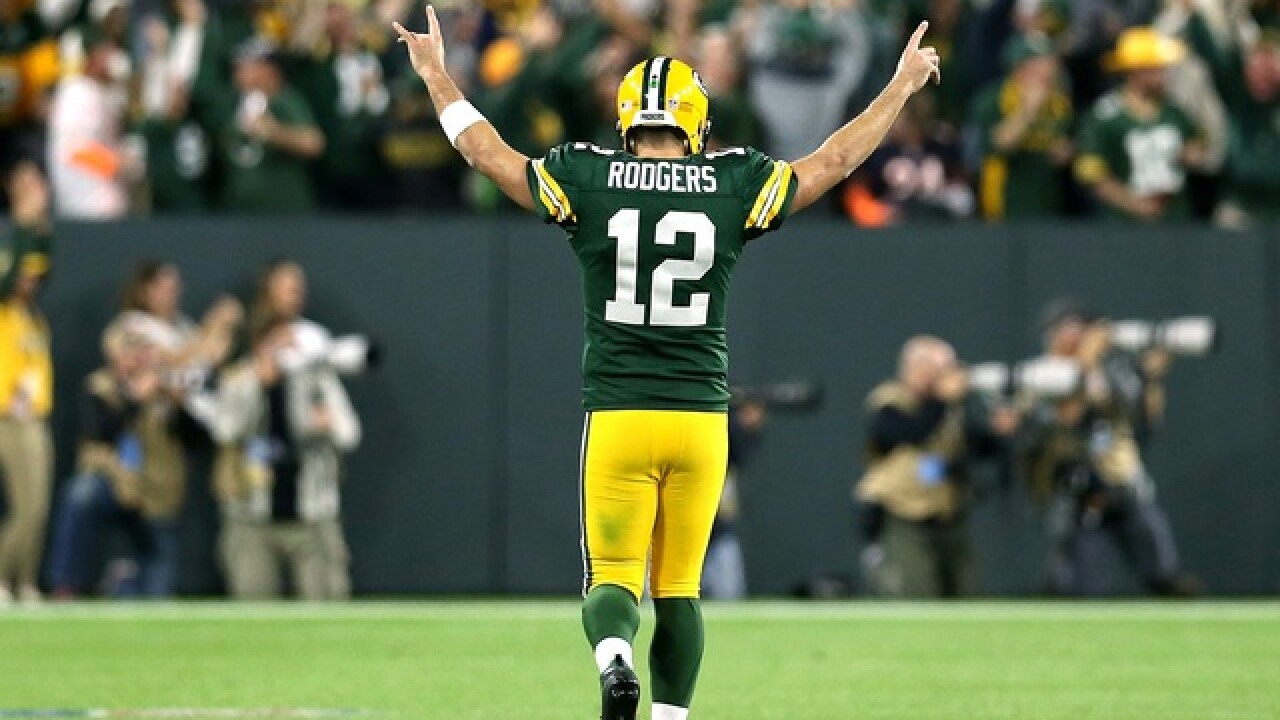 Rodgers was interviewed by Sunday Night Football last week and said "we feel like we are America's Team."

Rodgers did acknowledge that other NFL teams have called themselves America's team throughout the league's history, most notably the Dallas Cowboys, but argued that the Packers history and success through 100 years makes them worthy of the title.

On Sunday Night, @AaronRodgers12 will lead the @Packers into their 100th season of football. #SNF pic.twitter.com/ZUPwUuXJU6

Despite spraining his knee in the first half of last Sunday's season opener against the Bears, Rodgers came out in the second half and lead one of the greatest comebacks in Packers history, overcoming a 20-0 deficit. The Packers won 24-23 and are 1-0.

This week they will host the Minnesota Vikings on Monday Night Football. Their star quarterback's status is still unknown.