Aaron Rodgers says he has a sprained knee 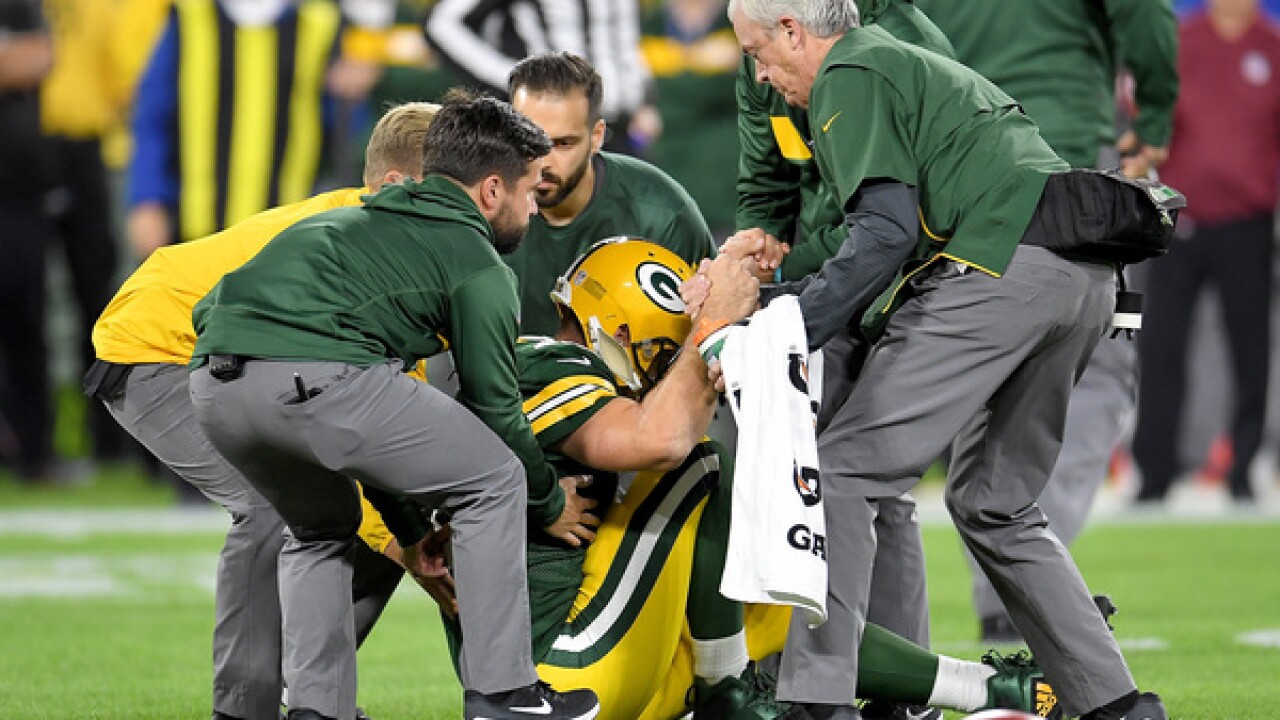 Copyright Getty Images
Stacy Revere
<p>GREEN BAY, WI - SEPTEMBER 09: Aaron Rodgers #12 of the Green Bay Packers is helped off the field after injuring his leg in the second quarter of a game against the Chicago Bears at Lambeau Field on September 9, 2018 in Green Bay, Wisconsin. (Photo by Stacy Revere/Getty Images)</p>

Aaron Rodgers is calling his injury a "sprained knee" according to an ESPN report.

Rodgers told ESPN that he hasn't taken any pain medications Sunday night because "he doesn't like."

Rodgers also told ESPN that he feels "a little better every day" and says he did not practice today.

Aaron Rodgers called his injury a "sprained knee." He said he didn't take any pain medications on Sunday night because he doesn't like them. "There was a lot of adrenaline," he said, "and (it's) pretty sore the last three days." He said feel "a little... https://t.co/oo4C2VGTiI

The Green Bay Packers' all-world quarterback will be participating in a limited way in practice Wednesday due to his injured knee.

Rodgers had said Tuesday he is taking recovery "one day at a time" after being hurt Sunday against the Chicago Bears. Rodgers led a comeback from 20 points down after returning to the game, and the Packers beat Chicago 24-23.

Aaron Rodgers isn’t the only key injury on #Packers offense. Receiver Davante Adams also missed early practice periods Wednesday with an undisclosed injury. We’ll see what the ailment is when injury report is released this afternoon.

WTMJ's Greg Matzek will be at practice, where he will also take part in a scheduled group interview with Rodgers.

Check back for more on this story as details come in to us.